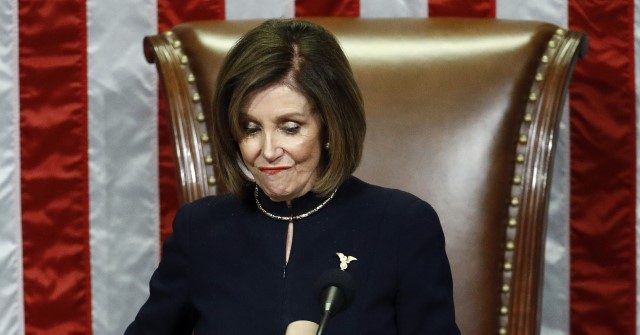 Maneuvering to replace House Speaker Nancy Pelosi has begun, the Washington Post reported Monday about the expectation that Pelosi will retire after the 2022 midterms.

Those vying to replace Pelosi include members from the far-left and more temperate Democrats, which is likely to produce infighting within the Democrat Party.

“Rep. Hakeem Jeffries (N.Y.) is the early favorite to become the next Democratic leader, but the maneuvering for power has just begun,” the Post reported, “and fights over who else should be on the leadership team could pit the ideological factions of the caucus against each other.”

As President Biden has failed to pass several radical measures to reshape the country in the image of a welfare state, the Democrat infighting is expected to surround the question of how to resurrect Biden’s failed agenda.

“Whoever it is, I hope they would adopt progressive positions and also listen to the broad caucus and build consensus,” said far-left Rep. Ro Khanna (D-CA), who is rumored to be the lead candidate to replace Pelosi.

Radical Rep. Pramila Jayapal (D-WA) also told the Post she hopes an establishment Democrat does not win the role.

“I think there was a ‘holding of power’ model that worked very well for a long time, and I think now it is more about a recognition of different centers of focus within the Democratic caucus that have to be brought in and brought together,” Jayapal said.

But establishment Democrats have a different perspective.

Rep. Joyce Beatty (D-OH), chair of the Congressional Black Caucus, told the Post she would like to see a black American as House speaker, which is perhaps an endorsement of House Majority Whip James Clyburn (D-SC).

“Certainly I would like to be able to say that I was part of the process that had the first Black American to be speaker of the U.S. Congress,” she said.

In response to the rumors of Clyburn’s succession plans, he told the Post the party must be very careful who it selects.

“I’ll just simply say this: We have to be very, very careful. There has to be a healthy balance of strength and experience,” he said.