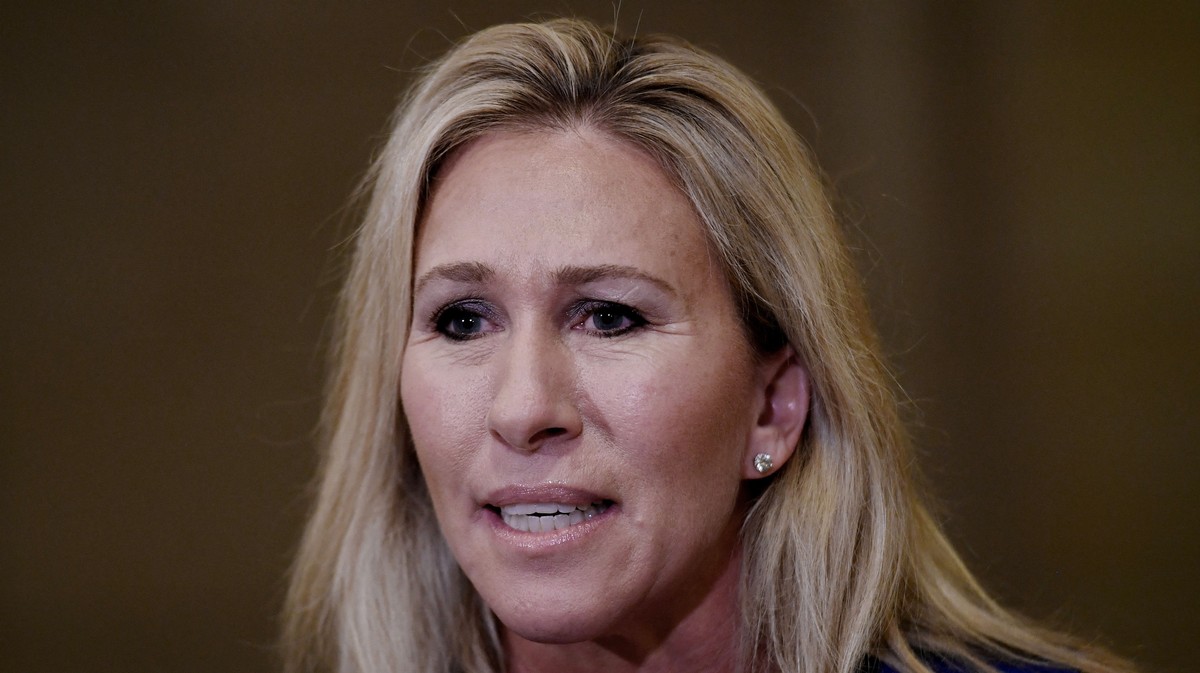 Georgia Rep. Marjorie Taylor Greene’s refusal to wear a mask in violation of House rules has cost her more than $63,000 and counting, she said Tuesday—meaning more than a third of her congressional salary has been deducted so far this year due to masking fines.

Greene told a reporter from The Hill on Tuesday that she’s “up to $63,000” in masking fines this year. House members are paid $174,000 a year, meaning Greene has so far forfeited more than 36 percent of her salary this year.

Unprompted, Greene also said she still hasn’t been vaccinated against COVID-19. Throughout the year, the Georgia Republican has vacillated between saying she’s unvaccinated and decrying the question as a violation of her HIPAA rights—which do not cover asking someone if they’re vaccinated.

“I’m not vaccinated either. And I won’t be getting vaccinated. And that’s my own personal choice,” Greene said. “I support people that want the vaccine. If anybody wanted one, I would drive them to go get one because I support people’s freedom to make their own decision.”

“But I do not want to get the vaccine myself, and I don’t need to wear a mask,” she added. “It’s not changing anything.”

House Democrats implemented the mask rule in January after several members tested positive following the Capitol riot, which saw dozens of lawmakers sheltered close together. Members are fined $500 for their first offense and $2,500 for their second offense and all offenses after. They aren’t allowed to pay the fines through fundraising; it has to be deducted from their checks.

Greene isn’t the only Republican who’s been hit with fines for their refusal to wear masks. Georgia Rep. Andrew Clyde has been fined more than $30,000 this year for mask violations and avoiding the House metal detectors installed after Jan. 6, according to the Georgia Recorder.

Greene, along with fellow GOP Reps. Ralph Norman and Thomas Massie, sued Speaker Nancy Pelosi over the mandate in July, arguing that it “appears to have been designed not for safety, but to compel symbolic speech.”

Greene’s latest declaration that she’s unvaccinated and will do nothing at all that might mitigate the spread of the virus—which has killed more than three-quarters of a million Americans—comes at a time when case numbers are starting to rise and threaten another winter surge, particularly in the Midwest and Northeast.

California, Colorado, New Mexico, and Arkansas have already bypassed federal regulators and opened booster eligibility to all adults who completed their two-shot series at least six months ago.

“I happen to believe as an immunologist and infectious disease person, that a third shot boost for an mRNA is likely,” White House chief medical adviser Anthony Fauci told ABC News Tuesday. “So that when we look back on this, we’re going to see that boosters are essential for an optimal vaccine regimen.”