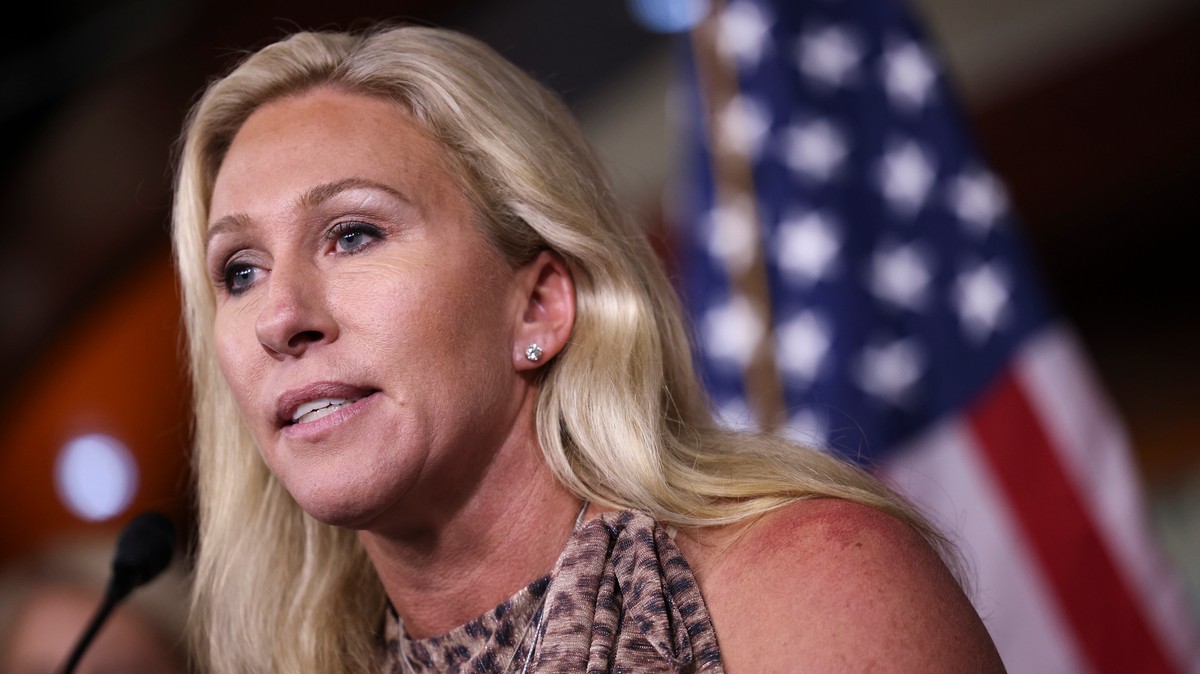 Georgia Republican Rep. Marjorie Taylor Greene claimed that the people behind bars for their alleged role in the Jan. 6 Capitol riots are being abused and mistreated in jail “because of the color of their skin,” implying that the mostly white defendants are being treated worse than other prisoners because of racism.

Greene also claimed that the defendants are being forced into “critical race theory training” by their court-appointed lawyers.

“They’re being represented by public defenders that call them white supremacists, tell them they have to denounce President Trump, tell them they have to denounce their political views, want them to watch videos and read books that basically it’s critical race theory training, in order for them to have this public defender represent them,” she claimed.

The wild claims came during a press conference alongside Arizona Rep. Paul Gosar, Florida Rep. Matt Gaetz, and Texas Rep. Louie Gohmert where the quartet decried the treatment of the small group of alleged rioters who have been jailed because they’ve been charged with some of the most serious crimes committed during the insurrection at the U.S. capitol.

It’s the latest salvo from the group of hardline conservatives, who have sought to paint the alleged rioters as political prisoners while rewriting the history of what happened that day.