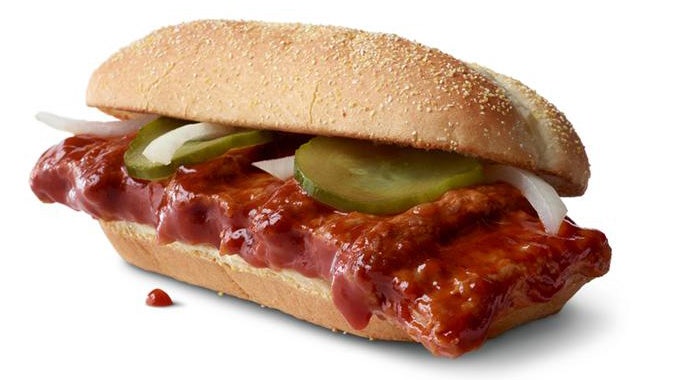 There’s an old saying “never see how the sausage gets made.”

The same can be said about the McRib.

A video on TikTok showing the process that McDonald’s workers go through to make the seasonal sandwich has gone viral. As is the case with a lot of fast food items, it looks much more appetizing after it’s been prepared.

A TikTok user named Isaiah, posting under the name Zaezae1098, posted the footage to his account under the title “How McDonald’s food works. McRib.”

The video starts with a McDonald’s worker pulling a frozen slab of meat out of a freezer drawer. While the meat has been shaped to look like a rack of ribs, it’s just a block of pressed meat. It’s then thrown onto a griddle, where a heating block is set on top of it.

A timer is then set to “McRib.”

While the meat cooks, the bread is toasted and onions and pickles are added. To be fair, this part of the process looks exactly as one would expect.

After the McRib is cooked, the worker opens a drawer that’s full of sauce. The meat is placed in the drawer so that it’s fully covered in sauce.

Since being uploaded, the video has been viewed over 6.4 million times.

Based on the comments, most users weren’t impressed with the process. One user wrote, “I have never had a McRib in my life. After watching this video, I am thanking my lucky stars.”

For others, however, the video didn’t change their opinion.