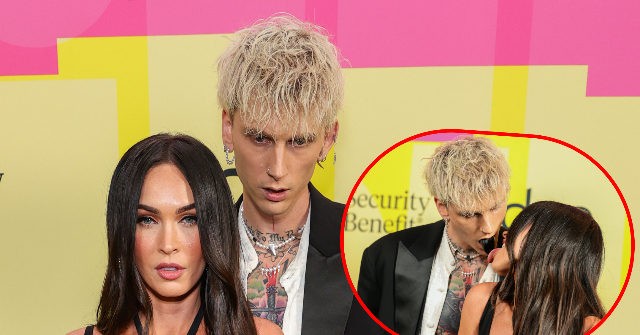 Actress Megan Fox disclosed that she and her fiancé rapper Machine Gun Kelly — whose real name is Colson Baker — drink each other’s blood “on occasion for ritual purposes.”

“It is used for a reason, and it is controlled where it’s, like, ‘let’s shed a few drops of blood and each drink it,’” Fox said. “He’s much more haphazard and hectic and chaotic, where he’s willing to just, like, cut his chest open with broken glass and be, like, ‘Take my soul, let me bleed on you.’”

“It doesn’t not happen, let me tell you, maybe not exactly like that, but a version of that has happened, and many times,” the actress added.

At another point in her interview with Glamour, Fox mentioned that her young son wears dresses, and that she had turned to books “written by transgender children” in an attempt to understand what was going on.

“Noah started wearing dresses when Noah was about two,” Fox explained. “I bought a bunch of books that sort of addressed these things. It addressed a full spectrum of, like, what this is, and some of the book are written by transgender children.”

Fox also teared up while talking about how she “can’t protect [her children] forever.”

“I send my kids to a school where the other parents are similar in their beliefs, so the kids aren’t — Noah is nine — and the other kids aren’t really on the internet the same way that, like, most kids are,” the actress explained. “So they know that their parents are famous, but they’re knowledge of it is very limited.”

“I knew that when they were very young I wanted to try to protect them however I could, and a lot of that had to do with limiting their exposure to the internet,” Fox said. “So far we’ve done a really good job, and maintained their innocence in a lot of ways, but I know I can’t protect them forever.”