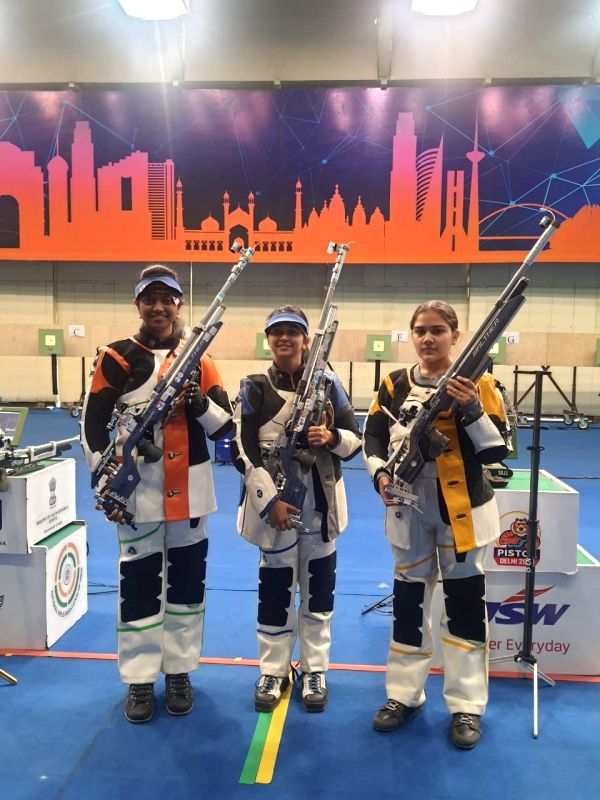 Haryana’s Anish won the men’s 25M Rapid Fire Pistol T3 gold even as his state-mate Nancy in women’s Air Rifle emerged the star of the day with three medals — one each across the senior, junior and youth categories, including gold.

On competition Day 10, Mehuli, who has now won three of the four trials in women’s 10M Air Rifle this year, was up against former world number one and Tokyo Olympian Elavenil Valarivan of Gujarat in the gold medal encounter. She prevailed 16-8 to win her second gold in the space of two days.

Haryana’s Nancy, who won bronze behind Mehuli and Elavenil in the senior category, then went down to Karnataka’s Tilottoma Sen in the Junior T4 final with the latter prevailing 17-7. However, she was not to be denied on the day as she won the Youth final over compatriot Ramita with a 16-10 score in her favour.