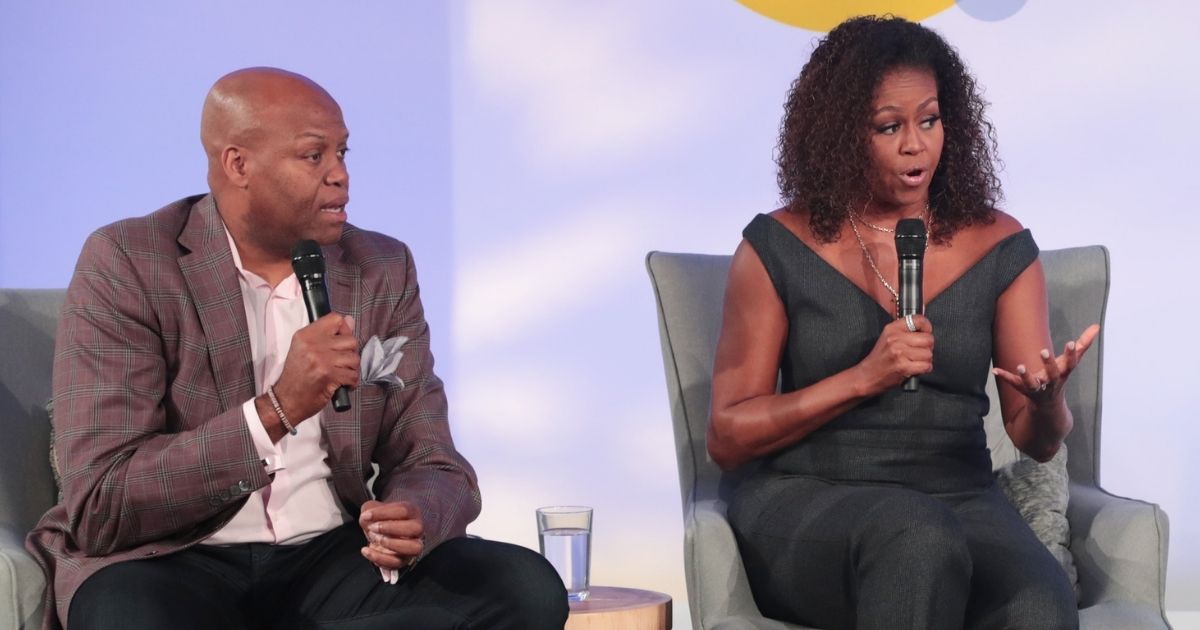 Usually, if a figure of any degree of prominence accuses an institution of racism, that institution is going to do a whole lot of hedging.

It doesn’t matter what the particulars are. In its public statement, the institution will acknowledge the trauma the individual must feel — and how generational trauma affects all people of [insert minority group here]. They’re conducting a full investigation. They can’t speak on the specifics due to privacy concerns/ongoing legal proceedings/etc., but they take the accusations Very Seriously™.

Thus, when former first lady Michelle Obama’s brother and his wife sue a private school claiming the disenrollment of their children was “retaliation” for their bringing up concerns of racial bias and the school straight-up calls it baloney and states there was “persistently disrespectful, bullying, or harassing behavior directed at our devoted and hardworking teachers and administrators,” you know things are really bad.

(Most schools will cower before wokeness, it’s worth noting — which is why The Western Journal has been on the side of parents fighting to get racial politics out of schools, including critical race theory. You can help us in our fight by subscribing.)

According to CNN, the University School of Milwaukee informed Craig Robinson — Michelle Obama’s brother — and his wife, Kelly, that their children, 11 and 9, no longer would be allowed to attend the prestigious Wisconsin private school.

“We cannot continue a relationship with your family,” read part of the letter, sent at the end of the last school year.

The parents were (of course) shocked and (of course) felt the decision involved racial animus over feedback they gave the school on its teaching methods. So (of course) they’re suing.

“We feel like they were retaliated against because we brought up some issues that were sensitive to the administration,” Craig Robinson said.

“The first thing we noticed was a repeated use of racial and ethnic stereotypes in actual classroom assignments,” added Michelle Obama’s brother.

However, neither of them brought up specific uses of “racial and ethnic stereotypes in actual classroom assignments” to CNN, something one would think would be easy to document.

The lawsuit, filed Monday, does allege that, in years past, the school required its fourth-graders to participate in an “Underground Railroad simulation” where some of the students would act as “slave catchers.” CNN characterizes the claim as being part of “a since-abandoned teaching style,” and it’s unclear how it affected the Robinsons or their interactions with USM.

Instead, the family is arguing it’s not what their issues were how the school dealt with their issues.

“It’s the way that they dealt with it and the fact that they didn’t want to confront the actual issue and instead retaliated against us and our children,” Kelly Robinson said.

The couple’s lawsuit alleges, “The School acted impermissibly to silence and to retaliate against those adversely affected by, and raising concerns about, the School’s unfair treatment of students of color and underrepresented students.”

In a blistering statement about the Robinsons’ media blitz, however, the University School of Milwaukee said its “enrollment decisions had nothing to do with complaints of inequity or discrimination and we intend to vigorously defend the school against any claim to the contrary.”

“We cannot and will not tolerate persistently disrespectful, bullying, or harassing behavior directed at our devoted and hardworking teachers and administrators,” the school continued.

“Such conduct that makes faculty feel unsafe not only violates our Common Trust pledge and Parent-School Partnership, but also interferes with USM’s operations and precludes a positive and constructive working relationship between the school and the families we proudly serve,” it said. “When such parental conduct threatens the educational environment we have created, we have no choice but to take action.”

Now, granted, the school didn’t exactly go full John McWhorter in its statement, and there were assurances aplenty that USM was indeed fully woked.

“We are committed to our justice, equity, diversity, and inclusion programming and do not tolerate discrimination of any kind. We encourage any member of our community who believes they have experienced or witnessed discrimination to promptly report it,” read one part of the school’s statement.

“Consistent with our established and enforced policies, all such reports will be taken seriously,” it said. “We actively encourage and highly value feedback from all our constituents regarding our educational programming. It is through continuously examining our practices and curriculum that we remain a strong institution.”

However, school officials also made it clear that while they can’t discuss the circumstances that led to the Robinsons’ children being disenrolled, it wasn’t, um, a minor kerfuffle, as far as they’re concerned.

“The decision to non-renew or terminate an enrollment contract is not unprecedented at USM — although it is a last resort,” the school said.

“We must abide by the principles of our mission to provide an exceptional education to all of our students in a supportive and inclusive community, built on the foundation of our mutual promise to relate to one another with respect, trust, honesty, fairness, and kindness.”

USM was blunter in its letter to the Robinsons, according to CNN.

“You neither demonstrated respect for their expertise and professionalism nor consistently related with them in a respectful, trustworthy, fair, or kind manner,” the June 2021 letter read in part. “You repeatedly engaged in disrespectful and demanding communications with and about our teachers and administrators.”

The Robinsons insist that wasn’t happening.

“Their statement is as astonishing as it is revealing,” Craig Robinson said, claiming, “The tone with which we were giving ideas was just like we’re talking to you.”

CNN reported the Robinsons have “heard from others who shared similar experiences.” None of these individuals is a party to the lawsuit, nor have they come forward to give interviews about it.

There is, it must be noted, an online petition that’s gotten over 200 signatures from “alumni, parents, and even students.”

However, for the most part, online petitions are basically worth the paper they’re printed on, particularly when signatories are in the low three digits. Short of a retweet, there’s no lower-energy sign of support for a cause than signing an online petition — and it’s unclear how many, if any, of the signatories have insight into the matter beyond the fact it reinforces their pre-existing cognitive biases.

For right now, the Robinsons are going forward with their suit, hoping to prove in court that there’s a “broader pattern, extending over many years, of unfair treatment and insensitivity by USM toward its students of color and underrepresented students.”

Perhaps they will manage to prove this to a jury.

However, from the paucity of the evidence the Robinsons provided in their interview with CNN and the school’s rather blunt, unequivocal take, I wish them good luck. They’re going to need it, no matter how many media hits they do.