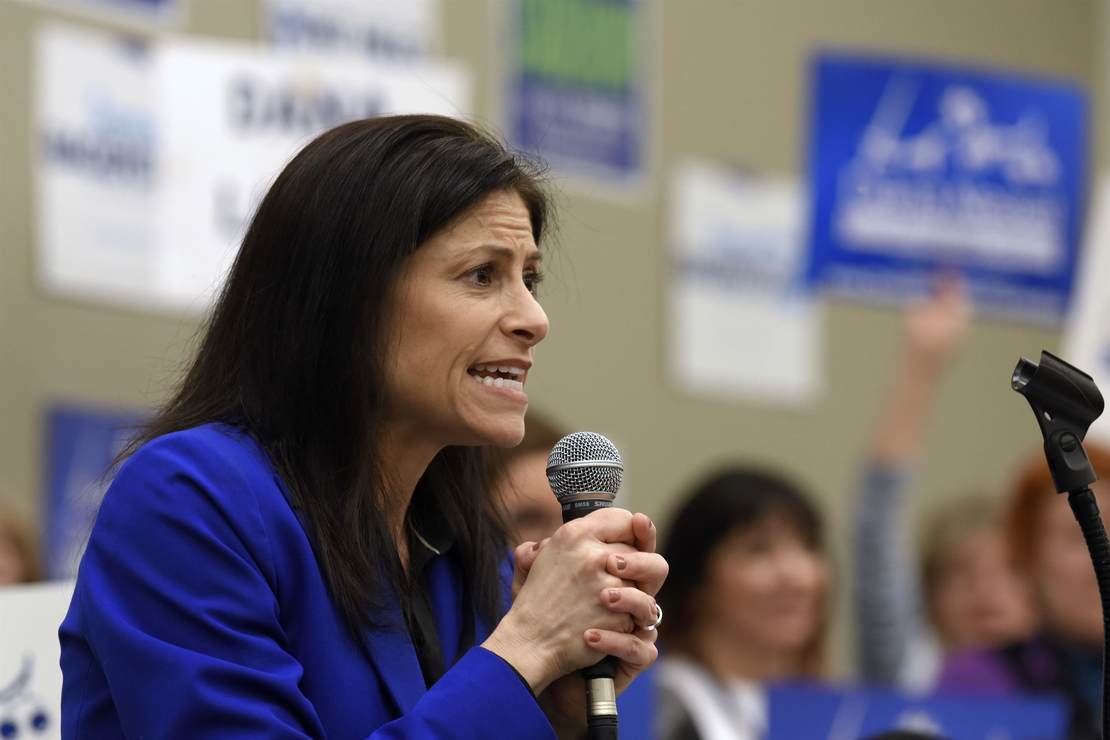 How in the world did Attorney General Dana Nessel allow this to happen? The Michigan supreme court ruled today on a 6-0 vote that Michigan statutes explicitly prohibit judges in that process from issuing indictments. That means former governor Rick Snyder and eight other officials are off the hook. And not for the first time either, thanks to Nessel:

In bringing charges last year against Michigan officials, including former Gov. Rick Snyder, prosecutors said they had failed to protect the safety and health of Flint residents, who were sickened by increased levels of lead and by Legionnaires’ disease after the city’s water supply was switched to the Flint River in April 2014.

But prosecutors appointed by Attorney General Dana Nessel, a Democrat, relied on a one-man grand jury to issue indictments against Mr. Snyder, a Republican, and eight others, including the former state health director and the state’s former chief medical officer. The Supreme Court said Tuesday that single-person grand juries could not be used in that way.

That’s right — apparently Nessel and her team didn’t bother to read the statutes governing the process. The court was unanimous, as well as “unequivocal and scathing” in its rebuke to Nessel, according to one defendant’s attorney. The controlling opinion is rather tame, but the concurrence from Judge Bernstein brings a little more fire:

Clearly, and as this Court’s decision aptly recognizes, a preliminary examination serves a crucial function for criminal defendants in our adversarial system. It allows defendants to learn about the specific criminal charges they face, confront allegedly incriminating evidence, and prepare a defense. The prosecution argues that the Legislature, through the statutes in question, has given it the discretion to opt out of a preliminary examination, as the prosecution did here. This assertion is quite alarming, and were it true, the prosecution would have the power to decide whether to grant a defendant permission to probe and challenge the charges against them before being formally indicted. Such a result runs afoul of the basic notions of fairness that underlie our adversarial system. I do not believe we can tolerate such a procedural offense. …

Put simply, the prosecution’s power to charge individuals and haul them into court is constrained by certain preconditions. We recognize today that, under these circumstances, one of those preconditions is required by statute—a preliminary examination. The prosecution cannot simply cut corners in order to prosecute defendants more efficiently. To allow otherwise would be repugnant to the foundational principles of our judicial system.

Technically, Nessel could restart the whole process with a regular grand jury, since nothing in this order requires the lower court to dismiss these cases with prejudice. To do so, however, would require another massive use of time and resources, not to mention hauling witnesses again to a grand jury and hoping that they’re willing to cooperate. More to the point, it would raise questions as to why Nessel didn’t use a normal grand jury in the first place.

The Associated Press wondered about that as well in this “astonishing defeat”:

Nessel assigned Hammoud to lead the criminal investigation, along with Wayne County prosecutor Kym Worthy, while the attorney general focused on settling lawsuits against the state.

Hammoud and Worthy turned to a one-judge grand jury in Genesee County to hear evidence in secret and get indictments against Snyder and others.

“There are no velvet ropes in our criminal justice system,” Hammoud proudly declared in 2021 when charges were filed. “Nobody — no matter how powerful or well-connected — is above accountability when they commit a crime.”

But she and her team, acting on Worthy’s recommendation, didn’t follow a traditional process. Hammoud still hasn’t publicly explained why.

What makes this particularly galling is that it may have been unnecessary in the first place. When Nessel took office, the New York Times notes, fifteen Michigan officials had been indicted using the normal grand-jury process. Nessel had those indictments tossed:

The charges brought by Ms. Nessel’s team were a second attempt at prosecuting officials for what had happened in Flint. Before Ms. Nessel took office, her Republican predecessor helped oversee cases against 15 state and local officials for crimes as serious as involuntary manslaughter. But Ms. Nessel’s team had those cases dismissed in 2019 before filing new charges against several of the same officials.

Perhaps there’s a rational explanation for that that doesn’t involve Nessel and her team grandstanding for political effect. If there is, Michigan voters will no doubt want to hear it. That may also create some problems for Nessel if she tries to go back for what would be a third attempt at prosecuting the same people because of prosecutorial incompetence in Nessel’s office. At some point, the process will have become punitive in itself, and certainly looks more political than prosecutorial at this point.

That doesn’t mean that the people of Flint should have to forgo justice in the case of these alleged crimes. However, at this point it may be better for Gov. Gretchen Whitmer to appoint outside counsel to investigate and prosecute any alleged crimes from the Flint water crisis, and to use a proper grand jury too.