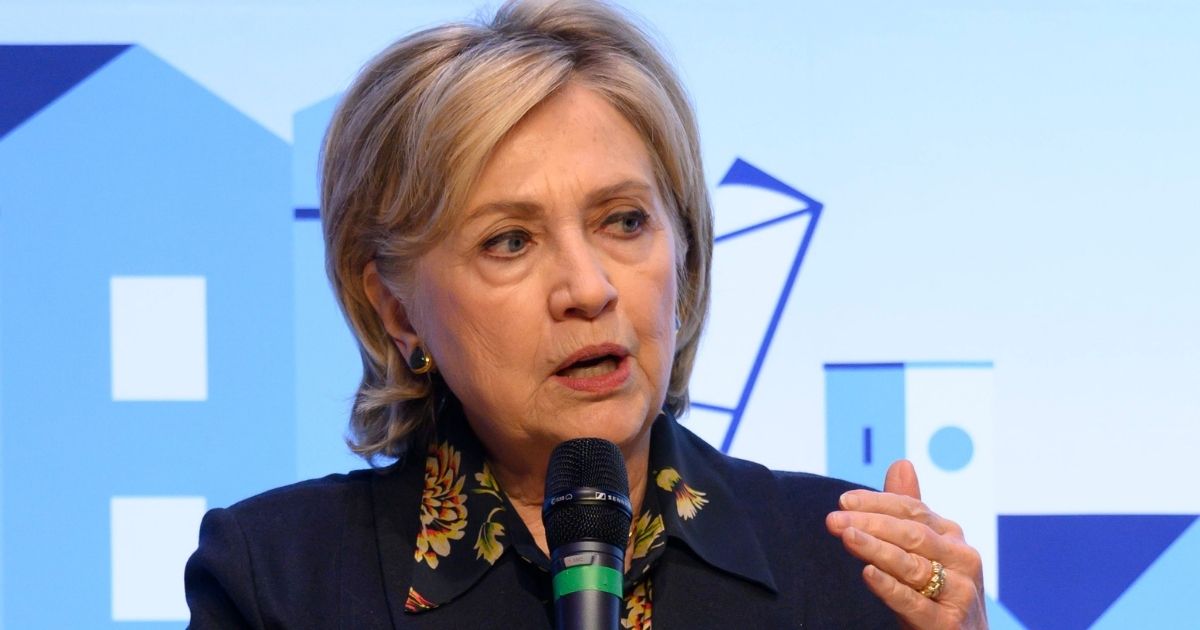 Hillary Clinton got herself dragged on Twitter last week after putting out a fundraising request for the shady non-profit she founded with her husband, former President Bill Clinton.

I mean, she had to have seen this coming. The Clinton Foundation has long been suspected by political opponents of serving as a thinly veiled front for Clinton pay-to-play operations,

The appearance of impropriety hasn’t abated since Hillary’s shock defeat by Donald Trump, when it became clear she was not headed to the White House and, just like that, donations to the organization conspicuously plummeted.

So when Clinton issued a request to her Twitter followers to consider donating to the notorious non-profit, more than a few users noted cynically that her particular brand of charity usually seemed to be aimed at benefitting the Clinton family more than anyone else.

If you’re able to give, I hope you’ll consider supporting the life-changing work of the @ClintonFdn. https://t.co/DUZHJS2AOH

“If you’re able to give,” she wrote, along with a retweet of a Clinton Foundation post that touted some of the work it professes to do, “I hope you’ll consider supporting the life-changing work of the @ClintonFdn.”

Some Twitter users thought that the Clinton brand of “life-changing” might not necessarily be a good thing, pointing to oft-cited criticism that the Clintons had botched the Haiti earthquake recovery effort in 2010 when Hillary was U.S. Secretary of State and Bill Clinton was the United Nations special envoy to Haiti.

Life changing. Hey at least it’s not a lie. I imagine some Haitian children had their lives changed.

Tell that to the Haitians.

It’s only “life-changing” for your bank accounts. See Haiti.

I’m sure the people in Haiti still waiting for the relief you promised them would love to actually SEE something from you!

Haiti called… they’re wondering about some money they were scammed out of.

Others pointed to longstanding allegations and conspiracy theories surrounding the political power couple’s foundation and beyond:

Will it benefit the families impacted by benghazi?

You have no shame. Your chutzpah is limitless.

When Hillary asks to support the Clinton Foundation’s “life-changing” work why do I immediately think about Ghislaine Maxwell’s recent conviction?

Some pointed to multi-millioniare Hillary’s own net worth, as she and Bill have both certainly enriched themselves during their many years in politics (the couple took in $240 million between 2001, when Bill left the Oval Office, and 2016, when Hillary ran to return to it, according to Forbes.)

It doesn’t help the Clintons that all of those years in the public eye have been marked by accusations of corruption and suspicion of wrongdoing ranging from violent sexual assault and subsequent cover-ups to dirty real estate schemes, shady political disinformation campaigns, and the aforementioned pay-for-play scheme.

Dang…. Are donations mysteriously down in recent years? We should try to pin point some of the root causes to why clint foun wouldn’t see huge inflows of cash

Hillary Clinton, who took her 2016 loss very, very hard (in spite of the fact that she survived the Trump years without ending up in prison), seems to be taking full advantage of President Joe Biden’s spectacularly terrible first year in office to signal she might, yet again, throw her hat in the ring for the presidency.

If the Twitter reaction to her fundraising efforts on behalf of the infamous organization, however, doesn’t bode well.

Hillary never seems to have grasped that her loss to 2016 was not, in fact, due to Russian meddling or woefully dumb and impressionable white women whose husbands and bosses told them whom to vote for (both real reasons she’s given as to why she couldn’t beat Trump) but to her own stunning un-likeability as a candidate.

As decades of political reporting document, the Clintons have been followed by scandal and accusations of corruption as long as they’ve been in politics.

The sense that they’re crooked has clearly made an impression on the American people, one that is unlikely to be shaken in the #LetsGoBrandon era in which voters have never been more disillusioned with the Clintons’ brand of establishment party politics.