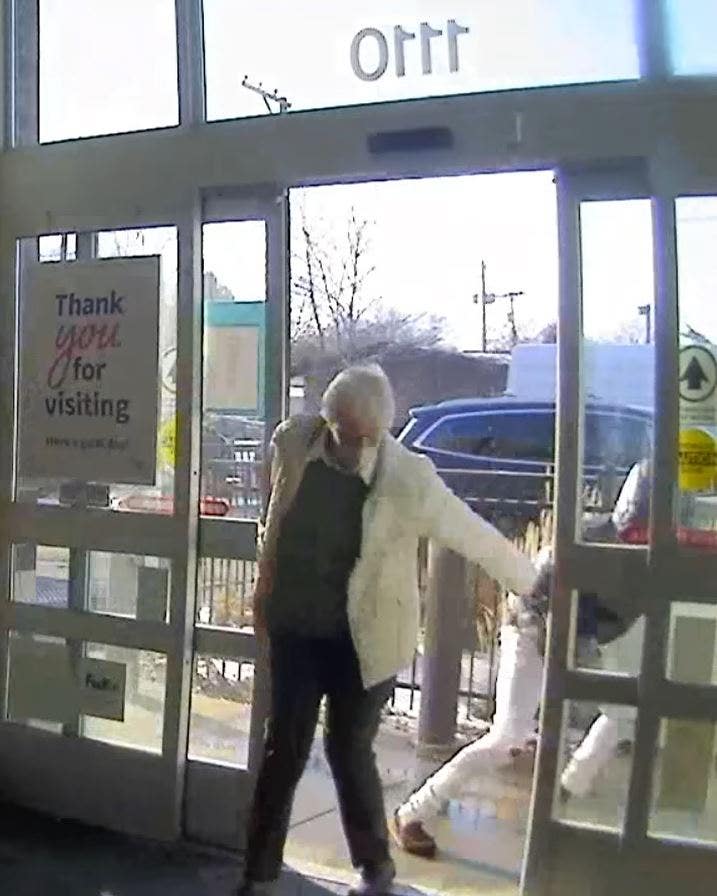 Minnesota investigators looking for a man captured on surveillance video allegedly knocking an elderly woman down while trying to snatch her purse as she walked into a Walgreens were tipped off as to the identity of the man by his own mother.

Isaiah Jamal Foster, 18, of Richfield, was already in the Ramsey County Jail in connection with a Tuesday carjacking of a woman and her young child, the St Paul Police Department said. His mother called the police and turned her son in to authorities, a police spokesperson told Fox News.

An 81-year-old woman was injured when a suspect thief tried ripping her purse from her as she was entering a Minnesota Walgreens in broad daylight.
(St.Paul Police Department )

Now he faces first-degree aggravated attempted robbery and third-degree assault resulting in substantial bodily harm for the Dec. 23 robbery outside the convenience store.

Security video from inside the Walgreens shows patrons entering. As an 81-year-old woman walks inside, a man is seen behind her ripping a purse out of her hands. As she tries to hold on, she’s violently dragged to the ground.

“She fell to the ground, hit her head and suffered a brain bleed, among other injuries,” the police department said in a Facebook post. “But she’s tough and didn’t give up her purse or the money inside and should be out of the hospital soon.”

A suspected thief seen on security video was linked to a Walgreens robbery where a woman was injured.
(St.Paul Police Department )

The woman experienced complications because of the attack, police said, causing her to miss Christmas with her family.

The alleged mugging is similar to another incident in which an 85-year-old woman was robbed at an Aldi grocery store a day earlier. She spent a week in the hospital after being injured when a man grabbed her purse in the parking lot as she was loading groceries into a vehicle, TwinCities.com reported.

Security footage captured an image of a man suspected of robbing an 85-year-old woman on Dec.22 in a grocery store parking lot.
(St.Paul Police Department )

The woman told the police that she ran after the suspect but he pushed her to the ground and her head struck the pavement.

She suffered a heart attack, two black eyes and lost $4,000 she’d withdrawn from the bank to buy Christmas presents. Authorities do not believe the two incidents were carried out by the same suspects.