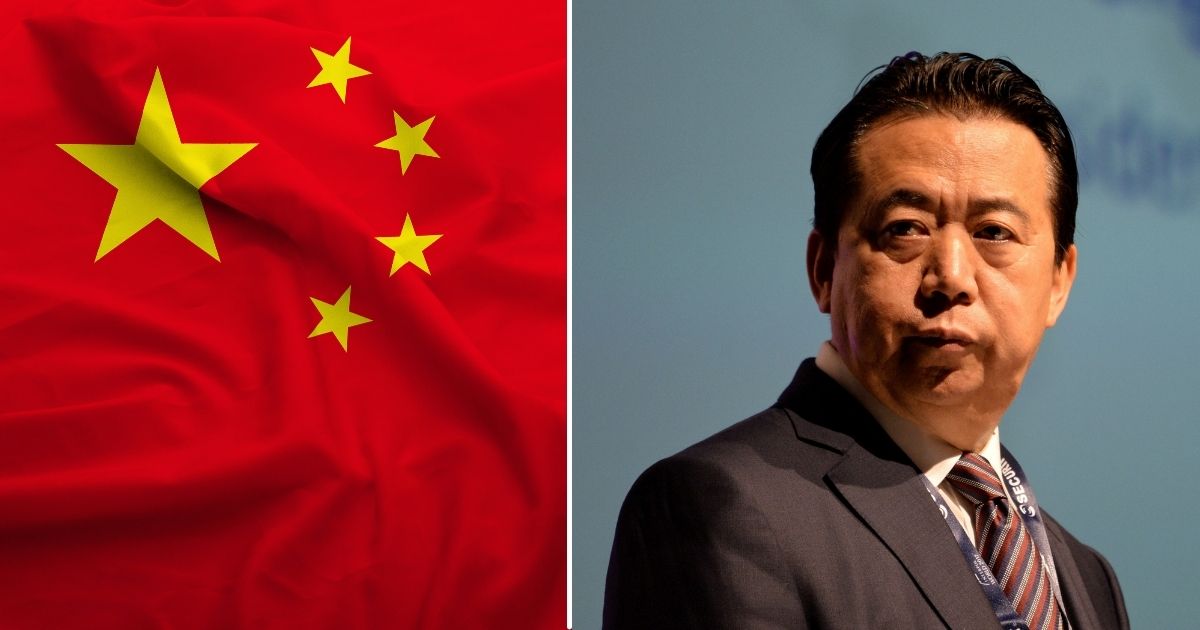 Grace Meng lives in a constant state of fear that, even as she lives under police protection in France, she and her children could still be targeted by agents of the Chinese Communist Party.

Meng’s husband, Meng Hongwei, was a high-level police official in China and a CCP insider before becoming the first Chinese president of Interpol, the organization that oversees international law enforcement coordination between member nations.

During a visit to China in 2018, he sent a last ominous text message to his wife — a knife emoji — and hasn’t contacted her since.

The Chinese government later confirmed that he had been arrested and charged with accepting bribes as part of President Xi Jinping’s crackdown on corruption, the BBC reported in 2020.

Over 1 million officials have been disciplined as part of this campaign. Critics like Grace Meng say it has been used to punish political rivals.

Hidden on Page 1,647 of Biden’s Huge Spending Bill Is a Plan Allowing Illegals to Get Billions of Dollars

Meng says her husband was not accepting bribes, as he “confessed” before being sentenced to 13 years in prison last year, but that he had been trying to use his position to push for change. This, she maintains, is what led to his fall from the party’s graces.

Meng has since disappeared in the vastness of the Chinese penal system. His wife doesn’t know if he is even alive.

This week, Grace Meng gave an interview to The Associated Press, showing her face to the world for the first time so that she can show the world the true face of the Chinese Communist Party.

“I have the responsibility to show my face, to tell the world what happened,” she said. “During the past three years, I learned … I know how to live with the monster, the authority.”

Should the U.S. be doing more to combat China?

The “monster” is the Chinese government. “Because they eat their children,” Meng said.

She called the case against her husband “fake.”

“It’s an example of a political disagreement being turned into a criminal affair,” she said. “The extent of corruption in China today is extremely serious. It’s everywhere. But there are two different opinions about how to solve corruption. One is the method used now. The other is to move toward constitutional democracy, to solve the problem at its roots.”

Just moments after she first spoke to the media about her husband’s disappearance back in 2018, the Chinese government released a statement claiming that he was being investigated for unspecified crimes. Then, Interpol announced that he had resigned, effective immediately.

Fleet in Danger? Metallurgist Comes Forward with the Truth About Navy Steel

“Can someone who has been forcibly disappeared write a resignation letter of their own free will?” she asked. “Can a police organization turn a blind eye to a typical criminal offense like this?”

It is certainly surreal to be told by our own leaders here in the U.S. that our country — the freest, most prosperous nation on earth — is seeped with irredeemable evil when we are living on the same planet as the most advanced authoritarian dictatorship the world has ever known.

Yet global leaders still treat China like a legitimate state, deserving of only the occasional symbolic slap on the wrist for its human rights violations and undeniable despotism.

This year, one of China’s biggest movie stars, Zhao Wei, simply disappeared. Most information about her was scrubbed from the Chinese internet. She turned up later, denying rumors that she’d fled the country in a since-deleted Instagram post.

Congregants in unauthorized Christian house churches and other religious minorities are routinely subject to intimidation and even, by some accounts, carted off to horrific “transformation facilities” where they are tortured for refusing to forsake their beliefs.

The government’s widely reported mistreatment of Uyghur Muslims in the Xinjiang province is so horrific, it was classified by the U.S. State Department as genocide last year.

If any foreign officials criticize the CCP for what it characterizes as combating “extremism,” they often find themselves sanctioned.

The same goes for foreign powers that express support for the autonomy of Taiwan, which China claims as its own.

Even American celebrities are not safe from the wrath of these tyrants — actor John Cena recently apologized with all the conviction of a repentant victim of the Chinese Cultural Revolution for daring to refer to Taiwan as a country.

Herein lies the sickest aspect of China’s rise to global dominance — and global dominance is its aim, make no mistake. As woke corporate America lectures the paying public about our own inherent desire to oppress others, it happily kowtows to Beijing so it doesn’t lose access to its massive consumer market.

If the Chinese government is a monster that will eat its own children, what do you think it will do to spineless Westerners who don’t have the gumption to call it out for what it really is?