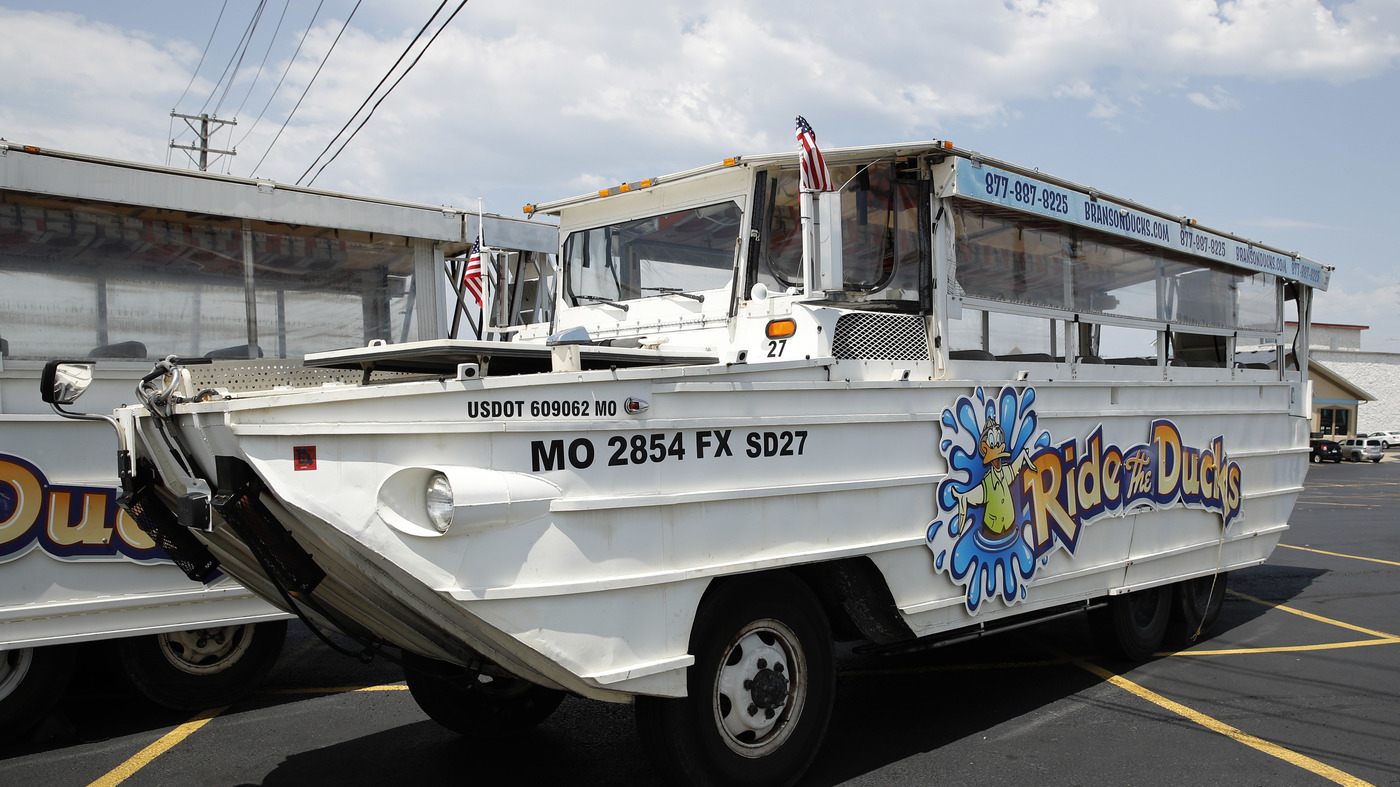 A duck boat sits idle in the parking lot of Ride The Ducks, an amphibious tour operator in Branson, Mo., on July 20, 2018.

A duck boat sits idle in the parking lot of Ride The Ducks, an amphibious tour operator in Branson, Mo., on July 20, 2018.

Missouri’s attorney general has refiled criminal charges against three men involved in the 2018 sinking of a duck boat in a lake near Branson that killed 17 people.

The criminal complaint accuses the captain and two employees of neglecting passenger safety when they chose to bring the Ride The Ducks tour boat — a World War II-era amphibious vessel — to Table Rock Lake as a storm approached.

Kenneth Scott McKee, who was piloting the boat when it sank, and employees Curtis Lanham and Charles Baltzell were charged.

Missouri Attorney General Eric Schmitt brought 63 counts against the three men, just days after a Stone County judge said the local prosecutor did not have enough evidence to hold a criminal case against them, including involuntary manslaughter, member station KCUR reported.

On July 19, 2018, powerful waves capsized the duck boat within 35 minutes of its departure from the terminal near the resort town of Branson. There were 31 passengers and crew members on board, including nine from the same family.

“There wasn’t a whole lot of rain, but the wind was tremendous,” KSMU Ozarks Public Radio’s Jennifer Moore told NPR in 2018.

In 2019, a federal grand jury indicted the three men on charges of criminal misconduct and negligence. The indictment portrayed a disregard for the storm, but the defense argued the lake was calm when the tour began. The boat was no match for the rare derecho, defense attorneys argued.

The federal charges were dismissed when a federal judge ruled that the Justice Department did not have jurisdiction over the case.

The NTSB said the boat wouldn’t have sunk if the U.S. Coast Guard had acted on recommendations sparked by another tragedy decades ago. In 1999, a duck boat sank in Arkansas, leaving 13 people dead.

Following the sinking of the Arkansas duck boat, NTSB investigators issued 22 recommendations, but only nine were implemented.

Schmitt’s decision to refile the charges comes as the Republican runs for the U.S. Senate.

“As I’ve said previously, my Office is committed to fighting for justice on behalf of the 17 people that were tragically killed in 2018 — that’s why we re-filed the charges in this case,” Schmitt said in a statement.

Attorneys for the defendants are disappointed in Schmitt’s decision, KCUR reported. “It’s a waste of time, it needlessly prolongs pain for all involved and Mr. Baltzell has not committed any crime,” said Justin Johnston, an attorney who represents Baltzell.

The Missouri attorney general’s office did not immediately respond to a request for comment.