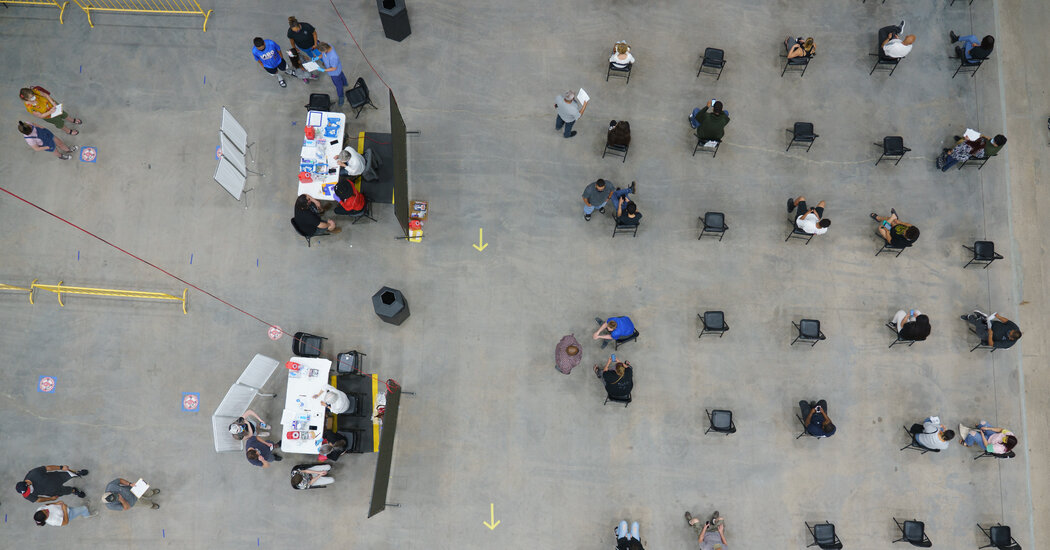 The Omicron wave is receding in states where the extremely contagious variant arrived later, and some governors are saying it’s time for pandemic-fatigued Americans to try to restore a sense of normalcy.

The United States remains in a precarious position, with hospitals overstretched and daily deaths above 2,500 and rising. While case counts are declining nationally and in some states — including Arizona, Utah, Colorado, North Dakota, Louisiana and Mississippi — where Omicron swept through more recently, they remain far higher than in any other period of the pandemic. And the spread of an Omicron subvariant that appears to be even more contagious has some experts warning that it could take longer than expected for the wave to wane.

The daily average of U.S. cases remains around 519,000 — more than double the worst statistics from last winter. Hospitalizations, which lag cases, seem to have topped out nationally, though they remain higher than last winter’s peak. Deaths, which lag more, are also at record levels in some states.

In a few states, like Washington and Montana, cases are still rising. And on Monday, Gov. Brad Little of Idaho activated the National Guard in his state to help keep hospitals functioning when many medical workers are out sick.

Despite all of this, some state leaders said that while new variants and, inevitably, another surge remained a threat, Omicron had brought the country closer to the endemic stage of the virus.

“We’re not going to manage this to zero,” Gov. Philip D. Murphy of New Jersey, a Democrat, said on NBC News’s “Meet the Press” on Sunday. “We have to learn how to live with this.”

Mr. Murphy was one of several governors who met with Mr. Biden at the White House on Monday. In wide-ranging remarks, Mr. Biden emphasized efforts to limit the pandemic’s impact on education.

“We’re going to try like the devil to keep schools open,” he said, because studies have shown “that losing a semester can put a kid back a year and a half.”

And in a news conference on Monday, the White House press secretary, Jen Psaki, suggested that the country had “the tools to get to a point where it does not disrupt our daily lives.”

Public health experts say the next phase will depend on what variants emerge and whether a sluggish vaccination campaign picks up speed. Herd immunity to the coronavirus, experts say, is unlikely to be achieved.

The spread of an Omicron subvariant known as BA.2 is yet another reminder of the unpredictable path the pandemic could take.

So far, BA.2 doesn’t appear to cause more severe disease, and vaccines are just as effective against it as they are against other forms of Omicron. But it does show signs of spreading more readily.

Dr. Anthony S. Fauci, the chief Covid adviser to President Biden, recently offered words of cautious optimism, saying he believed outbreaks could become much more manageable in the coming months — to a point where “they’re there, but they don’t disrupt society.”

As Omicron declines, Gov. Asa Hutchinson of Arkansas, a Republican, said the United States should remain vigilant but move toward treating the virus as endemic. He acknowledged that more variants were inevitable and called on the federal government to help states increase testing capacity and access to treatments.

“That’s where the federal government needs to step up,” he said on “Meet the Press” on Sunday. “Let’s take advantage of this going down to be prepared for what’s around the corner.”