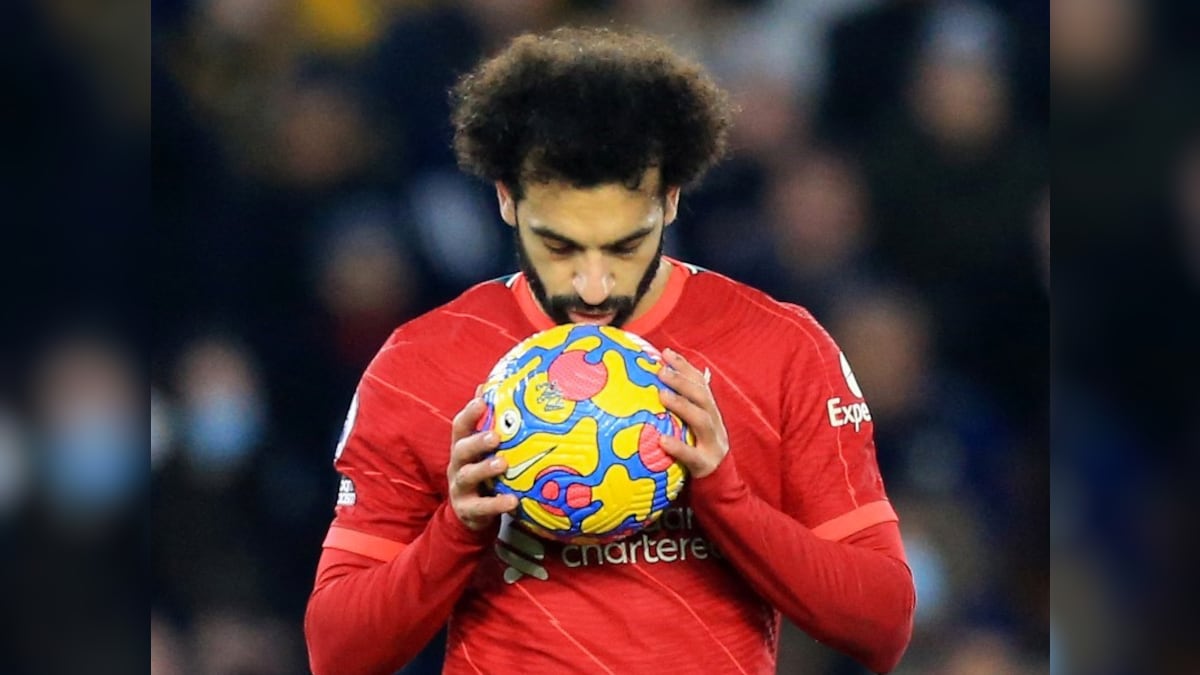 Mohamed Salah has been voted footballer of the year by sportswriters in England.© AFP

Liverpool forward Mohamed Salah has been voted footballer of the year by sportswriters in England, while Chelsea’s Australian striker Sam Kerr won the women’s award. Salah took 48 percent of the vote for the Football Writers’ Association award, ahead of Manchester City midfielder Kevin De Bruyne and West Ham midfielder Declan Rice. Salah, whose 30 goals this season have spearheaded Liverpool’s bid for a quadruple of trophies, is in talks about a new contract, with the club increasingly hopeful the Egyptian international will stay at Anfield.

The 29-year-old wins the football writers’ award for the second time.

Players from the two clubs locked in the Premier League title race, Liverpool and Manchester City, dominated the votes, with nine of manager Jurgen Klopp’s Liverpool squad nominated and a total of six City players recognised.

Salah and Kerr, 28, are set to receive their awards at the Footballer of the Year dinner in London on May 5.

FWA chair Carrie Brown said: “Both Mo and Sam have been outstanding this season, breaking records for both club and country.

“As well as their performances on the pitch, they are leaders and standard bearers of excellence at their clubs and respective leagues.”