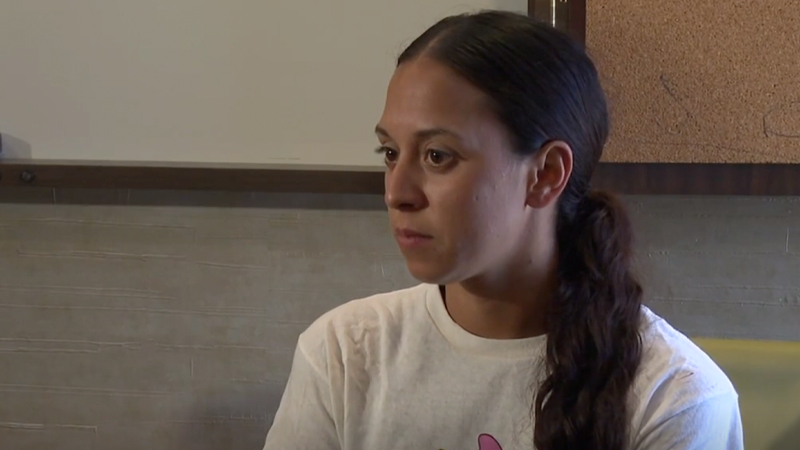 The hero mom who rescued her children during the Uvalde school shooting that left 21 dead claims police in the small Texas town are harassing her for speaking out against them.

Courageous mom Angeli Rose Gomez managed to enter Robb Elementary School during a gunman’s rampage last month after she was arrested by officers on the scene while she begged police to rush the school.

Angeli Gomez is still being harassed by Uvalde cops, to the point where she’s sent her 2 boys to stay elsewhere so they “don’t feel like they have to watch cops passing by, stopping, parking” at home. She’s gonna sue along with at least 15 other parents.https://t.co/EENgBYKpCT

In a recent interview with Fox 29 San Antonio, Gomez claimed she’s now being harassed by Uvalde police at her home for humiliating the department by seemingly doing their job for them.

Ever since that harrowing day, Gomez says she has faced scrutiny from law enforcement, even at her own home, “the other night we were exercising and we had a cop parked at the corner like, flickering us with his headlights.”

Because of these incidents, Gomez said she has had to separate from her boys, “just so my sons don’t feel like they have to watch cops passing by, stopping, parking.”

The mom called out Uvalde police following their inaction that day, criticizing them for failing to mobilize in a timely manner against the killer who was inside murdering innocent children.

The mom that ran in and saved her kids after being handcuffed in Uvalde finally spoke out. pic.twitter.com/wHNouRkCY7

“The police were doing nothing,” she told the Wall Street Journal in the days following the incident. “They were just standing outside the fence. They weren’t going in there or running anywhere.”

In an interview with CBS earlier this month, Gomez claimed police threatened to charge her with obstruction of justice if she continued to speak out.

“According to Gomez, the police subsequently contacted her and said that the media attention she was generating for criticizing them could lead to obstruction of justice charges. (Gomez is on probation for unspecified though decades-old charges,)” reports Reason.com.

Fox 29 reports despite the harassment, Gomez continues to protest against the pitiful police response that day and advocate for the removal of Uvalde CISD Police Chief Pete Arredondo.

She’s also planning to file a lawsuit against police seeking restitution for the department’s wrongdoing.

SHOCKING: Uvalde Police Never Even Tried To Get Into Classroom To Save Children