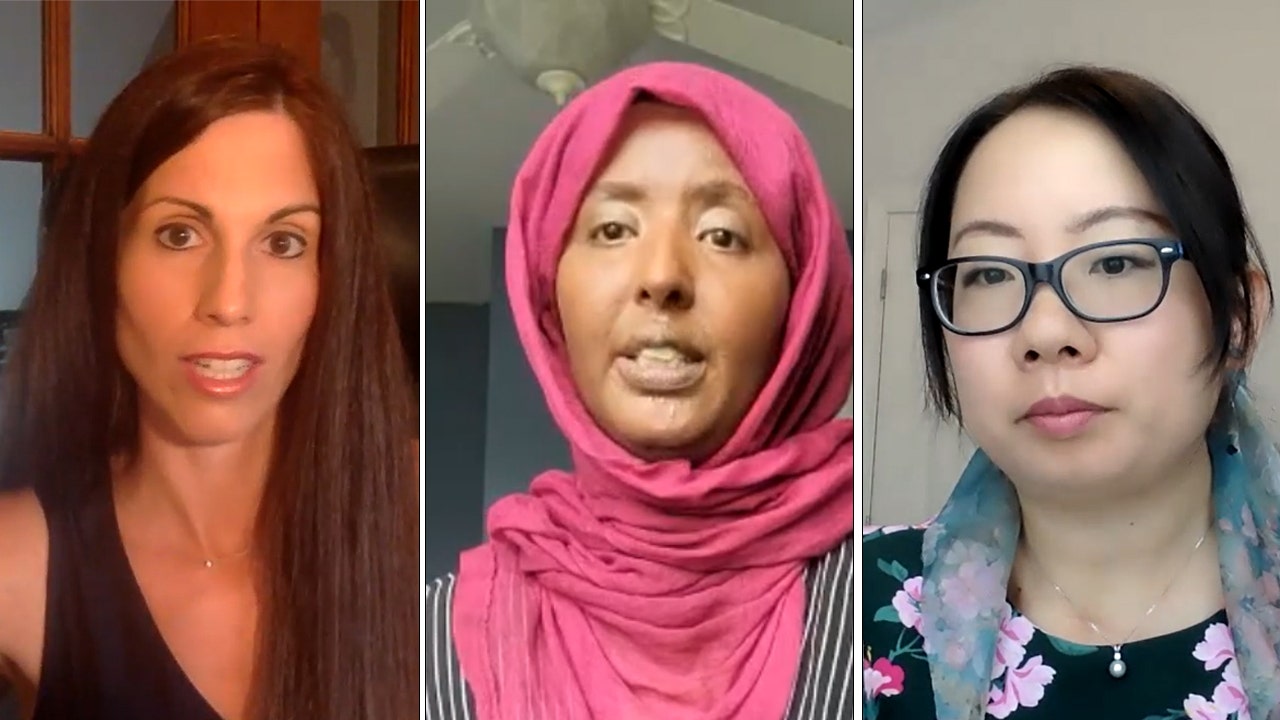 Some activist moms around the county are angry about the term “birthing people” being used by left-wing entities such as George Soros’ Open Society Foundations.

“This is all part of an ideology that is truly totalitarian and authoritarian in nature,” said a Rhode Island mom named Nicole Solas. “And that is exactly what we’re seeing with these radical gender identity cultists.”

Soros’ organization posted a message on Twitter and LinkedIn advocating for abortion. Open Society said, “For Black women and birthing people, the fight for reproductive rights is more than abortion rights.” The gender-neutral term is used by some on the left to be inclusive of the LGBTQIA+ community, and is becoming more common. A Fox News report found that “woke liberals” are increasingly using the term.

“‘Birthing person’ is an absurd and frankly insulting term that the radical left uses to sever a mother’s… relationship with her child,” said Elana Fishbein of No Left Turn in Education.

Elana Fishbein from No Left Turn in Education says the left is targeting the nuclear family.
(Fox News Digital )

“I am not a birthing person, I am a mother,” Somalian immigrant and former Rep. Ilhan Omar challenger, Shukri Abdirahman, told Fox News Digital. She also called the phrase “madness.”

Wenyuan Wu, the executive director of the Californians For Equal Rights Foundation, said the term “birthing people” was “dehumanizing” to women.

“I am not a birthing person, I am a mother,” says Shukri Abdirahman, a Somalian refugee and former Rep. Ilhan Omar challenger.
(Fox News Digital )

“It’s dehumanizing. It de-centers my central identity as a mother in the name of equity, in the name of coddling a fragile mentality of not offending anyone. But it’s offensive to me as a mother,” Wu said. “It is really a very dystopian, Orwellian concept that essentially exposes the woke ideology’s implosive insanity.”

“Children don’t think in terms of ‘birthing people,” said Nicole Neily of Parents Defending Education. “They think about mommy and daddy. If anything, [this] is a war on childhood innocence.”

Solas said, “There’s no reason to refer to women as birthing people unless you are seeking to dehumanize them and strip them of their dignity. And that’s exactly what that label does. When you call a woman… a birthing person, you are forcing people to view them through the lens of their reproductive value. That is exactly the sexual objectification that the women’s rights movement was fighting against.”

George Soros’ foundation also included a video of one of their grantees discussing “intersectionality” in their posts.

“When you look at the states that have been passing abortion bans, they are the same states that are… trying to ban books, trying to determine what should be taught in American history and also who are attacking gender expansive people,” said Marcela Howell, a grantee of the Open Society Foundations.

“When I see this rhetoric surrounding birthing people, I really think what’s being promoted here is a highly divisive and dehumanizing narrative, and it exemplifies this race-baiting and the virtue signaling business of the woke,” said Wu. “And when we look at the context of how this concept of ‘birthing people’ being attached to the world’s largest private grantmaking organization at the Open Society Foundations, it’s very alarming because… they have given a platform to a fringe ideology from the far left group.”

NORTH KOREAN DEFECTOR: I AM TERRIFIED OF THE ‘MASSIVE INDOCTRINATION COMING FROM THE LEFT’ IN PUBLIC SCHOOLS

Rep. Alexandria Ocasio-Cortez has used what the left deems to be gender-inclusive language, such as “menstruating person.”
(Tom Williams/CQ Roll Call/Bloomberg via Getty Images)

The moms told Fox News Digital that the term is regressive by defining a woman on her ability to conceive a child.

“Birthing person only acknowledges the act of delivering an infant,” said Fishbein.

Other terms the left has used included “people with uteruses” and “chestfeeding” instead of breastfeeding.

Moms around the country react to the term “birthing people” which was used by George Soros’ Open Society Foundations.
(Fox News Digital )

Fox News Digital reached out to the Open Society Foundations but did not immediately receive a response.

Hannah Grossman is an associate editor at Fox News Digital. Story tips can be sent on Twitter: @GrossmanHannah.