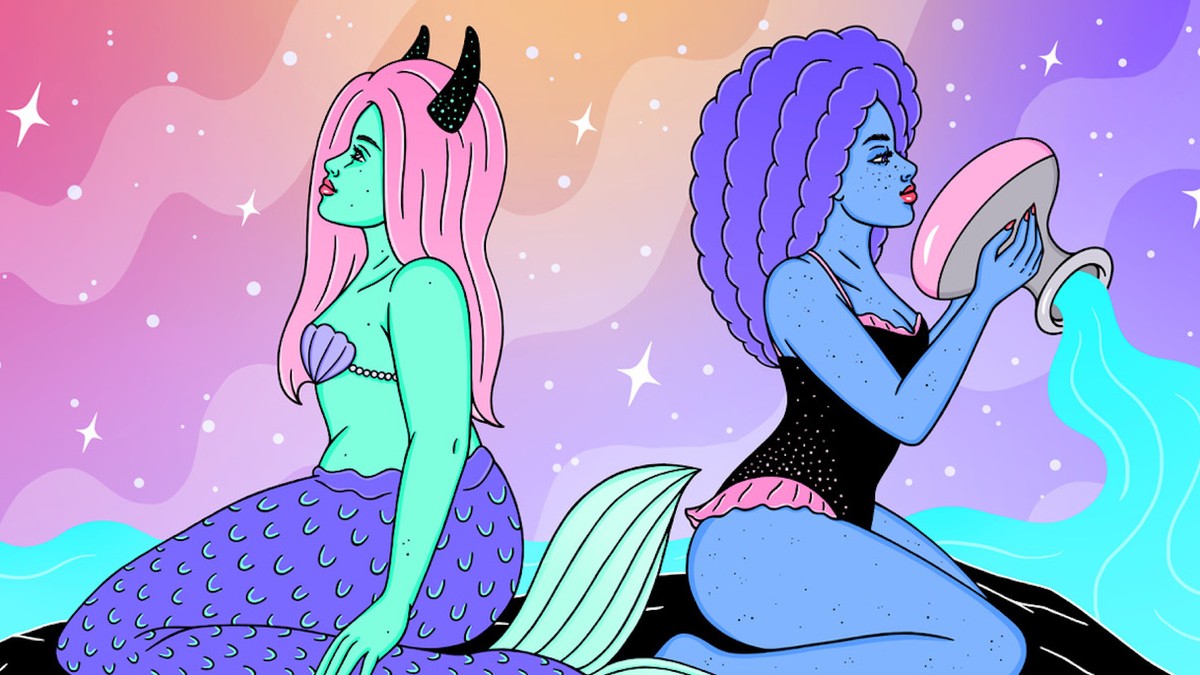 Your season is here! The sun is in your sign, Capricorn, invigorating and inspiring you. This is an exciting time to reflect on your goals for the year ahead, and to make time to celebrate yourself: Treat yourself to something unexpected and fun as the sun connects with Uranus in fellow earth sign Taurus on January 1. Uranus is the planet of surprise, novelty, and thrill, and as it makes a harmonious connection with the sun, it’s a fantastic time to experiment with something new. Break out of your usual routine, do something totally different, and prioritize having fun!

Communication planet Mercury enters logical air sign Aquarius on January 2, activating the financial sector of your chart and finding you having conversations about your income, belongings, and, in general, your sense of comfort and security. You may be managing paperwork concerning these themes, or looking over your budget. Conversations and plans about money are kicked up at this time.

Also on January 2 there’s a new moon in your sign, Capricorn! New moons symbolize fresh starts, and because this one is in your zodiac sign, this is a period of emotional renewal for you. Make time to rest, daydream, and connect with your inner voice, as your intuition is especially strong at this time. You might feel like you’re in the mood for a makeover and experimenting with a new look. It’s an exciting time to make new introductions, or generally share a new side of yourself with the world.

You’re feeling especially charming and glamorous on January 5 as Venus, currently in your sign, mingles with dreamy Neptune in Pisces! This is a fantastic time to network and connect with creative and inspiring people. Venus is currently retrograde in your sign, finding you reassessing what’s truly important to you, and an important realization about your values takes place as Venus meets the sun on January 8. The sun connects with Neptune on January 10, boosting your creativity and imagination, and finding you exploring things like tarot or astrology, or connecting with your intuition.

Mars in Sagittarius squares off with Neptune on January 11, which could bring a lazy atmosphere. At worst, this energy could manifest as passive aggression: Mars is the planet of war, but hazy Neptune doesn’t like to confront things head-on! The best way to work with this energy is to rest, or spend time brainstorming and exploring possibilities rather than charging ahead. Action planet Mars loves to speed ahead, but it isn’t wise to do when Neptune’s fog descends, because you won’t be able to tell where you’re really headed!

Misunderstandings might take place, especially as Mercury retrograde begins in Aquarius on January 14! Issues regarding money, your belongings, or your sense of security come up for reconsideration or renegotiation. During Mercury retrograde, astrologers usually say to avoid signing contracts because the terms may change or some details could be missed, avoid travel due to delays, and avoid making important purchases. Double check that you have your keys, phone, and wallet, as you may be forgetful of your belongings or valuables at this time. Fortunately, it’s possible that objects that went missing before the retrograde are found at this time! Mercury retrograde end on February 3.

Despite Mercury retrograde, a solid day for self-expression arrives on January 15 as the sun meets Pluto in Capricorn on January 15: Pluto is the planet of power and control, and as it meets the sun in your sign, you’re feeling totally in charge! People might think that you seem especially intriguing or even intimidating at this time. Be mindful about the power you have. An incredible transformation could be taking place, especially if you are consciously letting go of the past and opening up to new possibilities.

A situation that’s been building in your relationships, romantic or otherwise, may reach a culmination with the full moon in Cancer on January 17! This is a powerful full moon for your relationships, a time for deep and meaningful bonding and intimacy. The energy is intensely emotional at this time. Information may be revealed, as the light of the full moon illuminates the truth of your circumstances! Unexpected thrills might pop up as Uranus ends its retrograde in Taurus on January 18, and your focus turns to money on January 19 as the sun enters Aquarius. Important information concerning cash, your belongings, or your send comfort or security might arrive on January 23 as the sun and Mercury meet in Aquarius.

Mars enters your sign, Capricorn, on January 24, bringing you a boost of strength and courage! Action planet Mars loves being in your sign, Capricorn, because Mars is able to slow down, focus, build, and accomplish! You know the power of patience, you know that good things take time, and that instant gratification doesn’t always mean long-term benefits. Mercury re-enters Capricorn while on its retrograde journey on January 25, which could find you running into old friends, making reintroductions, and reconsidering some ideas you have shared over the last few weeks.

Mercury meets Pluto in your sign, Capricorn, on January 28, finding you learning something of interest, or finding your mind especially sharp. You may be doing some research, or find yourself following an intriguing new thread! Venus retrograde ends on January 29: You’ve learned so much about what’s important to you, and about who you want to be in relationships, and now you’re ready to move forward with that information! The sun squares off with Uranus on January 30, creating an air of unpredictability. You may be at a turning point in your relationships or projects, ready to assert some changes.

Good luck this month, Capricorn, and see you in February!