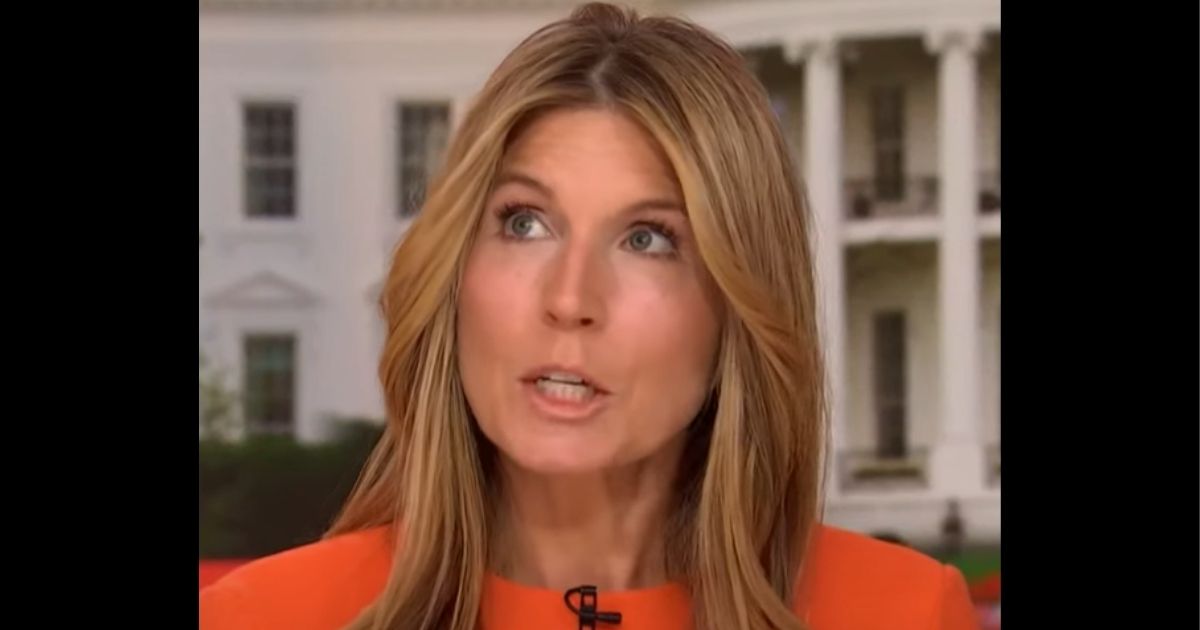 You’ve got to hand it to Nicolle Wallace, host of MSNBC’s “Deadline: White House”: When she goes over the top, she doesn’t do it by half-measures.

During a segment on Wednesday’s edition of the show, Wallace said Republican Govs. Ron DeSantis of Florida and Glenn Youngkin of Virginia, in signing parental rights legislation in education, were engaging in a “tactic of war” that could be compared to Russian troops raping young children.

(Both governors have merely given parents more say over what’s being taught in their schools — something we’ve supported here at The Western Journal. We’ll keep fighting for parents to have control over what’s being said in the classroom. You can help us by subscribing.)

According to The Daily Wire, the discussion originally focused on a Democratic Michigan state senator who was accused by a Republican state senator, in a fundraising email, of “grooming and sexualizing children” because of her stance on how gender identity and sexual orientation are taught in the classroom.

That nasty spat, Wallace said, reminded her of DeSantis and Youngkin’s parental rights bills. Which, in turn, reminded her of Russian war crimes against children. A natural progression, as you can no doubt imagine.

“You and I even fall into a tradition of our profession of focusing on what works, and I think we recently had a conversation about [Senate Minority Leader] Mitch McConnell, why does he do what he does, because it works, it’s a political reality,” Wallace said.

“I worry that in covering Glenn Youngkin and his politics of ‘parental choice,’ all the focus was on how well it worked,” she continued. “And even in our conversations about DeSantis, it’s about how well they’re serving him.”

“The truth is dehumanization, as a tactic for politics, is from war,” she added.

“Dehumanization is a — it’s a tactic, it’s being used right now. The Russians get their soldiers to rape children by dehumanizing them. Dehumanization, as a practice, is a tactic of war.

“It is being deployed in our politics, and people like you and I sometimes lose the plot and admire its effectiveness — not its substance, but even the analysis of these tactics loses sight of what this speech brings us back to which is that dehumanization has a cost right now. Right now, as it’s being deployed.”

“The truth is dehumanization as a tactic for politics is from war. Russians get the soldiers to rape children by dehumanizing them.” pic.twitter.com/kFrQ5gDUWE

One minute, you’re dehumanizing people using the “politics of ‘parental choice,’” which is code for … giving parents choice over how their children are educated. The next thing you know, you’ve got Mariupol all over again. A clear logical leap.

This, quite shockingly, had competition for the most outlandishly offensive claim made during the segment. That’s because former Republican campaign strategist Matthew Dowd, now a thoroughly bewoked Democrat, claimed that if Christ were around in 2022, “he would be called a groomer.”

BREAKING: Chief Bush-Cheney advisor: “If Jesus Christ was alive today, he would be called a groomer” pic.twitter.com/6he4MCIKhM

Psaki May Soon Find Herself Under Federal Investigation: Watchdog

“If he was speaking the message he spoke in the Gospels today about treating everybody with dignity — Jesus Christ hung around with prostitutes and tax collectors. He was nailed to a cross because he spoke on behalf of the most marginalized people in the Middle East.”

Should Nicolle Wallace apologize for these comments?

It’s worth noting that both Dowd and Wallace are alumni of the 2004 George W. Bush-Dick Cheney presidential campaign and now grift as former conservatives who have Seen The Light™. Given the outré nature of these clips, it’s not unfair to ask what was in the water on the campaign bus cooler that year.

But then, these are just more extreme versions of arguments we’ve seen from a whole swath of liberaldom freaking out about any bill that returns power in public education to parents, particularly if that power involves sex education.

We’re just now coming out of weeks of the left screaming about a “Don’t Say Gay” law in Florida that didn’t say gay once but merely prohibited instruction in gender identity and sexual orientation in children from kindergarten through third grade. We all thought that was bad.

Now we have a panel on MSNBC bringing up DeSantis and Youngkin’s parental rights bills and drawing a direct line between them and Russian troops raping children. Oh, and Republicans would probably crucify Jesus Christ for being a groomer while they were at it, because why not?

This is how much parental control over education scares liberals.

If you don’t get why this fight is important, simply look at the scorched-earth tactics they’re willing to use to preserve their power in the classroom.