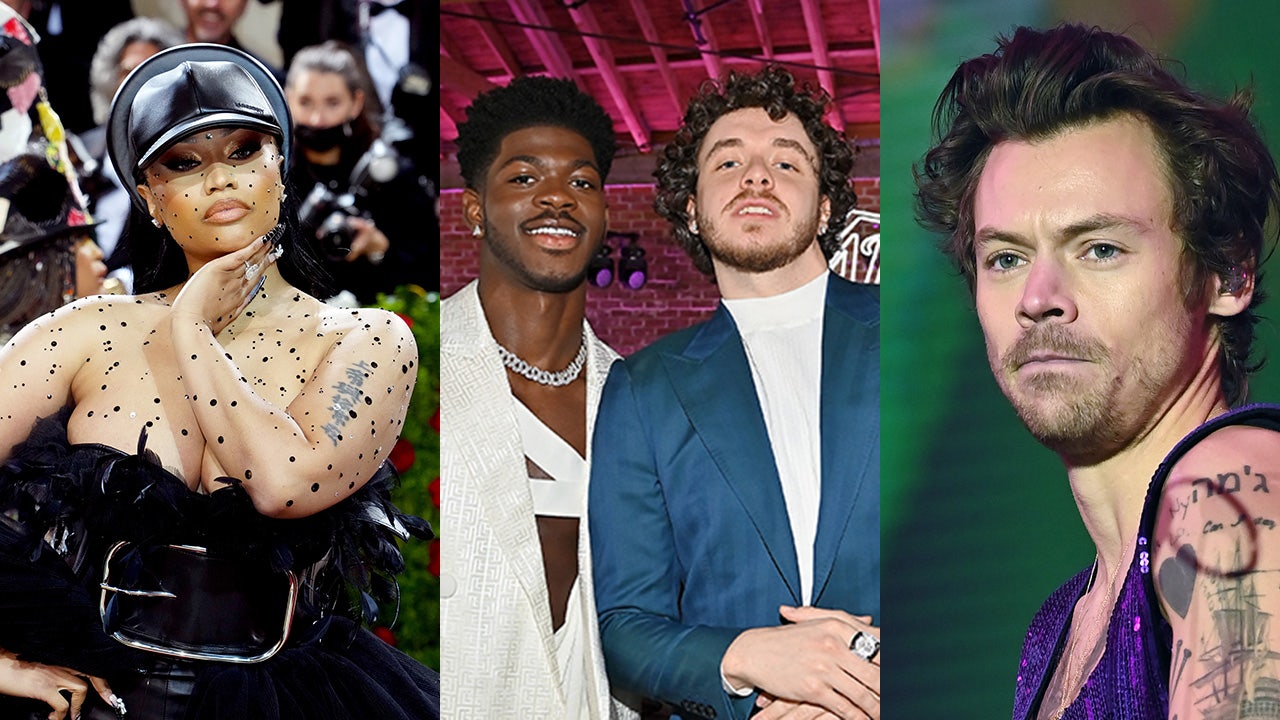 The MTV Video Music Awards are Sunday night, and there is a lot to look forward to. Some of the most iconic performances over the past few years include Britney Spears’ legendary performance of “I’m a Slave 4 U” in which she carried a python on her shoulders while dancing.

Aside from performances, many memorable pop-culture moments happened on the VMA stage, such as when Kanye West interrupted Taylor Swift’s acceptance speech to express his opinion that Beyoncé should have won her award instead.

With an impressive list of performers and a few new elements added to the show this year, the show is expected to be just as exciting as ever, if not more.

Keep reading to find out everything you need to know about this year’s VMAs.

The award show will be available to watch on MTV, as well as other networks owned by Paramount, Viacom and CBS.
(Photo Illustration by Pavlo Gonchar/SOPA Images/LightRocket via Getty Images)

The MTV VMAs is airing on MTV at 8:00 p.m. and will simultaneously be airing on other networks associated with Paramount, Viacom and CBS, including The CW, BET, BET Her, CMT, Comedy Central, Logo, MTV2, Nickelodeon, Paramount Network, Pop, TVLand and VH1. There is no word yet on whether it will air on Paramount +.

Jack Harlow will perform solo at the VMAs this year for the first time after making his debut last year in a performance with Lil Nas X.
(Photo by Astrida Valigorsky/Getty Images)

This year’s award show is stacked with amazing performances that are definitely going to entertain audiences. K-pop girl group Blackpink is set to make their U.S. award show debut, and Jack Harlow is set to perform solo on the VMA stage for the first time after performing on last year’s show with Lil Nas X.

Other performers include Lizzo, Måneskin, J Balvin, Anitta and Panic! at the Disco. They will be joined by Marshmello and Khalid, who are expected to perform their song “Numb.” For the first time in VMA history, the show will feature a country artist as Kane Brown is set to perform on the big night.

Brown’s performance is gearing up to be quite unique as it is said to incorporate elements of the virtual world. It is being described as a mixed reality performance. Brown previously told Fox News Digital, fans “can expect it to be something they haven’t seen before.”

Kendrick Lamar performs leads the pack in nominations alongside Lil Nas X and Jack Harlow. They each have seven nominations.
(Joseph Okpako/Getty Images)

The leaders of the pack in terms of nominations this year are Kendrick Lamar, Jack Harlow and Lil Nas X with seven nominations each. Lil Nas X and Harlow are nominated together for their collaboration on the song “Industry Baby,” as well as separately for artist of the year, along with Ed Sheeran, Lizzo, Drake, Bad Bunny and Harry Styles.

Artists nominated for the most coveted award of the night, Video of the Year, include Doja Cat for “Woman,” Drake for “Way 2 Sexy,” Ed Sheeran for “Shivers,” Harry Styles for “As It Was,” Lil Nas X and Harlow for “Industry Baby” and Olivia Rodrigo for “brutal.”

Nicki Minaj is the recipient of this year’s Michael Jackson Video Vanguard award. The award goes to a performer who has made an impact in pop culture.
(AP Images)

The Michael Jackson Video Vanguard Award goes each year to the artist who has consistently released videos that have had a significant impact on videos released by other artists and pop culture in general. This year, the award is going to rapper Nicki Minaj.

“Nicki has broken barriers for women in hip-hop with her versatility and creative artistry,” Bruce Gillmer, president of music, music talent, programming and events at Paramount+, said in a statement. “She has shifted the music industry and cemented her status as a global superstar with her crossover appeal, genre-defying style and continuing to be unapologetically ‘Nicki.'”

Minaj is not only receiving the coveted award, but she is also making her comeback to the VMA stage after being absent for four years. She is expected to perform a medley of her biggest hits and is excited for her fans to tune in.

Ariana Grande is one of the nominees for the new category this year, celebrating the best metaverse performance.
(David Crotty/Patrick McMullan via Getty Images)

In addition to Brown’s mixed reality performance, MTV has added a new category to the award show ballot for the Best Metaverse Performance. Nominees for the new category include Ariana Grande, Blackpink, BTS, Charli XCX, Justin Bieber and Twenty One Pilots.

“The MTV Video Music Awards has a long history of social and digital innovations, as we always look to meet our fans where they are,” said Amy Campbell, chief marketing officer, Paramount Media Networks and MTV Entertainment Studios.

Holding concerts in the metaverse consists of filming a performance in such a way that it can be broadcasted in a virtual reality world. Artist like Ariana Grande, Ed Sheeran, Zara Larson and Future held concerts on virtual reality video games like Fortnite and Roblox.

Fans were able to vote for their favorite metaverse performance as part of the Video Music Awards Experience on Roblox in partnership with Super League Gaming up until the big night.