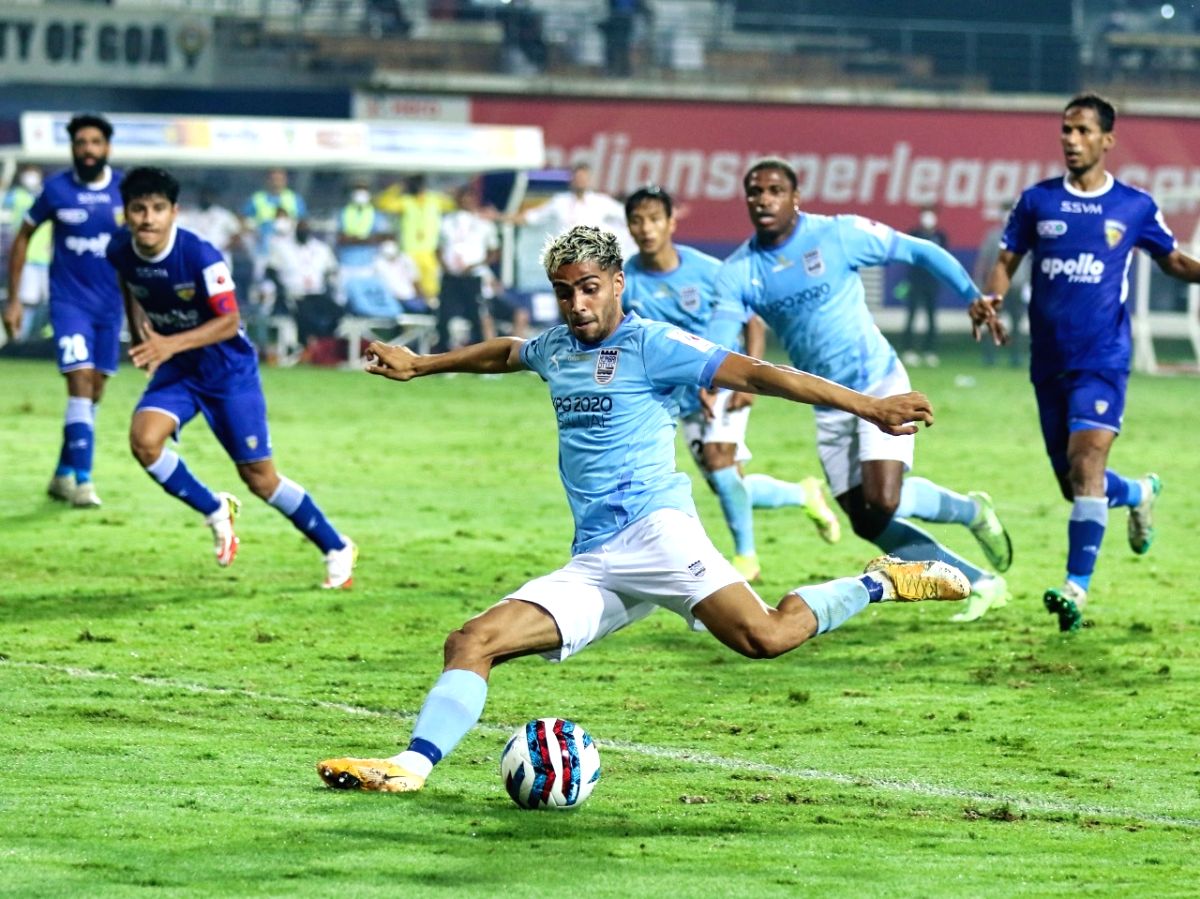 The match was decided by a late goal from Vikram Partap Singh (85′) whose strike was enough to elevate MCFC to fifth place, level on points with fourth-placed Jamshedpur FC.

Des Buckingham’s men were more dominant in possession during the first few minutes and created more scoring chances than their opponents. Igor Angulo tested the goalkeeper with a meek left-footed shot at the stroke of the 18th minute which was saved easily. The Marina Machans soaked more pressure as the first half progressed, trying to catch the opposition on the counter.

Nerijus Valskis came close to breaking the deadlock before the break but he was caught offside inside the box by the assistant referee. Angulo then saw his header go narrowly past the right side of the goal but he too was adjudged to be in an offside position. There was nothing to separate the teams at the halftime break as the score remained goalless.

The second half saw more pressure from MCFC as Apuia had his shot go past the right side of the goal within five minutes of the restart. At the hour mark, Lallianzuala Chhangte placed the ball on a platter for Angulo from the right who could not find the connection to score the elusive goal.

The game headed into the last ten minutes without a goal on the board. However, the breakthrough finally came from Vikram Pratap Singh.

The winger was fed by Bradden Inman on the far post, found himself unmarked, and placed the ball in the back of the net from close range.

Lukasz Gikiewicz had a late chance to score the equaliser but managed to send his shot above the crossbar. The five minutes for stoppages were not enough for CFC to find an equaliser as the Islanders took all three points.