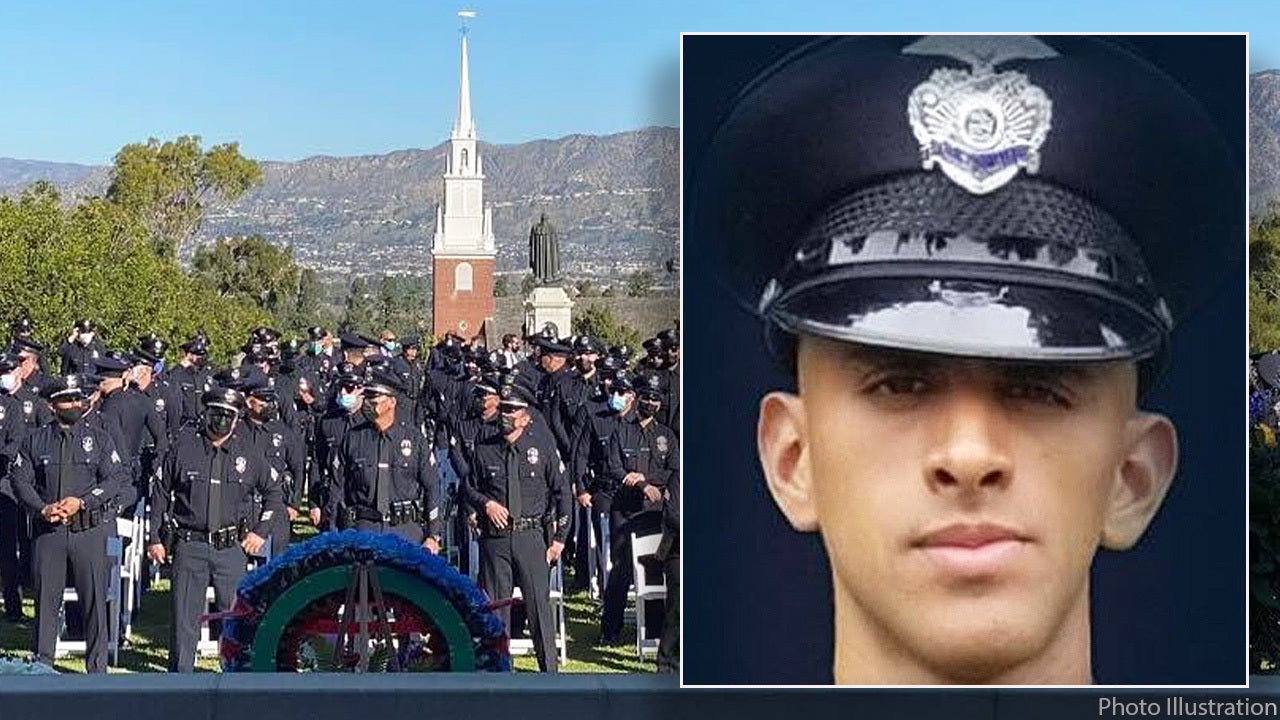 A Los Angeles police lieutenant ripped into the “woke narrative” fueling an “anti-police climate” in California and prosecutors’ reluctance to hold criminals accountable Wednesday while eulogizing an officer under his command who died last month when attacked off-duty by suspected gang members.

Hundreds of police turned out Wednesday morning to mourn Fernando Arroyos, who died on Jan. 10 when attacked by a group of suspected gang members in an alleged gunpoint robbery while he was out house hunting with his girlfriend.

“The system and the community that you worked so hard for failed you,” said LAPD Lt. Rex Ingram, Arroyos’ watch commander. “You expressed your concerns to your family many times about how criminals were not being held accountable for their actions, and how it was frustrating for the police and much more heartbreaking for the innocent victims.”

Arroyos’ death comes as Los Angeles District Attorney George Gascon is under fire for his alleged soft-on-crime policies, which see little or no bail for serious offenders and recently sent a 26-year-old trans woman convicted of molesting a 10-year-old girl to be housed in a juvenile facility with females.

“Your murder will not be in vain, and the violence must stop: Enough is enough,” Ingram said. “You shared with me your worries over the anti-police climate, the refusal to hold criminals accountable, and a woke narrative that only seemed to make things worse, not better. But despite those concerns, Fernando, you always carried on. Because you are Fernando Arroyos. Fernando it is my promise to you that I will continue to wear my badge proudly and continue to protect and serve in your honor.”

Ingram described the slain officer as a “bright, shining star of hope” and a role model for his fellow officers and for children to emulate. He said he got a strong sense of Arroyos’ intelligence and dedication to the job upon their first meeting.

“You were a product of your community who represented the best of the diverse melting pot we call home in Los Angeles,” he said. “You stood tall, defending life and liberty so that everyone else could live their American Dream.”

Arroyos graduated from both Crenshaw High School and the University of California, Berkeley with honors, according to FOX 11 Los Angeles.

During the eulogy, Ingram acknowledged that Arroyos was a standout student at Berkeley despite the prevailing anti-police narrative on campus — shrugging off that sentiment on the way to achieving his lifelong dream of becoming a cop. He joined the police force in 2018.

“Fernando wore his badge with pride and lived up to its promise,” Ingram told a crowd of mourners, which included fellow officers from numerous departments. “I ask that all of you continue to do the same.”

WHAT DOES WOKE MEAN?

Police have identified the suspects as Luis Alfredo De La Rosa Rios, 29, Ernesto Cisneros, 22, Jesse Contreras, 34, and Rios’ girlfriend Haylee Marie Grisham, 18. They could face the death penalty if convicted on federal racketeering charges. The minimum sentence would be life imprisonment without parole.

Arroyos and his girlfriend were house-shopping when Rios and Cisneros allegedly held them up at gunpoint and stole some jewelry before an exchange of gunfire.

Arroyos suffered a single gunshot wound and died at the hospital. Cisneros also appeared injured after the gunfight, according to federal prosecutors, who said they obtained surveillance video showing Contreras helping him exit a black pickup truck linked to the crime.