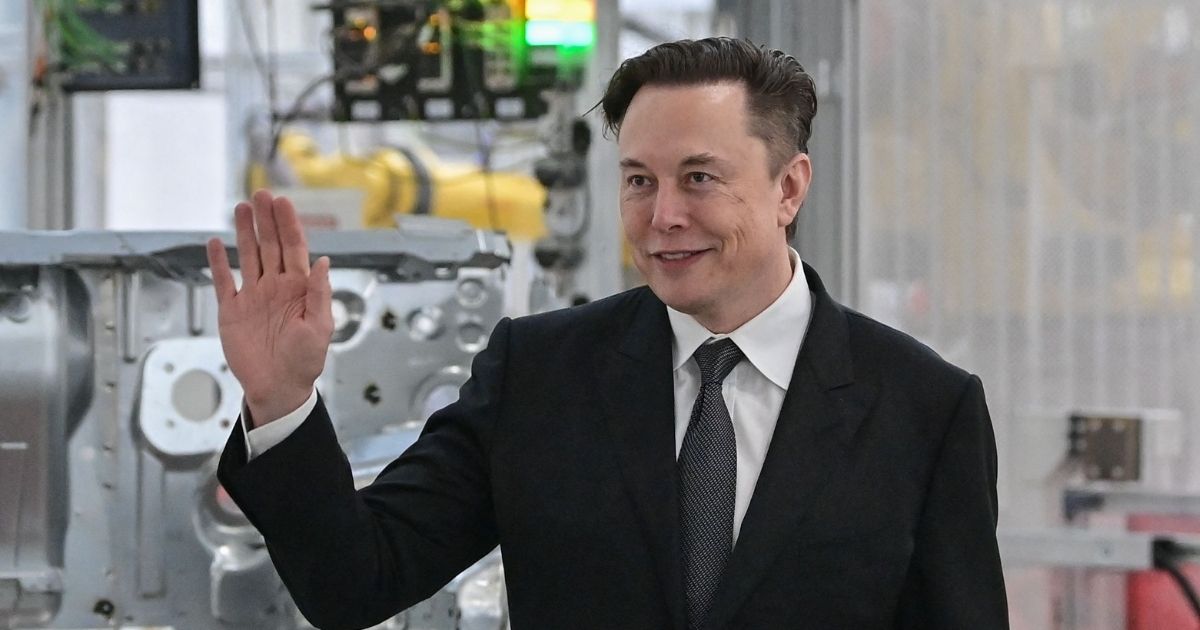 For leftists, the bad news was traveling fast.

It was bad enough to hear that a self-declared “free speech” absolutist like billionaire Elon Musk was buying what has become the progressive playpen of Twitter on Monday.

What was worse was the first statement he tweeted after the announcement was made.

In a Twitter post published at 3:43 p.m. Monday – adorned with stars, rocket ships, hearts and the word “Yesss!!!” for emphasis – Musk publicized a statement describing his view of the social media platform’s rightful role:

“Free speech is the bedrock of a functioning democracy, and Twitter is the digital town square where matters vital to the future of humanity are debated,” the statement said.

“I also want to make Twitter better than ever by enhancing the product with new features, making the algorithms open source to increase trust, defeating the spam bots, and authenticating all humans.

“Twitter has tremendous potential — I look forward to working with the company and the community of users to unlock it.”

To normal Americans brought up in the tradition of free speech and free ideas, that first sentence sounds like a welcome change in a world where “hate speech” can be pretty much anything the liberal media or the left-most wing of the progressive movement takes exception to on any given day.

But to leftists who have grown used to exercising veto power over thoughts they disagree with, it’s their worst nightmares coming true.

No one who has even casually followed the news lately can be unaware of how much the lords of social media – and their leftist employees – have squelched matters of public debate because they might threaten the liberal establishment.

The most infamous example is certainly Twitter’s decision to lock the New York Post’s story about the Hunter Biden laptop in the weeks leading up to the 2020 presidential election -– a decision that gave the mainstream media cover to ignore the explosive story and almost certainly swayed the election in now-President Joe Biden’s favor.

But there are plenty of others: Whether it’s Twitter “shadow banning” users who publish posts Democrats don’t want to see public and muzzling top conservative names with blatant double standards, Twitter has been the biggest social media censor, taking upon itself the responsibility of deciding what is and is not fit for public discussion.

The fact that the site banned Donald Trump when he was still the sitting president of the United States, and vowed that the ban would continue even in the event he returned to office, speaks volumes about its arrogance.

(Meanwhile, worthies like the Islamist fanatics of the Taliban in Afghanistan or the murderous mullahs of Iran faced no such proscription — a testimony to hypocrisy if ever there was one.)

In the United States, conservatives are not afraid of the war of ideas. The fact that leftist ideas have such a long, dismal record of failure and mass murder in history, and real-time examples like Cuba and Venezuela, compared to the affluence of the capitalist West, generally gives plenty of ammo. The fact that President Joe Biden’s administration is an unmitigated disaster on every front gives even more — the upcoming midterms should prove that.

It’s a given that major opinion influencers like the legacy newspapers and the dominant television networks are in the hands of liberals, but the conservative case can be made, and it is, when true competition flourishes — talk radio, for instance, where conservative voices hold sway.

That was why the Democratic Party and American left loved Twitter’s increasing stranglehold on political discourse — it’s what gave them the keys to the White House.

And that’s why Musk’s first tweet, published even before the news of the Twitter development had had time to settle in, had such an impact.

Check out some liberal reactions:

This deal is dangerous for our democracy. Billionaires like Elon Musk play by a different set of rules than everyone else, accumulating power for their own gain. We need a wealth tax and strong rules to hold Big Tech accountable.

If he really thinks he can create that same toxic, high school bully, 80s South Africa world here and somehow monetize that, he should maybe stick to sending compensatory technology to “near space” for his fellow men with more money and time on their hands than interesting ideas.

Elon Musk says he wants to make Twitter “better than ever.”@donlemon talks to @karaswisher about what’s next for the platform after the billionaire’s bid for the site was accepted. Watch: pic.twitter.com/xVquL1VI69

“I don’t think anyone disagrees this should be a free and open debate or platform,” Lemon said, about the 2:10 mark. “But, I mean, shouldn’t it … not necessarily be a font for misinformation? Or to, you know, say things about people that just aren’t true?”

Set aside for a moment the fungible definitions of “misinformation” to the left. (Remember, the coronavirus lab leak theory was categorically considered “misinformation,” until it wasn’t.)

There was a point in the country’s history — in the late 1780s or so — when a “free speech maximalist” wrote the First Amendment to the Constitution, so there is some history there – for Americans, anyway.

Do you think Elon Musk will live up to his word when it comes to free speech and Twitter?

What the future holds is uncertain, of course. From a free-speech point of view, Musk has said all the right things and anyone who believes in free speech — regardless of political preferences — has grounds for optimism. (As a wise man once said, though, “put not your trust in princes.” Always solid advice.)

But one thing that’s certain is the effect his public statement — made within minutes of the buyout news becoming public — had on leftists who’ve grown used to having their own way: