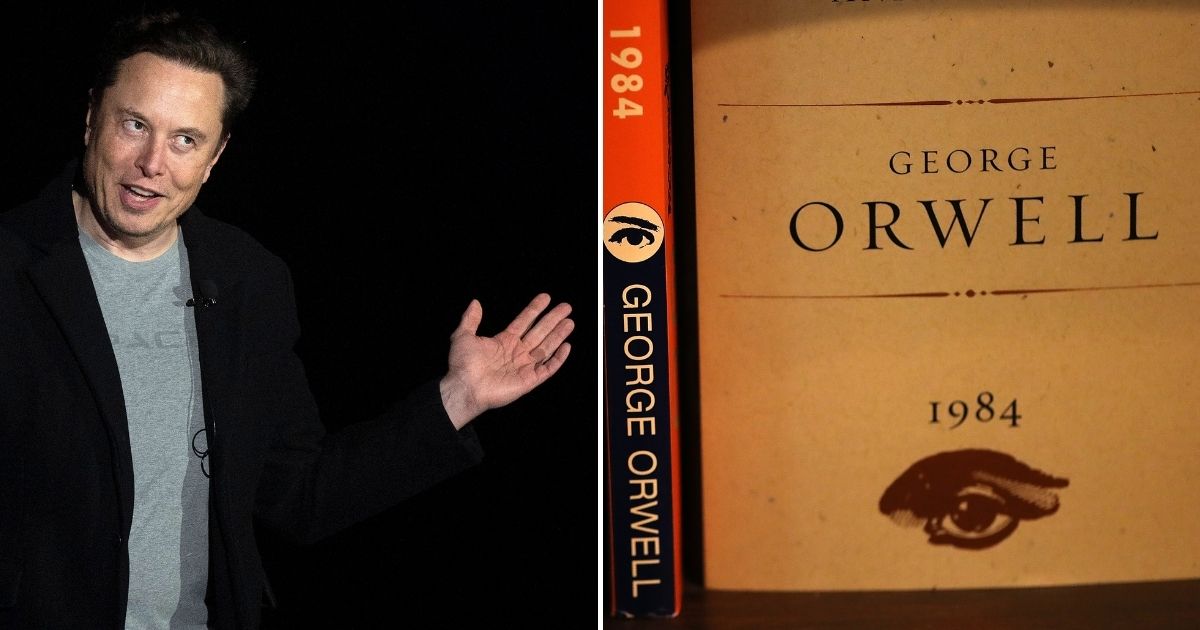 Globalists and the American left went into a state of shock when Elon Musk’s buyout of Twitter was announced on Monday. They had been bracing for this news ever since the Tesla CEO revealed he owned a 9.2 percent stake in the company in early April.

European leaders were as panicked as the Washington establishment. The very idea of conservatives being allowed to speak freely sent shivers up their spines. Washington Post reporter Max Boot spoke for all of them when he tweeted, “I am frightened by the impact on society and politics if Elon Musk acquires Twitter. He seems to believe that on social media anything goes. For democracy to survive, we need more content moderation, not less.”

When Musk announced he wouldn’t be taking a seat on the board, they knew the other shoe was about to drop. They had to change the rules of the game — fast. And they immediately sprang into action. If Musk was going to buy Twitter and allow conservatives to post their hate speech and disinformation — which is code for “opinions the left disagrees with” — they would establish laws against that kind of speech.

Last weekend, the powers that be in the European Union agreed in principle on provisions in new legislation intended to “protect” Europeans from the hate speech and disinformation they may encounter on social media platforms. NPR reported that the Digital Services Act will levy hefty fines on companies that fail to monitor and remove dangerous and provocative content posted by users of their websites.

Biden Creates ‘Disinformation Governance Board,’ and Conservatives Should Be Terrified at Who’s Leading It

Although the new regulations will not take effect until Jan. 1, 2024, at the earliest, EU officials were thrilled by their win over Big Tech.

According to NPR, shortly after an agreement had been reached on Saturday, EU Internal Market Commissioner Thierry Breton told reporters: “With the DSA, the time of big online platforms behaving like they are ‘too big to care’ is coming to an end.”

And EU Commission Vice President Margrethe Vestager said, “with today’s agreement we ensure that platforms are held accountable for the risks their services can pose to society and citizens.”

It took about a millisecond for the Biden Administration to follow suit.

Are you surprised that the Biden Administration created the DGB?

Speaking to the House Appropriations DHS Subcommittee hearing on Wednesday, Department of Homeland Security Secretary Alejandro Mayorkas announced the creation of the “Disinformation Governance Board.”

Similar to the Ministry of Truth in George Orwell’s Novel “1984,” Mayorkas said “the goal is to bring the resources of the department together to address this threat [of misinformation and disinformation].”

We can call it “Minitrue” for short.

Did you just think they would let you have free speech back?

Here’s my official portrait to grab your attention. Now that I’ve got it: a HUGE focus of our work, and indeed, one of the key reasons the Board was established, is to maintain the Dept’s committment to protecting free speech, privacy, civil rights, & civil liberties. 🇺🇸 pic.twitter.com/C4xiEGfhDt

The smarmy look on the face of the woman who will run the newly created Disinformation Governance Board, Nina Jankowicz, tells us all we need to know.

Mayorkas announced that Jankowicz would be the executive director of the board. She checks all of the right boxes. She sees questions about the legitimacy of the 2020 election as “damaging lies” and she supported the now-debunked claim that the Hunter Biden laptop story was Russian disinformation. The Post Millennial reports that she is as concerned about “domestic misinformation” as she is about “foreign misinformation.”

And long before Elon Musk bought a single share of Twitter stock, she made the following remark: “And once again for the people in the back: the ‘free speech vs. censorship’ framing is a false dichotomy.”

Actually, she make have a point. Perhaps the free speech vs. censorship framing is a false dichotomy. Because after all, “War is Peace,” “Freedom is Slavery,” and “Ignorance is Strength.”

Upon hearing about the DGB, conservative political commentator and media host Steven Crowder pointed out in a tweet that the Nazis had done something similar.

The government is creating a misinformation governance board. Who else did something like that? Oh I remember, the Nazi’s. And there’s some data showing some interesting things going on post-@elonmusk’s Twitter takeover!

Musk responded to Crowder with one word: “Discomforting.”

The left is trying to suppress conservative content with the same determination the wicked witch used in the “Wizard of Oz” tried to avoid a pail of water.

And we all know how that story ended.