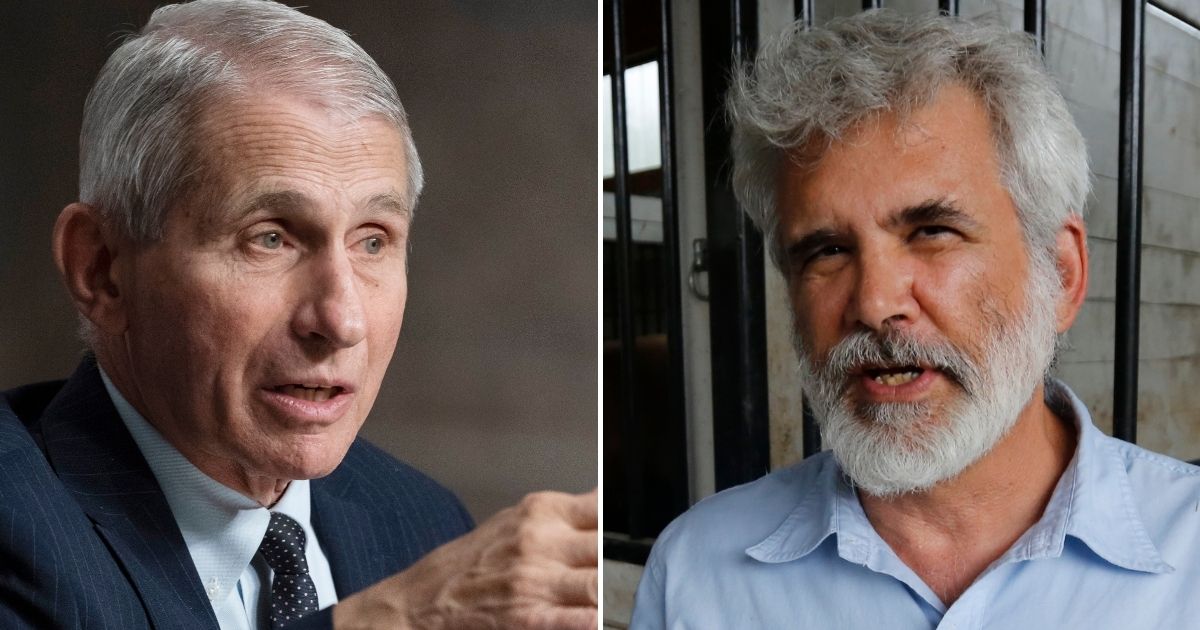 “The most trusted man in America,” is what my local newspaper called presidential medical adviser Anthony Fauci early in 2020.

But the most trusted man in America is a liar, according to one of the foremost vaccine experts in the country, Dr. Robert Malone.

“Tony has no integrity, I mean, he lies all the time,” Malone told Fox News’ Laura Ingraham on Tuesday.

“And me and my peers, we’ve been watching this for decades, I mean, we just shrug our shoulders and shake our heads and say, ‘It’s Fauci.’”

Ingraham and Malone were discussing a statement Fauci made on CNN when he was asked if, contrary to the claims of some experts, cloth and surgical masks were effective against the omicron strain of COVID.

Fauci said such masks were effective. In response to Fauci saying that in the CNN video, Ingraham asked Malone: “That’s a lie, is that not true?”

Malone, a career vaccine researcher and developer, represents a formidable opponent to Fauci. And Malone is apparently a growing target of Those Who Know Best and their desire to crush opposition to the official narratives regarding COVID.

Last week, Twitter suspended Malone, who had a half-million followers.

Also last week, Malone told podcaster Joe Rogan that the state of Maryland has threatened his medical license. It would be good to refer you to that interview with Rogan, but on Monday, YouTube removed it.

Malone is very careful in what he says. He told Rogan he has to be, given the amount of time he’s spent with lawyers.

Malone speaks plainly and is easy to understand (perhaps having been a carpenter and a farmer before earning a Ph.D. and an M.D. helps him in clear communicating).

His statements are cautious and nuanced, low on speculation and not going beyond evidence, scientific observation and results from statistical analysis.

But he refuses to go along with the establishment program as touted by Fauci.

Is Anthony Fauci a liar?

Malone is not the only heavy-hitting Fauci skeptic. Republican Sen. Rand Paul of Kentucky has accused Fauci of lying to Congress and has said he will come full force after him if Republicans win a Senate majority in this year’s midterm elections.

Anthony Fauci, the most trusted man in America? It looks like fewer people are subscribing to that.

And for its statements on Fauci and for a host of other things, I no longer subscribe to my local newspaper.