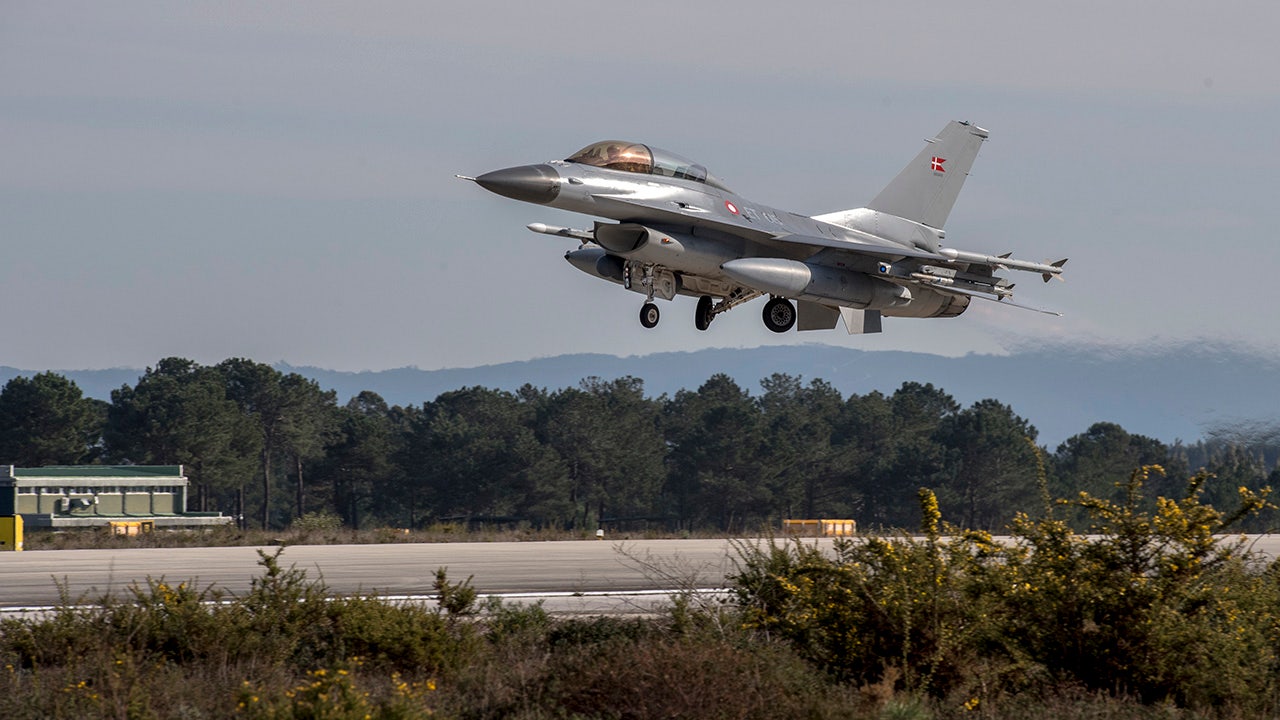 NATO announced Monday that it will send fighter jets and ships to eastern Europe as tension with the alliance and Russia hit a fever pitch due to the possibility of a Russian invasion of Ukraine.

Denmark will sail a frigate to the Baltic Sea and send four F-16 fighter jets to Lithuania. Spain is also sending ships to join NATO naval forces in the region and is considering sending fighter jets to Bulgaria, the statement read. France said it is willing to send troops to Romania and the Netherlands also said it will send two F-35 fighter aircraft to Bulgaria in April.

The moves come as tension in the region is increasing by the day.

The British Embassy in Ukraine said it will withdraw some staffers from Kyiv in response to the growing threat from Russia—just a day after U.S. officials told Fox News that the State Department ordered families of U.S. Embassy personnel in the city to begin evacuating.

A spokesman for Ukraine’s foreign ministry blasted the State Department’s decision as “premature” and an example of “excessive caution.”

Melinda Simmons, the British ambassador to Ukraine, posted on Twitter that its embassy remained open and “we will be continuing with our work alongside [Ukrainian flag] partners.”

NATO’s message came a short time after a lawmaker from Moscow warned the U.S. against positioning troops in eastern Europe.

“NATO will continue to take all necessary measures to protect and defend all Allies, including by reinforcing the eastern part of the Alliance. We will always respond to any deterioration of our security environment, including through strengthening our collective defence,” NATO Secretary General Jens Stoltenberg said in a statement.

Russian lawmaker Andrei Kartapolov told Interfax that the Kremlin would “respond appropriately” if the U.S. deploys troops in the region, according to Reuters.

U.S. Secretary of State Antony Blinken on Sunday dodged a question about whether there was “any scenario” in which U.S. troops would be deployed to defend Ukraine, saying that U.S. and European allies are looking at “practical and important” responses to Russian aggression in the region.

The European Union aims to show a united front in the face of what it sees as Russian aggression.

“All members of the European Union are united. We are showing unprecedented unity about the situation in Ukraine, with the strong coordination with the U.S.,” EU foreign policy chief Josep Borrell told reporters in Brussels.

Russia has insisted that it has no intention to invade its neighbor, but its recent actions could suggest otherwise. Russian troops have been deployed to the eastern border with Ukraine and tensions were not eased after talks Friday between Secretary of State Antony Blinken and Russian Foreign Minister Sergey Lavrov in Geneva.

Russia wants concrete assurances that NATO will not continue to expand because Moscow sees that expansion as a security risk. NATO has said the demands are unacceptable and that joining the alliance is a right of any country and does not threaten Russia.

“We don’t have a power to prevent this happening but certainly I’ve made it clear to the Russian ambassador in Ireland that it’s not welcome,” Coveney said, as he arrived for talks focused on Russia and Ukraine with his EU counterparts in Brussels on Monday.