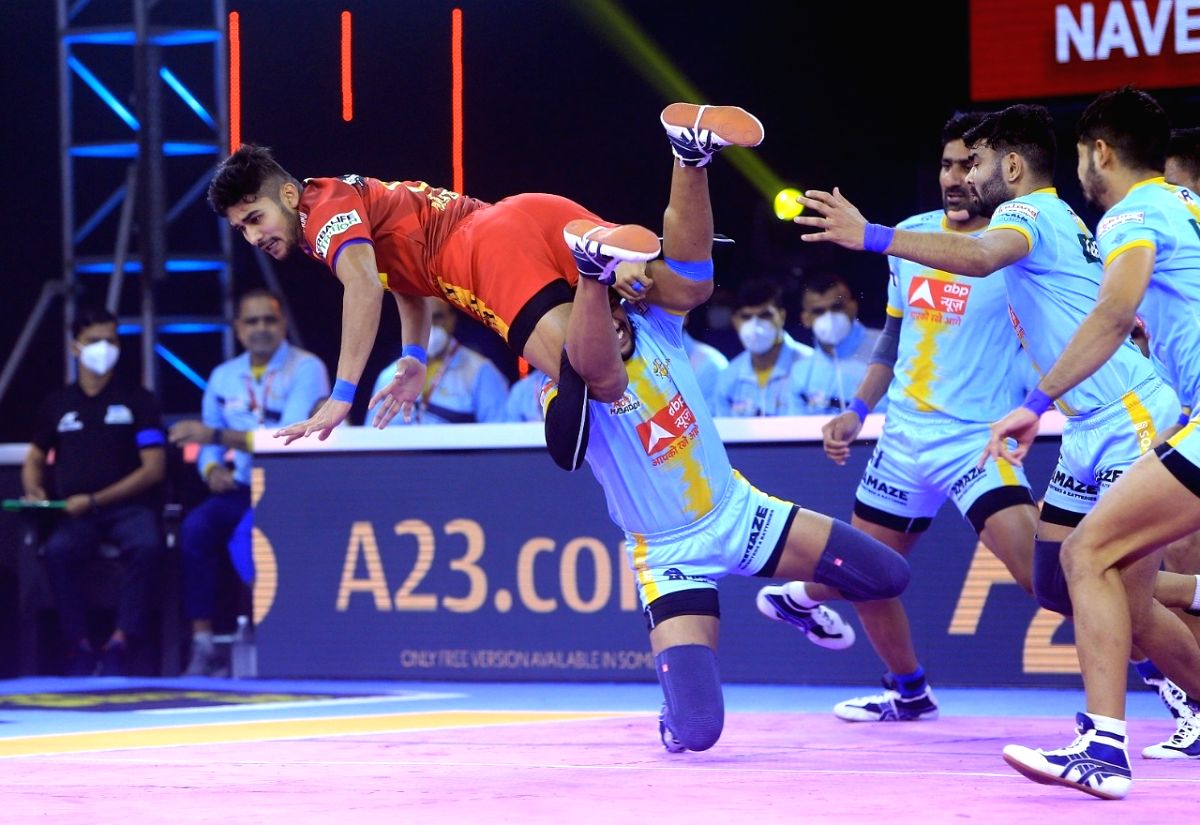 Bengaluru, Jan 8 : Naveen Kumar proved once again why he is considered the best raider in kabaddi by helping Dabang Delhi K.C. beat U.P. Yoddha 37-33 in Match 40 of Pro Kabaddi League Season 8 at The Sheraton Grand, Whitefield, here on Saturday.

The opening game of the night saw the Yoddha defenders give Naveen Kumar a tough time with aggressive tackles, but the young raider still found a way past them to ensure his Delhi side emerge victorious.

U.P. Yoddha didn’t do much wrong on the night with Pardeep Narwal and Surender Gill scoring nine points each. Unfortunately for them, it was just another outstanding performance from Naveen Kumar who scored 18 points including one for the tackle. The result helped Dabang Delhi regain the top spot on the points table.

V.P. started the match with determination to stop Delhi’s Naveen Kumar from running away with the points. Yoddha’s corner duo of Nitesh Kumar and Sumit were at their aggressive best as they thwarted the Delhi’s raider. At the other end, Pardeep Narwal looked confident against the error-prone Delhi defence. He picked crucial points off left cover Manjit Chhillar and guided Yoddha to their first all-out with five minutes remaining.

Yoddha continued the aggressive approach in the remainder of the first half, with Shubham Kumar also impressing in defence. Naveen Kumar was benched five times in a half that ended 18-13 in favour of U.P. Yoddha.

If U.P. thought they had found a solution to stop Naveen Kumar, they were in for a rude surprise. The first 10 minutes of the first half belonged completely to the Delhi raider, who started it all with a tackle on his nemesis of Pardeep Narwal. He then went on to chip points off the Yoddha defence and eventually helped Delhi clinch an all-out. He scored yet another Super 10 as Delhi opened a 3-point lead with five minutes remaining. The lead proved too much for the Yoddha raiders to claw back as Delhi sealed an important win.