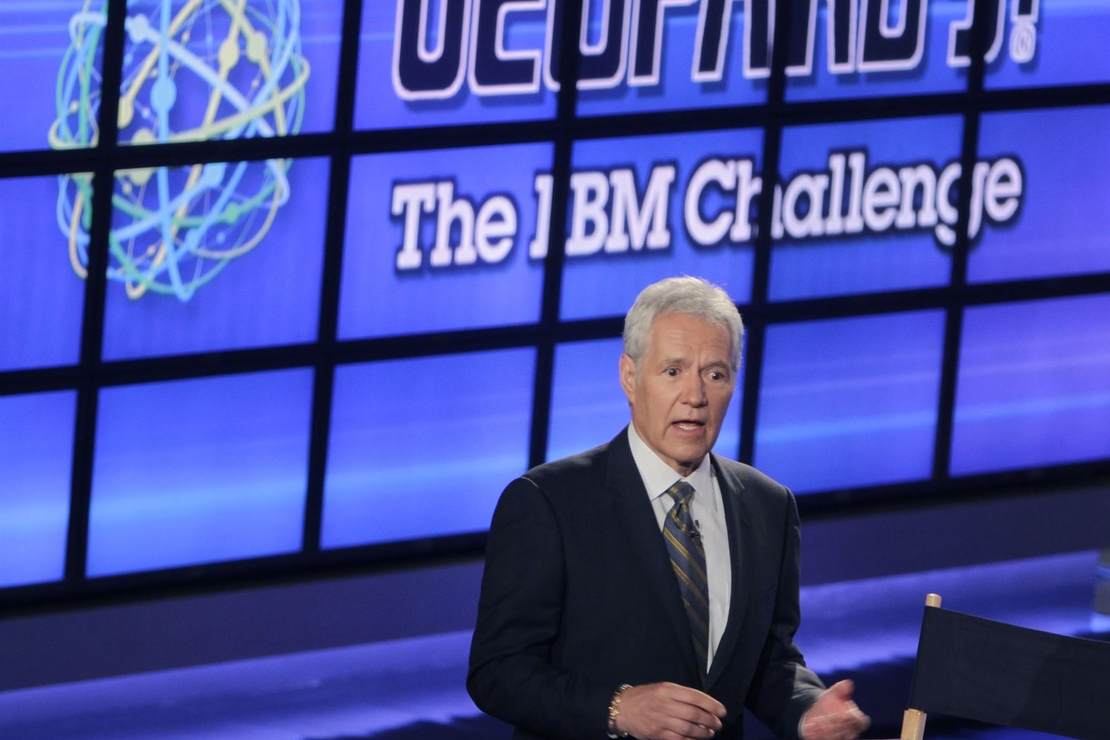 Jeopardy! just can’t stay out of the news. The popular game show survived a chaotic search for a permanent host after the passing of longtime host Alex Trebek in 2020. In recent months the show has been criticized for its focus on contestants who may or may not choose to promote an LGBTQ agenda. That has happened again. What is going on with this show?

What would the late, great Alex Trebek do? I don’t think he would be pleased with the woke culture seeping into the game. The latest incident has to do with a social media post (of course) that acknowledges the show’s latest big money winner. The tweet didn’t appear on the official Jeopardy! Twitter account, it came from NBC News. Mattea Roach, a 23 year old Canadian from Toronto, has won $320,081, the most by a Canadian contestant in the history of the game show. NBC News wanted to acknowledge that fact and ended up causing blowback on Twitter for the wording of the tweet.

The 23-year-old lesbian tutor from Toronto has amassed a total of $320,081, the most by a Canadian contestant in “Jeopardy!” history. https://t.co/D8HrFU1cJT

Notice anything different? The official Jeopardy! tweet didn’t mention Mattea’s sexuality. Why would it? Her sexuality has nothing to do with her successful run on the show. Frankly, before I saw that tweet, I didn’t know she is a lesbian and it’s not something I care about. I have written in past posts that we regularly watch the show in my house and we’ve enjoyed watching this young woman. She’s sharp and has a great sense of humor. She’s a little quirky in her hand gestures. In other words, she’s fun to watch.

In woke America, and especially in the entertainment industry, sexuality is everything. NBC News chose to exploit a 23 year old woman’s sexuality instead of simply focusing on her accomplishments. What is the news network doing? Patting itself on the back for a lesbian contestant? She’s certainly not the first and won’t be the last. A few months ago the show spotlighted a transgender contestant. That was obnoxious but it was more understandable because the contestant chose to use her new found notoriety to normalize her lifestyle to the audience. And, she is older than Mattea. Mattea has not taken the same path with her 15 minutes of fame.

Mattea is a tutor for law students. She studied law herself and decided not to pursue that career for herself and tutors law students now. I doubt she intends to make tutoring her life’s work but for a 23 year old it is a reasonable decision. As I mentioned, she’s sharp. NBC News reported that as of last Friday, she qualified for the Tournament of Champions, which is for the 15 contestants who win the most money in the prior season. Apparently Mattea’s sexuality is more impressive to whatever NBC intern that tweeted about her. That’s just sad.

Roach, a 23-year-old Canadian tutor, took home $34,000 on Friday, bringing her total winnings to $320,081 and making her the highest-winning Canadian contestant in “Jeopardy!” history.

And as Roach breaks “Jeopardy!” records, she’s also amounted another noteworthy accolade. Roach, who is a lesbian, according to her Twitter account, has become the game show’s latest LGBTQ sensation.

Roach’s winning streak follows the success of “Jeopardy!” champion Amy Schneider, who made history in November when she became the first transgender contestant to qualify for the Tournament of Champions.

“This has been such a crazy season of streaks,” Mattea told “Jeopardy!” following her 12th consecutive win last week. “I was fully thinking, you know, Amy might still be here. If it’s not Amy, there’s going to be some other super champion that’s just going to knock me out game one. And then, I guess what I didn’t realize is maybe I could become the super champion I wanted to see in the world.”

“Latest LGBTQ sensation.” My God. Just stop it already. Yes, she has the word lesbian in her Twitter bio but the point is that she isn’t on the show putting her sexuality front and center. She’s there to play the game and win a lot of money along the way. You know, like she’s supposed to do.

One user sarcastically responded: ‘The 23 yr old tutor from Toronto has won a total of etc etc etc. Don’t know what her sexual orientation has to do with anything. Or will you be describing the next big winner the same sort of way? 45 yr old straight man wins… 38 yr old single straight childless woman wins..’

Another cutting tweet read: ‘Is there some significance to her being a lesbian? Is there some kind of unique obstacle to be overcome in order for a lesbian to succeed at Jeopardy? I can’t imagine that is even a question on the form you fill out to be a contestant.’

And one Canadian user pointed out: ‘And somehow, in all the coverage of Mattea here in Canada, not once has her sexuality been mentioned… because it doesn’t have anything to do with her success on Jeopardy.’

Jeopardy! fans don’t tune in for woke storylines. We tune in for the game. It’s as simple as that. All this other stuff is just noise.

Hilarity ensued as some fans mocked the tweet for its grammatical composition.

‘The grammatical ambiguity of this lede confuses me. Does she teach lesbians part time? Or does she teach how to be a lesbian part time?,’ one user wrote.

‘Also, on a related note, for how long has NBC been stuck in the 50s?’

Another said: ‘Does she teach people how to be lesbians? Or does she tutor only lesbians in some other subject? I know what you meant, but I’m not sure it needed to be literally the 2nd thing I ever heard about her – before even her name or why she made the news.’

No one cares. Mattea doesn’t even care. Some NBC intern somewhere needs to get out of his or her bubble and go talk to some regular people who just like to tune into a game show. That someone thought a lesbian contestant in 2022 is a big news story is laughable. Her success is the story, not her sexuality.