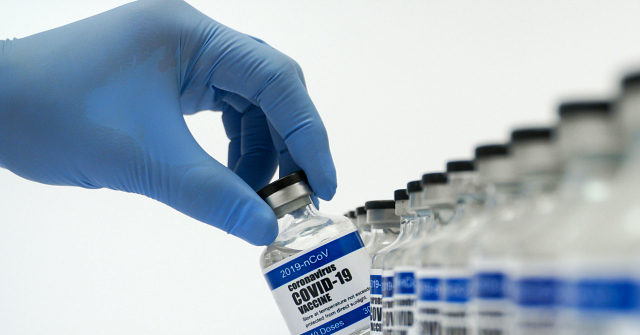 A member of the board of directors of the National Education Association (NEA) posted a message to Facebook that denounced unvaccinated individuals who claim religious exemptions and asserted they deserved to die, according to the Libs of Tik Tok social media account, which shared a screenshot of the post on Tuesday.

Mollie Paige Mumau, a Pennsylvania teacher and member of the board of directors of the NEA, appears to identify herself as an “educator, wife, union advocate, semi-pro wine drinker, LGBTQ ally, and ‘Team Pfizer.’”

Board member of NEA – the largest teachers union, saying unvaxxed should die or be shot and @NEAToday is silent. https://t.co/rxEccgwdri

Per the screenshot, Mumau wrote, apparently in response to a specific person, that those who choose not to be vaccinated and obtain a religious exemption deserve to die or be shot:

Screw this guy and screw them all who are all about hiding behind religious exemptions because they don’t want anybody to tell them what to do. People tell you what to do all the time, and you do it. This is such BS. He and his ilk deserve whatever comes their way, including losing jobs, getting sick, and perhaps dying from this virus. But in the meantime, he’s going to put all the people around him in danger. I don’t know why the GOP doesn’t just take those guns they profess to love so much and just start shooting all of their constituents who think this way. It would be quicker and ultimately safer than putting me and my friends and family at risk.

this is a board member of the nation’s largest teachers union. https://t.co/XmrTtHTsCj

She isn’t just a teacher. She’s also a board member of the National Education Association pic.twitter.com/knrtwAwXup

At the time of publication, the NEA Pennsylvania state directors list no longer appears to contain Mumau’s name:

Breitbart News reached out to the NEA for comment and is awaiting the union’s response.

According to the Daily Signal, Sarah Grabski, director of communications and administrative services for General McLane School District in Erie County, Pennsylvania, confirmed a woman named Mollie Mumau is employed in the district.

“The district is aware of a potentially inappropriate social media comment by a staff member,” said a statement addressing the issue. “The district will investigate the matter and act accordingly. In all situations, the district’s utmost concern is the safety of our students and staff.”