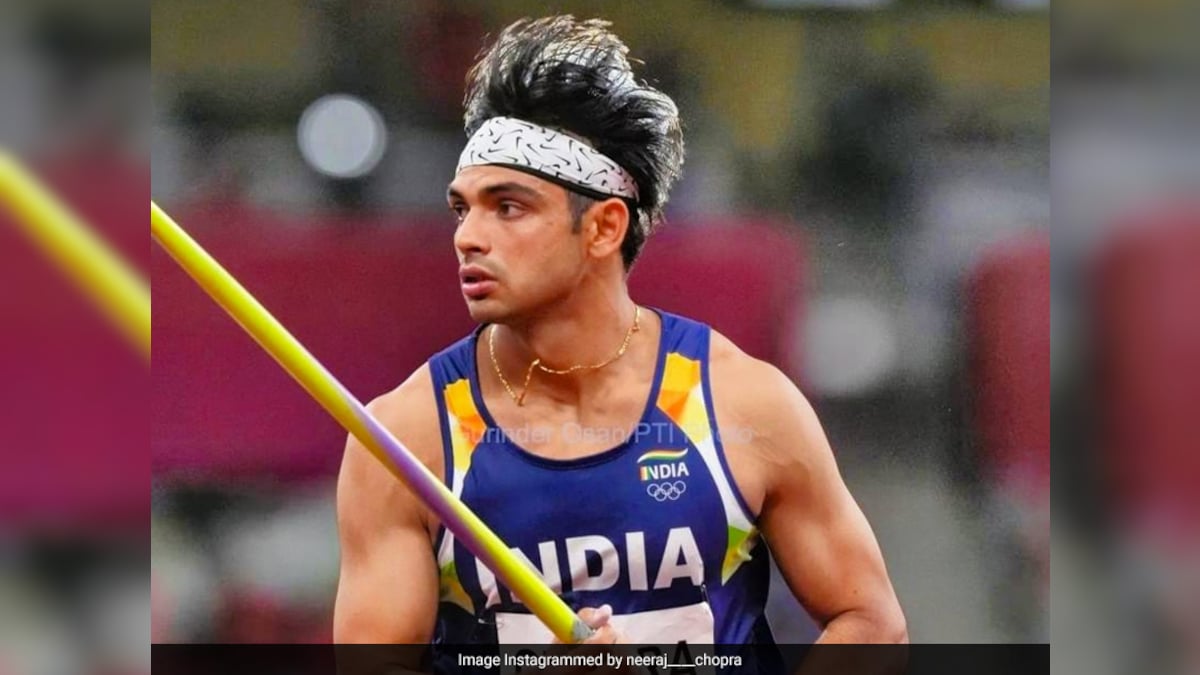 India’s Olympic gold medal-winning javelin thrower Neeraj Chopra was on Wednesday nominated for the prestigious Laureus ‘World Breakthrough of the Year’ award, making him the first Indian to be featured in the short-list for this category. He was clubbed alongside tennis stars Daniil Medvedev and Emma Raducanu among others. The 23-year-old Chopra last year became only the second Indian to win an individual Olympic gold medal and first in track and field in Tokyo with a throw of 87.58 metres in his second attempt. The performance catapulted him to superstar status in India and also brought him worldwide acclaim.

“…it’s a great honour for me to be recognised in the wider sporting world for what I achieved in Tokyo. From being a kid in a small village in rural India who only took up sport to get fit, to standing on top of an Olympic podium, it’s been quite an eventful journey so far,” Chopra said in a statement issued by The Laureus Academy.

“I feel privileged to be able to represent my country and win India medals at the global stage, and now to have this recognition from Laureus and be considered alongside such exceptional athletes is a really special feeling.” He is now only the third Indian to fetch a Laureus nomination after cricket legend Sachin Tendulkar and wrestler Vinesh Phogat.

Phogat was nominated in the ‘Laureus World Sporting Comeback’ category for the year 2019, while Tendulkar won the ‘Laureus best sporting moment in the last 20 years’ in 2020.

The moment in consideration was Tendulkar’s teammates lifting him on their shoulders after India won the 2011 ODI World Cup at home.

A panel of more than 1,300 sports journalists and broadcasters of the world have selected the nominees in each of the seven categories for this year’s Laureus World Sports Awards.

The winners will be revealed in April, following a vote by the Laureus World Sports Academy, the world’s ultimate sports jury, made up of 71 of the greatest sporting legends of all time.

At the 2016 World Under-20 Championships, Chopra won the gold medal.

Also nominated with Chopra for the Breakthrough Award are FC Barcelona’s football prodigy Pedri, the 19-year-old who was voted best young player at the Ballon d’Or, Yulimar Rojas, who broke the 26-year-old triple jump world record, and swimmer Ariarne Titmus, who twice beat champion Katie Ledecky at 200 and 400m in Tokyo.

The battle for the Laureus World Sportsman of the Year Award will be one of the most competitive ever.

Elaine Thompson-Herah matched fellow Jamaican sprinter Usain Bolt with gold medals in the 100, 200 and 4×100 metres relay; Allyson Felix passed Carl Lewis as the most decorated track and field US Olympian; Australian swimmer Emma McKeon’s four gold and three bronze tied the record for the most medals ever won by a woman in a single Olympic Games; and American swimmer Katie Ledecky won two more gold and two silver medals.

They are joined by China’s Olympic diving team, who won gold medals in seven of the eight events, the Milwaukee Bucks, inspired by Giannis Antetokounmpo, who ended their 50-year wait for a second NBA championship, and the Mercedes-AMG Petronas Formula One Team which won a record eighth consecutive Constructors’ World Championship.