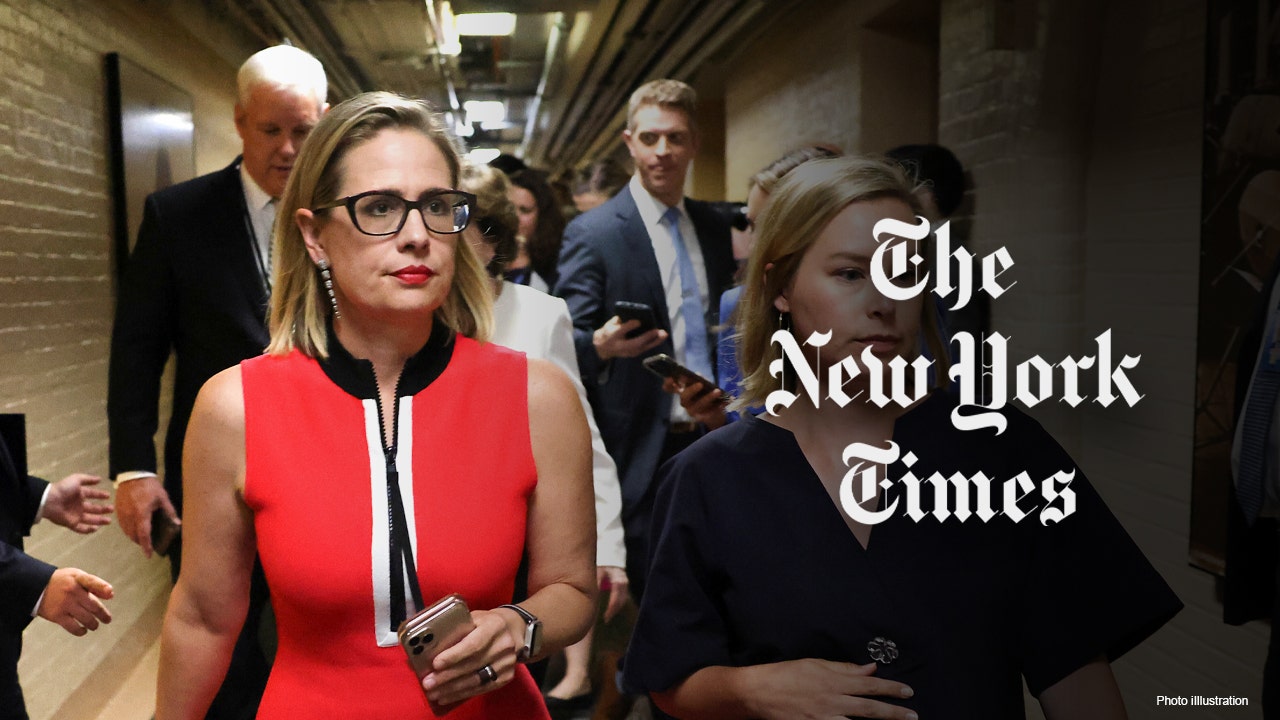 Three female senators came to the defense of their colleague Kyrsten Sinema, D-Ariz., over the New York Times‘ “sexist” coverage of her appearance.

The first, titled “Kyrsten Sinema’s Style Keeps Us Guessing,” was written Oct. 18 by Times fashion critic Vanessa Friedman. The other three, penned from Oct. 29-Nov. 12 by Times opinion writer Tressie McMillan Cottom, had the headlines, “Why We Should Talk About What Kyrsten Sinema Is Wearing,” “Kyrsten Sinema and the Politics of a Sleeveless Silhouette” and “How Kyrsten Sinema Uses Clothing to Signal Her Social Class.”

“The Times has published four separate pieces analyzing the style and dress of our colleague Senator Kyrsten Sinema,” the senators wrote. “We cannot imagine The Times printing similar pieces on the fashion choices of any of our male colleagues.”

“As Senator Sinema recently said about the commentary on her fashion: ‘I wear what I want because I like it. It’s not a news story, and it’s no one’s business.’ We couldn’t agree more,” the trio backed Sinema.

Collins, Murkowski and Shaheen added, “Senator Sinema is a serious, hardworking member of the Senate who contributes a great deal to the policy deliberations before us. Your repeated focus on how she dresses, rather than what she says and does, is demeaning, sexist and inappropriate.”

A Times spokesperson told Fox News, “The aim of our Opinion coverage is to invite intelligent discussion from informed people with a diversity of opinions and ideas. We believe in open debate and always welcome reactions such as the Senators.”

Sinema has been the target of media attacks for pumping the brakes on the Biden administration’s multi-trillion-dollar agenda he wants to pass through Congress.

Last month, a Times editorial board member called on Sinema to leave the Democratic Party.

“Some have suggested that she’s charting a path out of office entirely. But Ms. Sinema’s better course may be not to leave the Senate but to split with her party. Her departure might even wind up being a positive for all involved,” Times’ Michelle Cottle wrote.