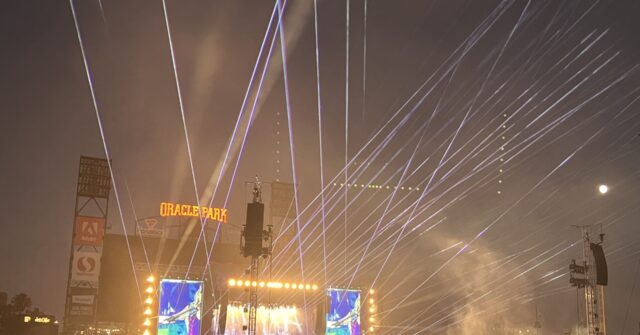 Major concerns and sporting events are continuing to be held across California despite the ongoing energy crisis, with fans flocking to Oracle Park in San Francisco Wednesday for a rock concert, and the L.A. Rams due to open the NFL season at home Thursday.

As Breitbart News has reported, California is entering its eighth consecutive day of “Flex Alerts,” during which consumers are asked to save electricity in the afternoon and evening hours. An energy emergency is possible on Thursday, including possible blackouts.

But the same apparently does not apply to large stadium events, during which large amounts of electricity may be used for lighting, sound amplification, and special effects, as well as for providing vending and other services to tens of thousands of patrons.

Fox News reports that SoFi Stadium, where the Rams will host the Buffalo Bills, does not use conventional air conditioning, since it is an outdoor stadium and was designed to use breezes from the nearby ocean for cooling. But the stadium will still use a good deal of energy to power its lights, screens, and scoreboards.

The Oracle Park concert, which featured Joan Jett and the Blackhearts, Poison, Mötley Crüe, and Def Leppard, was also outdoors, though it kicked off at 4:30 p.m. just as the “Flex Alert” began, and lasted beyond the alert’s end. In addition to booming amplifiers, Visual effects included large screens, lights, and laser beams.