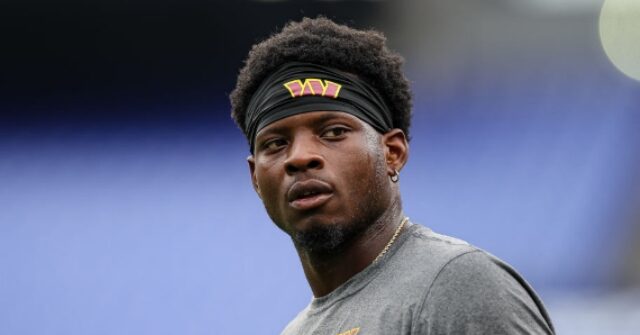 Washington Commanders running back Brian Robinson has been hospitalized after being shot multiple times during a robbery attempt.

The attack reportedly happened during a carjacking, and the suspect remains at large.

Robinson did not play in Saturday’s preseason game against the Baltimore Ravens. He was seen as a leading rookie running back after the Washington Commanders drafted him out of Alabama in the third round earlier this year. 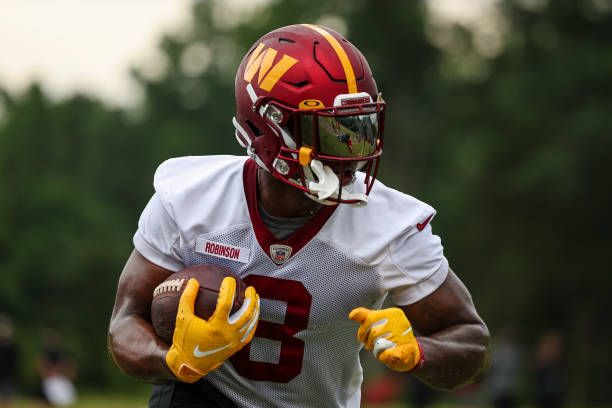 “In the first two preseason games, Robinson ran 14 times for 57 yards and a touchdown and caught two passes for 15 yards,” noted NBC.

The attack on Robinson marks the second time in just over a month that a prominent athlete had been randomly attacked. In early July, NASCAR star Bobby East died at the age of 37 after being stabbed in the chest at a California gas station. The murder occurred in Westminster when a homeless man, Trent William Millsap, allegedly stabbed East in the chest while fueling his vehicle. East was pronounced dead after being transported to a nearby hospital.

“The victim was found on the ground suffering from a serious stab wound to the chest area,” Westminister Police said of East’s murder. “Officers attempted life-saving measures until OCFA paramedics arrived and transported the victim to a local trauma center, where the victim succumbed to his injury.” 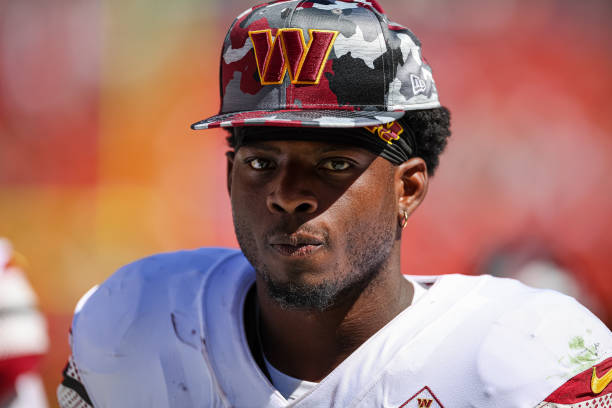 Brian Robinson #8 of the Washington Commanders looks on against the Carolina Panthers during the second half of the preseason game at FedExField on August 13, 2022, in Landover, Maryland. (Scott Taetsch/Getty Images)

Millsap reportedly died in a SWAT raid two days later after executing a warrant to arrest him at an Anaheim apartment, according to the Orange County District Attorney’s Office. Millsap reported died as police tried to arrest him. He had also been accused of stabbing another man at a 76 gas station before allegedly murdering East.

Paul Bois joined Breitbart News in the summer of 2021 after previously working as a writer for TruthRevolt and The Daily Wire. He has written thousands of news articles on a variety of topics, from current events to pop-cultural trends. Follow him on Twitter @Paulbois39