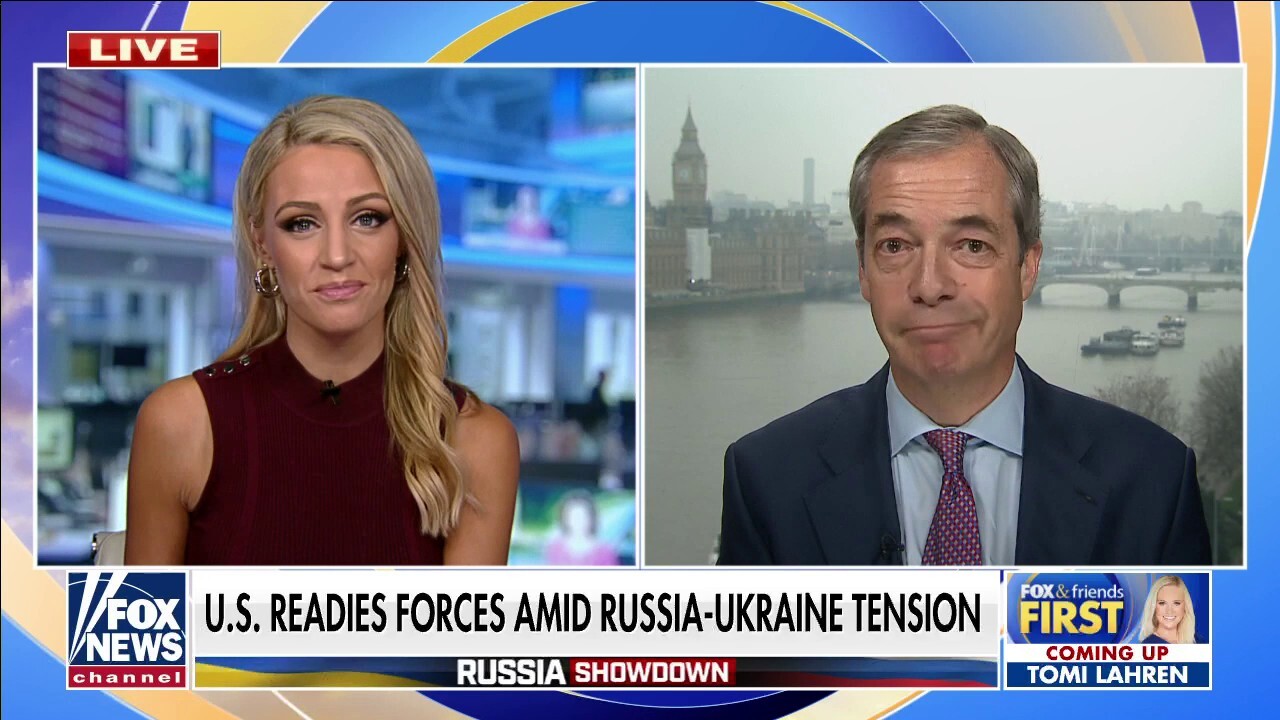 Nigel Farage, former leader of the Brexit Party, provided analysis after President Biden met with European leaders to discuss Russia’s increasing pressure on Ukraine. On “Fox & Friends First” Tuesday, Farage told Carley Shimkus that it’s hard for NATO members to trust Biden after the botched Afghanistan withdrawal and said the tensions between Russia and Ukraine is a result of Biden’s actions.

NIGEL FARAGE: I’m pleased that the NATO leaders spoke. But please don’t forget this: Since Biden’s catastrophic withdrawal from Afghanistan, it is not easy for other NATO members – and don’t forget the UK are the second-biggest military member of NATO – it’s not easy for us to trust anything that Biden says.

I would put this to you. There would not be 120,000 Russian troops on the Ukrainian border if Biden had not done that catastrophic withdrawal from Afghanistan. If Donald Trump was president. So, much of this, it has to be said, is of the US president’s making. And what Putin can see is a west with very real divisions despite those nice words we heard a couple of minutes ago.

WATCH THE FULL INTERVIEW BELOW: