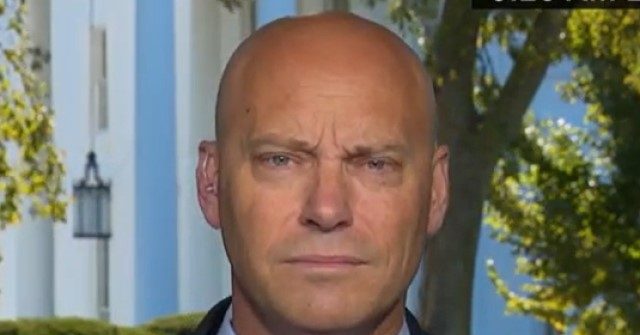 Marc Short, former Vice President Mike Pence’s chief of staff, said Sunday on CBS’s “Face The Nation” that he had no reason to believe that Sen. Ron Johnson (R-WI) was directly involved in attempts to hand a “fake sets of electors” to Pence on January 6, 2021.

MARGARET BRENNAN: I want to ask you about abortion in a moment, but just here on this topic, the January 6 committee revealed this week that the Chief of Staff for Senator Ron Johnson of Wisconsin was trying to pass along fake electors to the Vice President to right before he was set to certify the election. Were you aware of this scheme? Was the senator directly involved?

SHORT: I have no reason to believe that the senator was directly involved. I know that Chris Hodge, and our director of legislative affairs shared with me that in texts they came in and- and I’d said to Chris responded not to deliver that to the Vice President, because what we’ve learned when we sat down with the parliamentarian, Margaret, is it honestly, this happens, every cycle, that members send in separate fake sets of electors, every time, every four years. But, they come into the archives of the parliamentarian, and they dismiss them. If they’re not certified, it’s kind of meaningless.

BRENNAN: But are you saying what Ron Johnson’s staff was doing was totally kosher?

SHORT: No, no, no, I didn’t say that, Margaret. I said that what happens is that individuals across the country can send in their own set; they do it all the time. It means nothing, though, unless the state has certified it.

BRENNAN: So the Senator’s staff

SHORT: And so we intentionally were like, No, there’s no interest in seeing a separate set that has not been certified by the state of Wisconsin.

BRENNAN: But wasn’t that troubling to you? I mean, this isn’t just someone randomly sending it in the mail.

SHORT: I think it was clear at that point of where we were in this that there were other electors that were being submitted. So I can’t say that it was necessarily shocking at that stage of events.

BRENNAN: Was he the only one who tried to do this?

SHORT: I don’t know of any other member of Congress, or staff that tried to know, but I have no reason to know that Ron Johnson was, was behind that or not, it was a staff-to-staff conversation.

SHORT: There were a lot of incredible things that happened around that day.