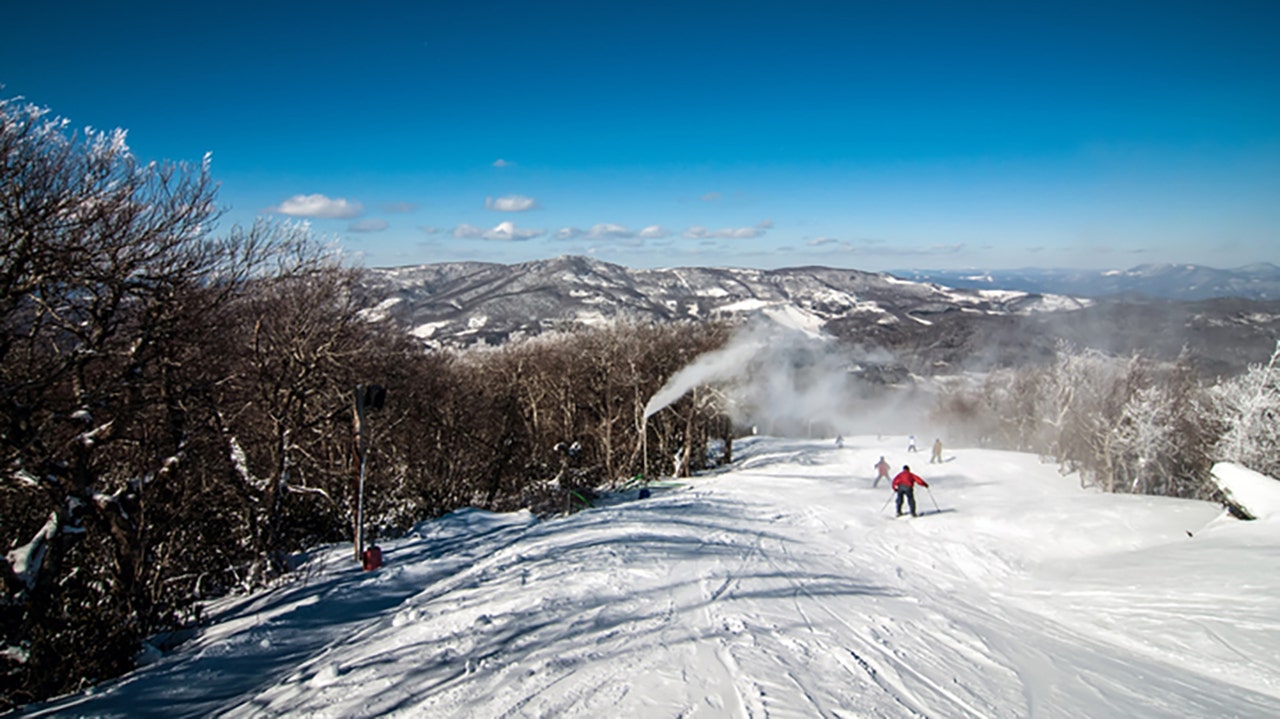 Two skiers at a North Carolina mountain resort were hospitalized Friday after they were hit with a blast of cold water from below them as they rode a ski lift, according to reports.

Another guest had skied into the snowmaking hydrant directly below the ski lift, causing it to break, Beech Mountain Resort said in a statement, according to FOX 46 in Charlotte.

The skier on the ground wasn’t hurt. The resort said crews responded immediately and got everyone off the ski lift and stopped the water.

“Our operations and safety team worked diligently to unload the lift and drain the system safely,” the report said. “Avery EMS transported two patrons to a local hospital with non-life-threatening injuries. We believe everyone is okay outside of the unfortunate situation, and operations are on a regular schedule.”

Video of the incident quickly went viral, showing a seemingly endless amount of water spraying the ski-lift riders from underneath where they sat.

One of the ski lift riders, Ivy Elise-Ivey, told WSOC-TV in Charlotte she broke her arm after she and her boyfriend decided they had to jump 25 feet from the ski lift along with several others after the geyser started shooting into the air.

“Everyone was in shock. You’re not going to jump from 25 feet, if you don’t think you have to,” Ivey said. She told the station she felt the resort could have turned off the hydrant sooner and the resort said none of the riders were told to jump from the lift, WSOC reported.

The resort said of Ivey: “After the incident, she was evaluated and stabilized by ski patrol before she left to seek further medical attention. As soon as we became aware of the problem, we took action as quickly as possible to shut off the water and assist the remaining skiers in disembarking at the top of the lift. This was a very difficult situation for both our guests and our staff. We very much regret that the incident occurred and we again offer our apologies to the guests that were adversely affected.”

Another rider, Emma Lopinto, 19, said she and her best friend also jumped.

“I’m in quite a bit of pain, mainly on my left side of my body. I have bruises from head to toe, some big, some small, like all over my body,” she told the station. “We just grabbed each other and ducked our head and all I remember is the metal bar flying up and then me flying up. I don’t remember anything and I remember opening my eyes belly first on the ground.”

A skier who spoke to High County Press on Boone, North Carolina, described what he saw to the newspaper.

The resort opened for normal operations on Saturday, according to FOX 46.