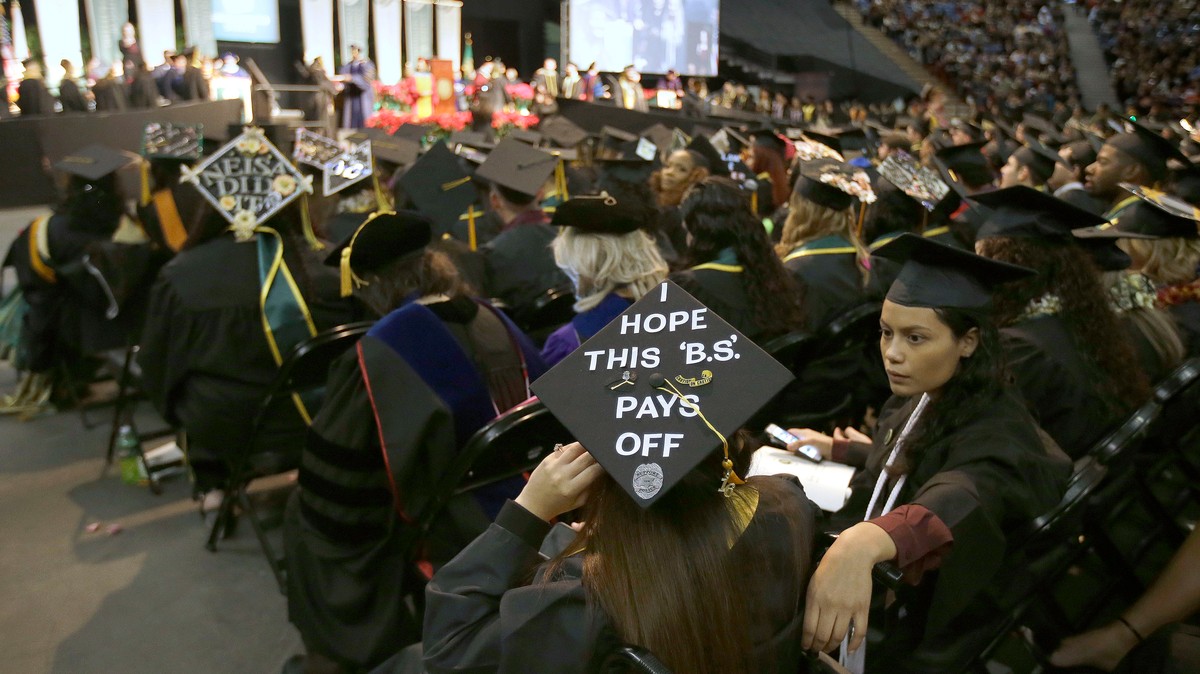 Dadasaheb Tandale, a graduate student of social development and inclusion, did not expect the long shadow of ancient caste-based discrimination to follow him from India all the way to the U.S., but it did.

“It came from a professor,” he told VICE World News. His first brush with casteism came from an upper-caste professor of Indian origin at an American university that Tandale did not want to name for fear of backlash.

The professor was highlighting the development metrics of a town in India – class struggle, gender, economics, civic needs – but was radio silent on caste. This seemed odd to Tandale and someone else in the class. “An African American classmate of mine asked him why he was ignoring the question of caste because she could empathise with that struggle given her heritage,” Tandale said. Then, smirking and pointing in Tandale’s direction, the professor told his classmate:  “Your friend here apparently knows all about it.”

“I was thoroughly humiliated,” Tandale said. “Here he was, a PhD holder and a professor of social sciences, and he was still resorting to such cheap, sly, casteist remarks.”

So when California State University added “caste” in its list of protected categories against discrimination, Talande was relieved. Any discrimination or hate crime on the basis of caste at CSU can now be prosecuted. CSU already had caste in its nondiscrimination policy before, but the recent categorisation affords legal protection against casteism.

India’s 3000-year-old Hindu caste system divides people at birth into four supposedly divinely preordained hierarchical categories and is considered the world’s oldest form of social discrimination. Dalits, like Tandale, are at the very bottom of the system. Up until a few decades ago, Dalits were treated as untouchables in Indian society.

Caste-based discrimination and atrocities continue to manifest in brutal ways in India today. On Sunday, a Dalit man was forced to drink the urine of eight of his upper-caste attackers. In May 2021, a Dalit man’s pregnant wife was raped in front of her kids for four days after her husband refused to cut a tree at the farm of upper-caste men. Dalits still often face social discrimination when they try to date or marry outside their caste, at their jobs and even in Indian universities.

The effects of caste also spill over into diaspora communities and, increasingly, onto American college campuses, which have more than 200,000 students straight from India and many more Americans of Indian origin, according to the International Educational Exchange.

But caste-based discrimination in the U.S. is subtle, Talande says. It manifests in microaggressions such as his experience with his professor.

CSU is not the first American university to take on caste-based discrimination. Maine’s Colby College; the University of California, Davis; Harvard University; and Brandeis University, Massachusetts – have all recently included caste as an officially protected category against discrimination.

But the change in CSU could have the greatest impact. It will apply to all of its 23 campuses, close to half a million students, and over 29,000 faculty members, 600 of whom are Indian Americans. CSU is the largest four-year public university system in the U.S.

Not everyone is happy about the university’s bold move on caste, though. The Hindu American Foundation (HAF), an advocacy group that claims to represent the rights of some two million Hindu-Americans, plans to legally challenge it.

“It will only apply to and implicate faculty of Indian and South Asian origin. This is by definition discriminatory,” HAF executive director and co-founder Suhag Shukla told VICE World News. “[Are] the faculty and students of South Asian and Indian origin somehow so inherently bigoted that a special category that only applies to them was merited? This false presumption is absolutely baseless, deeply offensive, and racist.”

She added that CSU’s move is an “unlawful departure from the well-established practice of facially neutral policies” that apply to all employees regardless of background.

But the anti-casteism policy does not actually mention Indians or South Asians, meaning it applies to everyone at CSU, and anyone who commits a caste-based offense may be charged and prosecuted.

“With the kind of abrasive defence they have put up, it shows that the privileged castes don’t care much about Dalit liberation,” he said. “Their actions are both immature and childish.”

Shukla disagrees. “There is not even a single complaint of caste-based discrimination on a CSU campus or example of existing policy failing to provide redress to any such complaint,” she claimed.

VICE World News also reached out to CSU for comment but the university did not respond to our queries.

A Dalit professor from CSU speaking to VICE World News on the condition of anonymity to avoid legal repercussions said that registering complaints of caste-based discrimination was not possible before the new policy. “Since we did not have caste as a protected category, many of us were not open about sharing, [even] though organizers worked very hard to connect Dalit students to the university [authorities] to provide some testimony.” Even while reporting this story, several people we spoke to about caste in the U.S. said they experienced it, but didn’t want to share their experiences publicly.

Shukla plans to use existing studies to push back against the new CSU policy. “The fact is that while discrimination on the basis of colour is common for Indian Americans, caste discrimination is exceedingly rare,” she said. To corroborate her point, Shukla cited the Realities of Indian Americans: Results From the 2020 Indian American Attitudes survey by the Carnegie Endowment, Johns Hopkins University, and the University of Pennsylvania.

VICE World News reviewed the study and found that even though it says “the difference in perceptions of caste discrimination is tiny,” it does conclude that both Indians and non-Indians are “almost equally to blame” for caste-based discrimination.

The U.S. is no stranger to those prejudices and Dalit oppression. In 1978, Dalit immigrants in New York and New Jersey came together to form the first anti-caste organization in the United States, called the Volunteers in the Service of India’s Oppressed and Neglected. Even now, there are at least five non-profits in North America. aligned with the Ambedkarite movement, which aims to eradicate caste from the world. Tandale is a member of one such organization, a registered non-profit called the Boston Study Group, which holds a lecture series on YouTube.

The Dalit professor at CSU believes casteism on American campuses needs to be addressed. “Thanks to imported social capital and privilege, the Indian diaspora, which is mostly the dominant caste, heavily influences the political structure of this country. They bring a host of prejudices from their culture and background which are anti-poor and anti-marginalized.”

Yengde, the Harvard and Oxford scholar, believes that if an institution is serious about fighting the scourge of casteism, it must start with data and an adequate and clear representation of caste minorities, from among students and faculty. “Any policy must be demonstrated through clear research-backed data. Only then does it rise above just brickbat activism and street fight,” he said. “Representation is the key. Ultimately, it needs to be a collective struggle.”

The professor said that it’s high time universities start working towards policies that prevent casteism before it happens, and the heavy lifting must come from upper-caste Indians themselves.

“Caste is not a problem created by us,” the Dalit professor said. “The onus is on [members of upper castes] to organise seminars, invite Dalit speakers, and have sensitisation workshops. They have to do the hard work of neutralizing their privilege.”