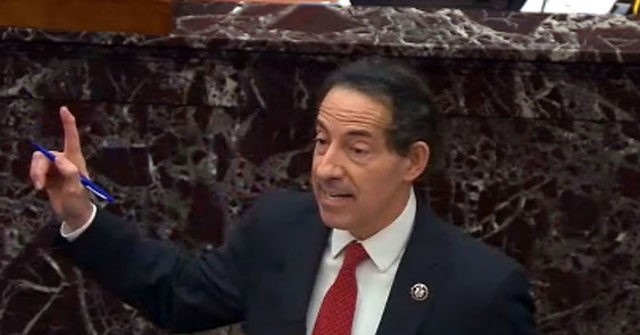 Representative Jamie Raskin (D-MD) said Sunday on ABC’s “This Week” that it was not his “principle interest” that former President Donald Trump be criminally charged for his actions surrounding the January 6, 2021 riot on Capitol Hill.

RADDATZ: Given this week’s testimony, will you be – all the testimony really, will you be disappointed if the Justice Department does not file charges against Donald Trump?

RASKIN: You know, the – I have to tell you, speaking for myself, that is not my principle interest. I mean our democracy is on the line here. Our Constitution is at stake. Are we going to have violent assaults against our elections? Are we going to have politicians who, disappointed with the results, try to overthrow the election and just seize power? Is that what American democracy is going to look like in the 21st century?

So, for me, I’m principally interested in telling the American people the truth so we can fortify our institution against coops and insurrections going forward.

But I know that there’s a great public hunger for individual criminal accountability and I’ve got confidence in the Department of Justice, in Attorney General Merrick Garland to do the right thing in terms of making all the difficult decisions about particular cases. And they’ve brought more than 850 indictments already.