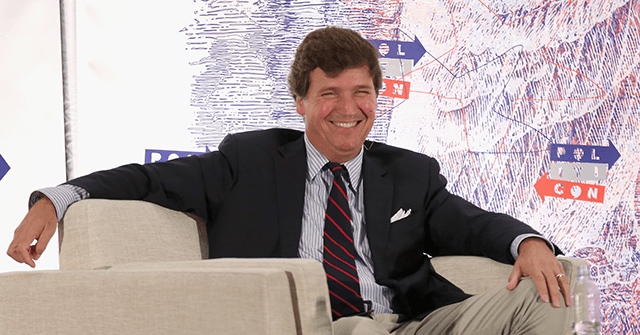 For months, the New York Times schemed to launch an all-out assault against Tucker Carlson and now that assault has concluded with just one result: the Times once again exposed its own irrelevance and impotence.

On Sunday, the Times published a three-part series — three parts! — with only one goal in mind: to destroy Tucker Carlson, the top-rated personality in all of cable news. I don’t link fake news, but here are the three headlines…

It’s important to note that the Times was only the tip of the spear in this coordinated smear campaign.  An outlet like the Times doesn’t invest all this effort into an individual’s annihilation without allies. Oh no… And that’s why, if you were paying attention to the rollout, you saw the Times’ so-called competition at places like PBS, NBC, CNNLOL, and the Washington Post join the assault. On both Sunday and Monday, it was D-Day for the corporate media and the Tucker Carlson Beachhead was swarming with all those bitter feminists and beta males who pose as journalists.

The goal behind this three-pronged assault was not subtle. If the media could not get Carlson fired, the Times was damn sure going to get him to change his ways or shut him up. At the very least, the Times was going diminish Carlson in the eyes of his audience by putting him on defense.

The New York Times is calling us racist again. Here’s our response. pic.twitter.com/GOtG5LHBi6

And those who weren’t laughing like Carlson was, merely shrugged.

Carlson said he didn’t even read the Times piece. Well, why would he? The Times no longer matters.

I barely scanned the Times pieces. Why? The Times no longer matters.

You see, the corporate media are now living in the world they most feared: a world of indifference. A world where no one pays them any attention, where they no longer matter.

For decades the Times was America’s paper of record, a news outlet with enormous power and moral authority. What the Times published mattered. The Times could change minds, swing votes, and sway public opinion.

Then, as the Times became more biased, its power came from its ability to outrage the political right. We were always reacting to the Times, constantly on defense, and obsessively cataloguing its sins. Why? Because the Times still mattered.

Now look at where the Times sits. We just don’t care anymore. And the primary reason we don’t care anymore is because we know the Times doesn’t matter anymore. The Times now exists in a tiny, left-wing bubble dedicated only to making a couple million wealthy white women feel good about who they are. Outside of that bubble, America either shrugs or laughs. The moral authority is gone and with it the ability to sway public opinion. So we just don’t care.

TUCKER: “Critical race theory is a lie. From the first word to the last, from start to finish. It is vicious. It is cruel. It divides the country potentially for good. It makes Americans hate each other.” https://t.co/rMtcNhefoO

And the same is true with the rest of the corporate media.

The entire institution is a joke.

You know, ten, maybe even five years ago, had the Times targeted Carlson like this, even with the same baseless lies, there’s no question he would have been in for a rough time. The pressure would have been intense at Fox News to at least do something to put a stop to it, to take a little step back. Tucker’s audience would have wanted him to address the issue, to respond in some way. Spineless Republican politicians would’ve felt pressured to distance themselves. Anything to take the pressure off. And in the end, Carlson would have come out damaged, weaker. Five and ten years ago, no one walked clean away from this kind of full-frontal media attack.

Those days are over.

The only news outlet damaged by the Tucker assault is the New York Times. All they accomplished was to expose how little anyone cares about what they publish.

Imagine you’re a Times’ subscriber watching this humiliating failure. Wouldn’t it make you rethink your investment? Why overpay for something that no longer moves the needle, that no longer has the juice to do anything other than waste your money on a lot of pointless effort?

We’re winning. Try not to forget that. We are kicking the corporate media’s ass. We were never going to put the New York Times or CNN out of business. What we’ve accomplished is something even more glorious. Their irrelevance.

Think of it this way: if the New York Times was out of business, we couldn’t enjoy watching them helplessly flail around.