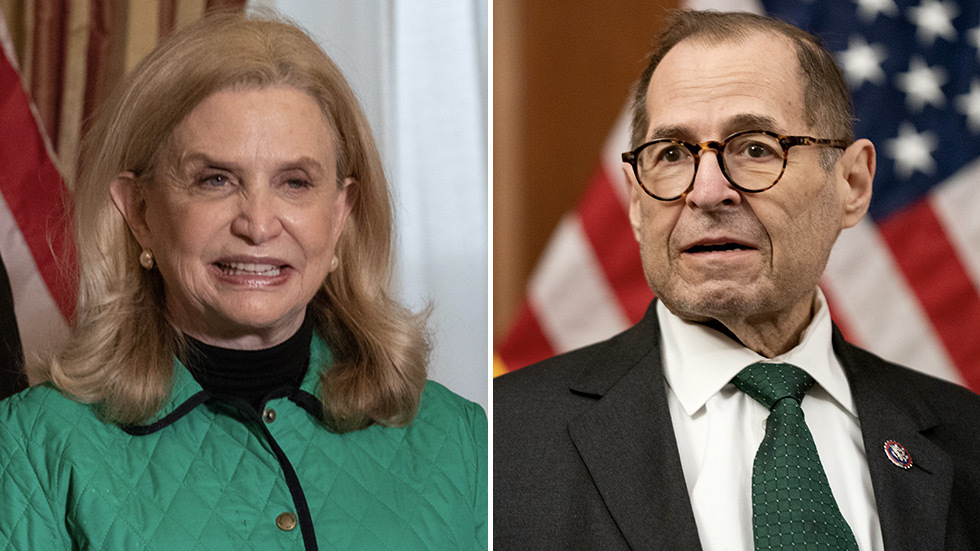 Interviews with Reps. Jerry Nadler (D-N.Y.) and Carolyn Maloney (D-N.Y.) by the New York Times editorial board showed the candidates offering conflicting responses on whether President Biden should run again.

The Democrats are facing off in the 12th Congressional District primary in New York, scheduled for Aug. 23, after the state’s new maps implemented earlier this year placed them in an awkward member-on-member primary.

In an interview on July 26 that was published Saturday, the New York congressman dodged a question regarding whether he felt the president should run again.

“That I can’t give a yes or no answer. I’ll simply say to that, I think the interests of the Democratic Party and the country are best served by waiting till after the midterms before we begin discussing that,” he said.

In an interview on Aug. 1 that was also published Saturday, Maloney first tried to assert her comments would be off the record and that Biden was not running again.

A member of the editorial board told Maloney that the discussion was on the record.

“On the record? No, he should not run again,” she said afterward.

The publication of the interviews comes the same day the editorial board announced it would be endorsing Nadler over Maloney. Attorney Suraj Patel is also running in the Democratic primary.

The two made headlines during a primary debate on Aug. 2 in which Nadler declined to say whether he believed Biden should run in the next presidential cycle and Maloney said, “I don’t believe he’s running for reelection.”

Following the debate, Nadler issued a statement saying he was supportive of the president and Maloney said she would support a Biden 2024 bid.

But Maloney later made headlines during an interview on CNN when she issued an on-air apology to the president for her remarks during the debate.

“Mr. President, I apologize. I want you to run. I happen to think you won’t be running, but when you run or if you run, I will be there 100 percent,” she said.

During another debate earlier this week, both said they would back a 2024 election bid by the president.

The Hill has reached out to Maloney’s campaign, Nadler’s campaign and the White House for comment.