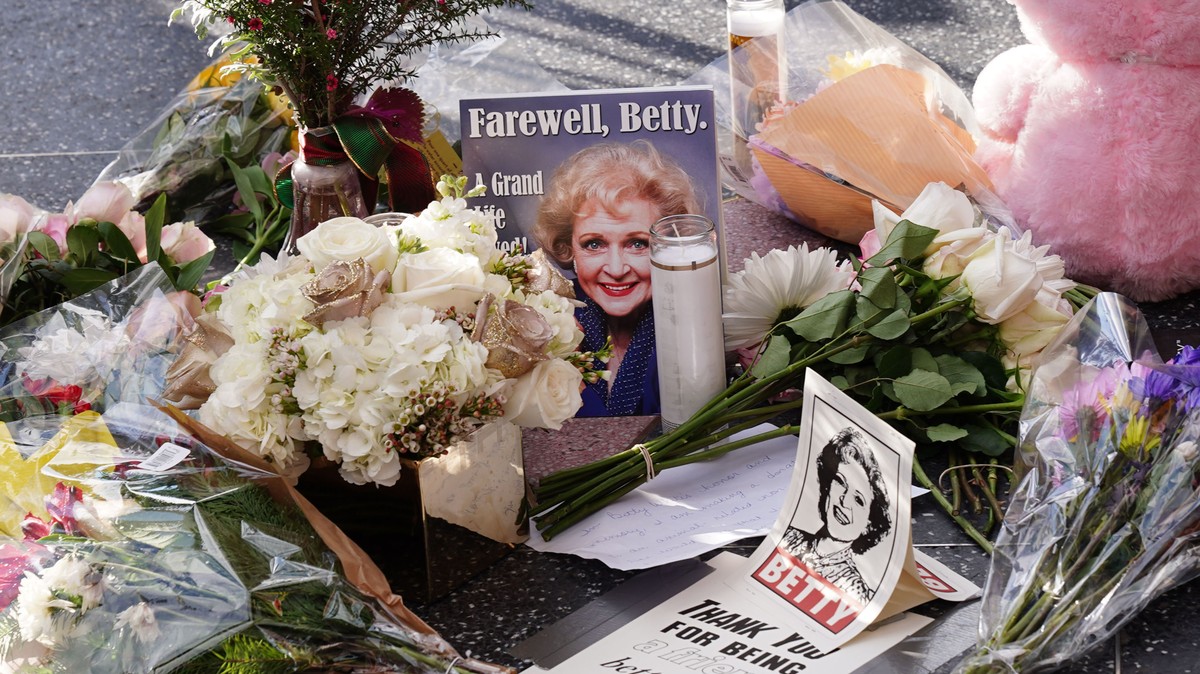 Flowers, cards and messages in honor of Betty White are seen at her star on the Hollywood Walk of Fame on December 31, 2021 in Los Angeles, California. White died at age 99 on December 31. (Hollywood To You/Star Max/GC Images)

Betty White’s death at the age of 99 on New Year’s Eve prompted an outpouring of tributes for the beloved American comedian and actor. Sadly, celebrity deaths in the age of COVID-19 also bring with them wild conspiracy theories from anti-vaccine activists.

Within hours of White’s death on December 31, just a few weeks shy of her 100th birthday, a conspiracy theory claiming she died as a result of complications from the COVID-19 booster shot was spreading widely on social media.

The posts, primarily on Facebook, claimed that White had made a statement days earlier, on December 28, saying: “Eat healthy and get all your vaccines. I just got boosted today.”

The screenshot of the quote was posted on social media accompanied by a link to a website called Crow River Media and an article about the Golden Girls star entitled: “Betty White: I’m lucky to still be in good health.”

However nowhere in that article, or in the original interview with People magazine the article was based on, did White say anything about getting the vaccine booster.

Despite this, the conspiracy theory spread quickly on Facebook, but they have now been removed after the claim was fact-checked by multiple outlets and White’s agent and clarified what happened to his former client.

“Betty died peacefully in her sleep at her home,” Jeff Witjas, told People. “People are saying her death was related to getting a booster shot three days earlier but that is not true. She died of natural causes. Her death should not be politicized—that is not the life she lived.”

A review of White’s social media accounts and her public interviews over the course of the last 12 months show that she rarely if ever spoke publicly about the COVID-19 pandemic or the vaccines.

False claims about the role COVID-19 and vaccines played in the deaths of celebrities have become all too common, as happened after the deaths of baseball legend Hank Aaron, boxer Marvin Hagler, rapper DMX and other celebrities.