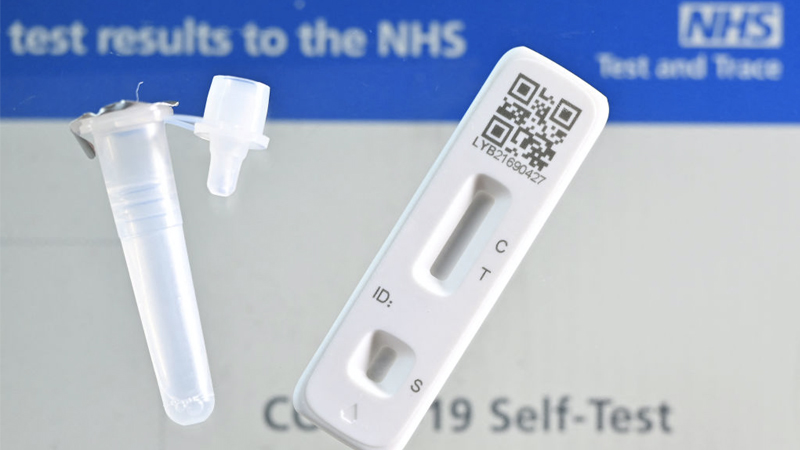 Ohio and Texas have issued warnings about a toxic substance found in at-home COVID-19 test kits that can be life-threatening upon exposure.

“We started getting our first exposures to these test kits around early November,” said Sheila Goertemoeller, pharmacist and clinical toxicologist for the center. “It was, really, all ages.”

Fifty million U.S. households have received some version of the test kits, although it’s not clear how many contain sodium azide. The government has sent 200 million of the kits, with about 85% of initial orders filled, officials said at a White House briefing last week.

Sodium azide, often used as a preservative, is a liquid reagent in several of the COVID-19 test kits, she said. Ingesting it can cause low blood pressure, which can result in dizziness, headaches or palpitations. Exposure to it can also cause skin, eye or nostril irritation.

The Cincinnati Children’s based Drug and Poison Information Center has logged 38 cases of sodium azide exposure, with cases peaking in January, around the time that the omicron variant triggered a high number of COVID-19 cases, Goertemoeller said. Adults exposed generally have experienced mild skin irritation, which can get worse if the area isn’t washed thoroughly, she said.

Likewise, the The West Texas Poison Center (WTPC) told people to read the instructions of at-home test kits they receive in the mail due to increased reports related to sodium azide poisoning.

“In-home COVID tests, there is a dropper that comes in the test, and it looks a lot like eyedrops so it’s really easy to confuse with things that you’re supposed to put into your body,” said WTPC medical director Sarah Watkins.

“It has a chemical in it called sodium azide, which in large amounts can be really dangerous and even life-threatening,” she added.

Upstate New York Poison Center has also received over a dozen calls related to the exposure of the sodium azide in the test kits.

COVID-19 Test PCR Inventor: “With PCR If You Do It Well You Can Find Almost Anything In Anybody”