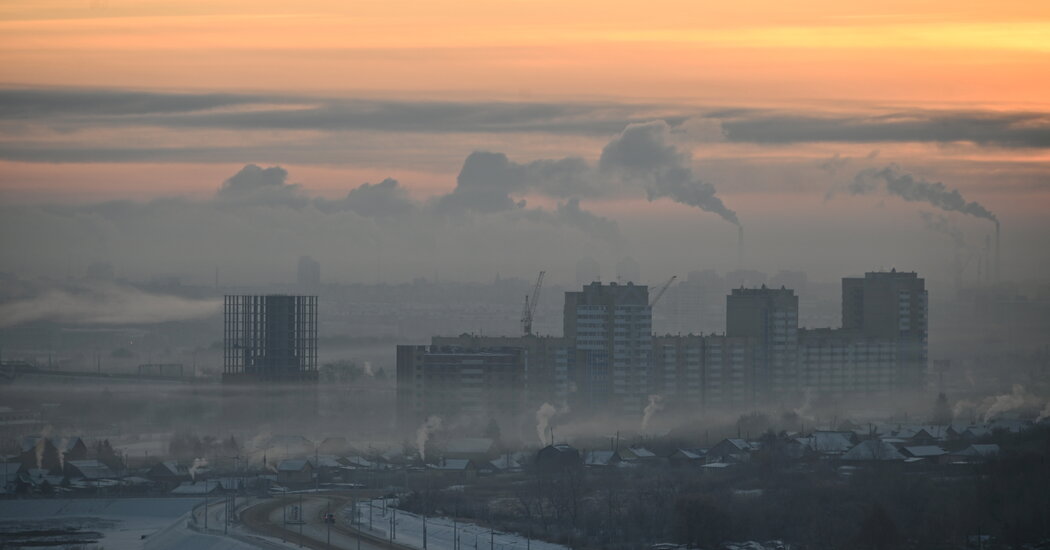 Uncertainty drove oil prices higher when trading opened on Sunday as more Russian troops massed on Ukraine’s borders, but they fell later in the night as news reports said President Biden would consider direct talks with his Russian counterpart as long as Russia does not invade.

Oil prices had been essentially flat over the last week as traders anticipated a potential nuclear deal with Iran that could allow the country to bring millions of gallons of oil to the market. But with tensions ratcheting up along the Russia-Ukraine border, oil markets opened in evening trading more than a dollar a barrel higher. In a sign of the volatility of the market, prices eased later on Sunday night and were down about 50 cents a barrel.

President Biden and other senior American officials have said that President Vladimir V. Putin of Russia has already decided to invade Ukraine despite the threat of crippling sanctions. Any invasion would most likely interrupt Russian natural gas and oil shipments to parts of Europe and then be followed by a decline in purchases of Russian energy by the West. Nevertheless, negotiations continued on several fronts.

The United States and many other industrialized countries will most likely release millions of barrels of oil from their strategic reserves as soon as a significant invasion occurs. There is also talk in Washington of suspending federal taxes on gasoline. Such measures could help restrain prices at the pump, at least for a short time.

The average national price of a gallon of gasoline rose nearly 4 cents over the last week to $3.53, roughly 90 cents higher than a year ago. Gasoline prices at the pump usually follow global oil price trends by a week or two.

Despite the growing likelihood of conflict, the American benchmark oil price fell nearly 2 percent last week while the global benchmark price rose by less than a dollar a barrel. Both benchmarks remain above $90 a barrel, the highest level since 2014.

With prices fluctuating on Sunday night as traders kept a close eye on developments, the American oil benchmark, West Texas Intermediate, was around $92 a barrel, while the global Brent benchmark was about $94 a barrel.

The United States is not a big importer of Russian oil, but Russia provides roughly one of every 10 barrels the global economy consumes as the third largest producer after the United States and Saudi Arabia. Russian oil exports go mostly to Europe and Asia, and global markets remain tight as production has not kept up with the economic rebound from the Covid-19 pandemic.

American oil production has gradually increased in recent months, and Saudi Arabia and the United Arab Emirates are believed to have spare production capacity. But it would take a nuclear deal with Iran to quickly send new barrels onto global markets. Iran has as much as 80 million barrels in storage it could sell relatively quickly and it could ramp up its production to 1.2 million barrels a day within eight months. But in a 100-million-barrel-a-day market, that would not resolve shortages if there is a prolonged war in Eastern Europe.