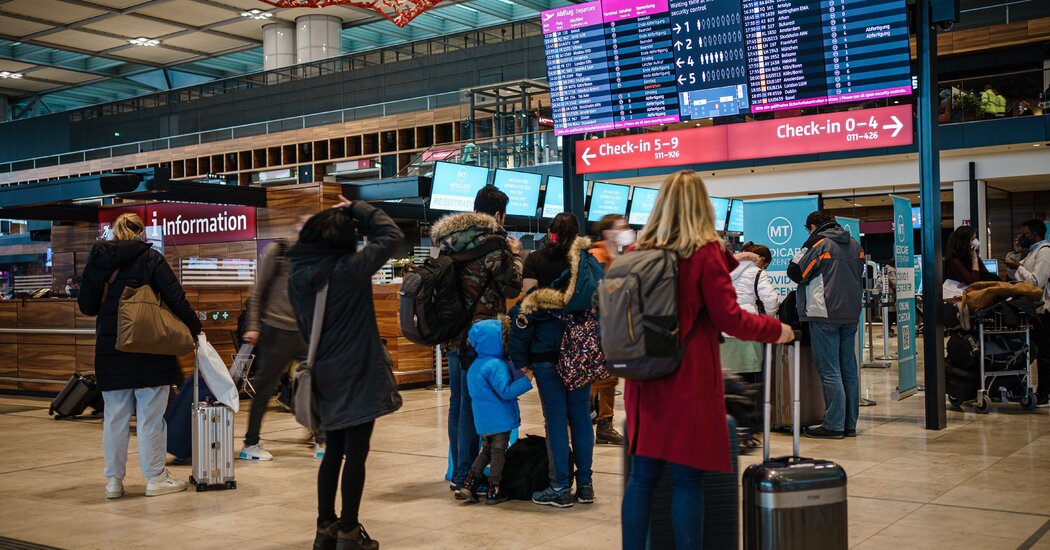 The Food and Drug Administration has formally restricted the use of antibody treatments that lost their once-considerable effect when faced with the Omicron variant, pausing a therapy that had been widely embraced, including by people who eschewed vaccinations.

Many health systems stopped using the antibody treatments weeks ago as Omicron surged. And while doctors have welcomed the news of additional treatments like antiviral pills, they say the trickle of pills and other treatments are no match for the geyser of new cases.

The F.D.A. said on Monday that it was limiting the emergency use authorizations of the Regeneron and Eli Lilly antibody treatments to say the infusions should not be used now, with the Omicron variant dominant, which the Centers for Disease Control and Prevention has estimated at 99.5 percent of all new cases nationally.

During an earlier wave driven by the Delta variant, those Regeneron and Lilly medications were effective at keeping infected people out of the hospital if given early enough. As Omicron emerged, it became apparent that the treatments would not neutralize the virus, and large health systems, including some in New York City, stopped using them in December.

Federal officials moved to pause their use soon after but were rebuked by Republican governors saying they could still help some patients with the Delta variant. That has become an increasingly shaky position, given the difficulty most doctors have in figuring out which variant each patient has.

Since then, one monoclonal antibody treatment by GlaxoSmithKline and Vir Biotechnology has remained effective against Omicron, though doctors have said it is in short supply. Physicians on the front lines who stopped using the ineffective treatments in December immediately began looking for replacements as cases soared.

Federal officials in January began shipping the antiviral pills Paxlovid by Pfizer and molnupiravir from Merck. The medications have proven complicated to dispense, given Paxlovid’s interactions with many other drugs and molnupiravir’s risks to patients of childbearing age.

They have also been hard to find, with doctors saying they have to place dozens of calls to find pills in stock at pharmacies.

“In my view, those drugs are not really available, essentially to us, at all,” Dr. Morocco said.

Despite the lack of efficacy in the Regeneron and Eli Lilly products, federal data show that nearly 20,000 doses were given to patients last week alone, with the heaviest use in Florida, Louisiana and Michigan.

The treatments, widely considered safe, can have side effects including shortness of breath, nausea and vomiting.

Options for the early treatment of Covid continue to expand. On Friday, the F.D.A. approved the use of remdesivir for outpatients, as researchers found it effective at reducing hospitalizations when used early.

Brii Biosciences has announced that its monoclonal antibody works well against Omicron and is under review by the F.D.A.

He said quantities were so sparse that early treatments are going to the leukemia patients with the highest risk of death from Covid. And given the current delays in testing, matching the highest-risk cancer patients to the handful of treatments is a major undertaking.

“The thing we tell patients is you need to do everything you can to not get this,” he said, “because it can still be pretty dangerous.”