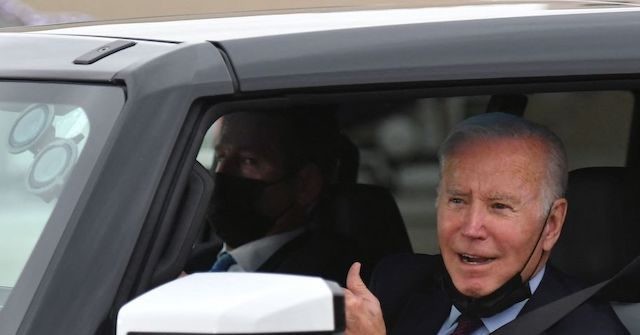 One-third of Americans have changed their Fourth of July plans due to high gas prices, an Emerson College Poll released Friday found.

The survey, taken June 28-29 among 1,271 registered voters, found that 33 percent have actively changed their travel plans this holiday weekend due to consistently high gas prices.

“Regarding airfare, 18% have changed plans because of issues with plane travel,” the survey found.

Not only that, but the cost of throwing a Fourth of July weekend cookout has jumped drastically, up 17 percent from last year, according to the American Farm Bureau Federation (AFBF):

Survey results showed the retail price for 2 pounds of ground beef at $11.12, up 36% from last year. Meanwhile, the Agriculture Department’s Producer Price Index indicates that compared to a year ago, farm-level cattle prices are up 17.5%, but wholesale beef prices are down 14%. This serves to highlight the differences between farm-level, wholesale and retail beef prices and how the events of the last few years have had significant impacts on the beef production and cattle pricing cycles, making them all hard to predict.

A recent YouGov/CBS News Poll showed a majority of Americans indicated that the rising cost of food is affecting them “a lot.”

“Fireworks are not the only thing exploding this holiday, as prices are soaring higher than any bottle rocket,” Republican National Committee (RNC) Chairwoman Ronna McDaniel said in a statement.