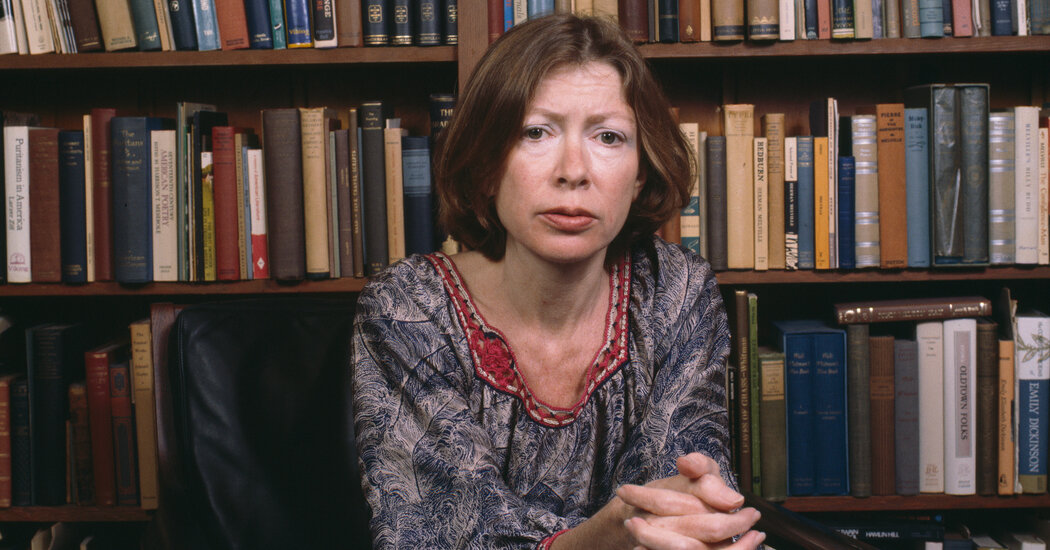 Accounts of her political transformation often place a special stress on “Where I Was From,” her revisionist 2003 meditation on her native state and familial mythos. Writing in The New Republic after her death, Jacob Bacharach described it as “a narrative of conversion — or, maybe, of repudiation: the discovery, after a lifetime of unthinking faith, that the same lifetime’s worth of steadily accumulating doubts suddenly rolls down the mountainside and drowns out the old, mumbled liturgies.” Writing in 2015, Louis Menand in The New Yorker called it “the central book in Didion’s career.”

If we regard Didion’s career primarily in terms of her conversion, then Menand is right — “Where I Was From” offers the clearest sense of transformation, woven together with a critique and even repudiation of some of her early writing. But if you read the book side by side with that earlier work — from “Run, River,” the Californian novel her later book critiques, to “Notes From a Native Daughter,” an essay in “Slouching Towards Bethlehem” — it feels overlong and overcooked, less a radical revision and more a too-literal unpacking of the uncertainties and ambiguities that she handled with more subtlety and complexity early on.

In a key moment in “Where I Was From,” Didion takes her daughter, Quintana, to Old Sacramento, to show her the places steeped in family lore, and partway through realizes the falsity of the experience:

Now here is Didion in “Notes From a Native Daughter,” making a similar point but with more ambiguity:

It is hard to find California now, unsettling to wonder how much of it was merely imagined or improvised; melancholy to realize how much of anyone’s memory is no true memory at all but only the traces of someone else’s memory, stories handed down on the family network. I have an indelibly vivid “memory,” for example, of how Prohibition affected the hop growers around Sacramento: The sister of a grower my family knew brought home a mink coat from San Francisco, and was told to take it back, and sat on the floor of the parlor cradling that coat and crying. Although I was not born until a year after Repeal, that scene is more “real” to me than many I have played myself.

See how the earlier essay, the earlier passage, contains the later idea — the falseness or unreality of family history and personal memory — but also conveys more complexity and mystery, the way that something can be unreal and real at the same time, the impossibility of making the clean separation between past and present, narrative and memory and experience, that the later book tries more crudely to establish.

Though perhaps I am also drawn to the earlier Didion’s ambiguities because I am myself from California in a peculiar, attenuated way, and I have my own borrowed memories that I’m reluctant to give up. I was born in San Francisco, my father grew up in Santa Monica, and my sister lives in Los Angeles today. But I have never really lived there; we were distant from my father’s family growing up, and so my strong sense of that other coast, my powerful feeling of connection, is entirely the result of those “traces of someone else’s memory” — plus, of course, many years of reading the essays of Joan Didion.

The migration Didion made away from a certain kind of conservative nostalgia, Bacharach suggests in his essay, is “a metonym for a larger American experience of history as a dream from which we have to wake up in order to write it down.”

But Didion’s best work, even when it wasn’t her last word, denied the reader precisely that kind of clean dichotomy. The dream alone can be dangerous; it can curdle into ideology and fantasy. But the waking world isn’t all there is either, and you can’t describe reality fully unless you stay partway inside the dreams, the myths, the memories that don’t belong to you alone.