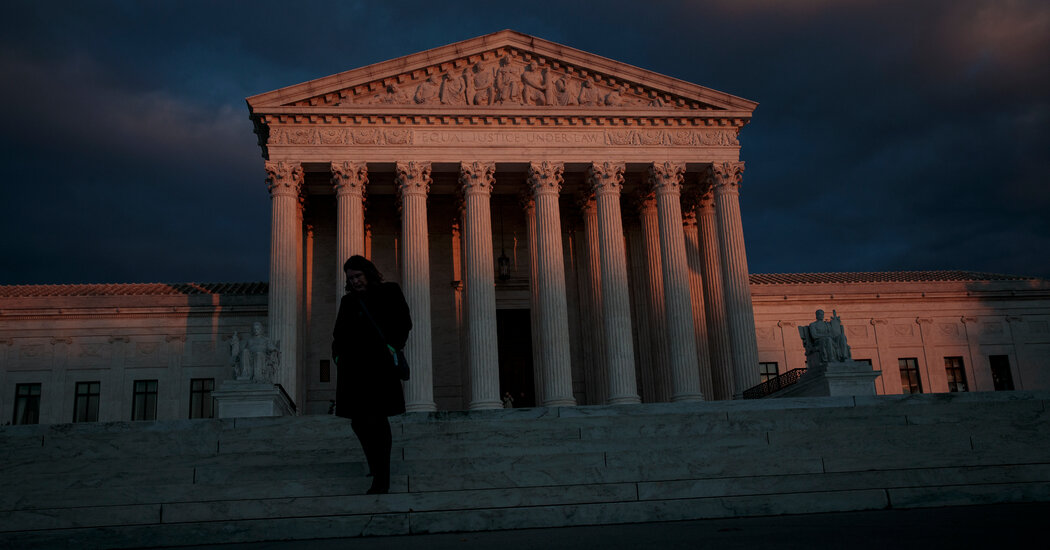 It was the court in 1857, in the Dred Scott case, that ruled that the framers believed Black people were “beings of an inferior order,” and “so far inferior, that they had no rights which the white man was bound to respect; and that the Negro might justly and lawfully be reduced to slavery for his benefit.”

As Douglas A. Blackmon laid out in his brilliant book, “Slavery by Another Name,” it was the court that in 1883 “ruled that the Civil Rights Act of 1875, the one federal law forcing whites to comply with the provisions of the 14th and 15th Amendments — awarding voting and legal rights to Blacks — could be enforced only under the most rare circumstances.” As Blackmon put it, “civil rights was a local, not federal issue, the court found.”

Alito used similar logic in the leaked draft of his decision overturning Roe.

It was the court that sanctioned the architecture of Jim Crow in its “separate but equal” ruling in the 1896 Plessy v. Ferguson case. And it has continued to hand down oppressive rulings since then.

In 1927, the court upheld the forced sterilization of the disabled. In 1944, it upheld the internment of Japanese Americans. In 1986, it upheld sodomy laws in Georgia.

And now the court has signaled a willingness to revisit some of its previous rulings that increased equality and curbed oppression. In 2013, the court gutted the Voting Rights Act, and now we are entering a new Jim Crow era, as conservative state legislatures implement waves of voter restrictions. In just a few short weeks, the fundamental right enshrined in Roe nearly 50 years ago could disappear overnight for millions of American women. What’s next? Is anything truly safe? The answer is “no.”

The court is not bound by public opinion, the will of the voters or changing mores.

The court is a permanent council that answers to no one. It can behave as it chooses. The robes can go rogue.

This is the power Republicans want — the power to overrule the will of the majority — and the courts are one of the only areas where that power can be guaranteed. Conservative activists have fought for decades for this moment. Two Republican presidents, George W. Bush and Donald Trump — neither of whom won the popular vote when they were first elected — appointed five of the nine justices on the current court.