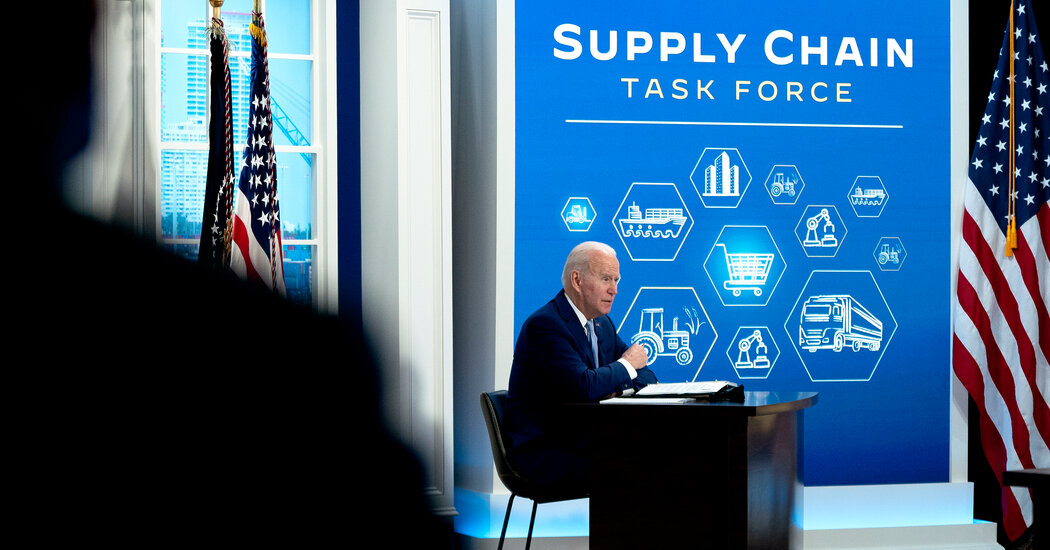 Now the Biden administration fears that its supply problems will wipe out its demand successes. In recent remarks, Biden took aim at those who would lower prices by breaking the buying power of the working class. “If car prices are too high right now, there are two solutions,” Biden said. “You increase the supply of cars by making more of them, or you reduce demand for cars by making Americans poorer. That’s the choice. Believe it or not, there’s a lot of people in the second camp.”

He’s right, but this is a practical fight, not just an ideological one, and the Biden administration is making its own mistakes. His administration is suffering right now from directly mismanaging Covid supplies. It did an extraordinary job in its first months, flooding the country with vaccines. Today, any adult who wants one, or three, can get the shots. But vaccines aren’t the only public health tool that matters, and there was every reason to believe the Biden administration knew it. The American Rescue Plan had about $20 billion for vaccine distribution, but it had $50 billion to expand testing and even more than that to retrofit classrooms so teachers and children alike would feel safe. Where did that money go?

Getting the pandemic supply chain right would help ease every other supply chain, too. If Americans could move about their lives more confidently, they could buy services instead of things, and if companies could test and protect their work forces more effectively, they could produce and ship more goods.

But the Biden administration hasn’t fully embraced its role as an economic planner. When Jen Psaki, the White House press secretary, was asked about testing shortages in December, she shot back, “Should we just send one to every American?”

Psaki’s snark soon became Biden’s policy. The administration is launching a website where any family can request four free tests. That’s a start, but no more than that. For rapid testing to work, people need to be able to do it constantly. But because the administration didn’t create the supply of tests it needed months ago, there aren’t enough tests for it or anyone else to buy now. Part of this reflects the ongoing failure of the Food and Drug Administration to approve many of the tests already being sold in Europe.

The same is true, I’d argue, about masks. There’s simply no reason every American can’t pick up an unlimited supply of N95s and KN95s at every post office, library and D.M.V. Instead, people are buying counterfeit N95s on Amazon and wearing cloth masks that do far less to arrest spread. Now the Biden administration is moving toward supplying masks. But more needs to be done: How about ventilation? How about building the vaccine production capacity needed to vaccinate the world and prevent future strains from emerging? How about building capacity to produce more antiviral pills so that the next effective treatment can ramp up more quickly?

For decades, Democrats and Republican administrations alike believed the market would manage supply. We live in the wreckage of that worldview. But it held for so long that the U.S. government has lost both the muscle and the confidence needed to manage supply, at least when it comes to anything other than military spending. So Biden’s task now is clear: to build a government that can create supply, not just demand.

This may not be the presidency Biden prepared for, but it’s the one he got.