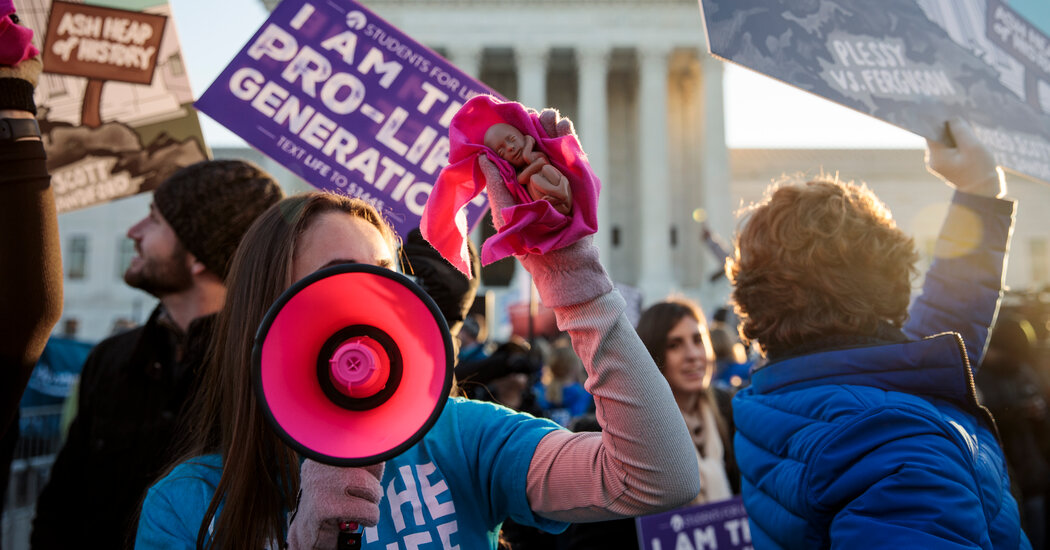 Indeed, that equivalence between a human being and a human person, historically speaking, is what scholarly proponents of fetal personhood lean on to defend their originalist constitutional claims that “person” in the 14th Amendment includes unborn human beings.

As the appendix to the court’s opinion in Dobbs shows, in the 19th century nearly every state’s code, in various words, included prohibitions against intending to procure an abortion in a woman with child — and these laws were often part of state codes’ “crimes against the person.” And the drafters of the 14th Amendment knew how to exclude the unborn from the category of “persons.” The drafters did so when they defined which persons were entitled to citizenship: “all persons born or naturalized in the United States.” They did not include the word “born” with “any person” in either the due process or equal protection clauses of the amendment.

But with the 14th Amendment jurisprudence of Roe and especially the 1992 Planned Parenthood v. Casey ruling came the focus on the personal autonomy of women seeking abortions, which implicitly demoted the legal status of their unborn children. Roe, grounding its holding in the “right to privacy,” cited longstanding family privacy and autonomy cases. Casey drew out the autonomy theme more explicitly: “These matters, involving the most intimate and personal choices a person may make in a lifetime, choices central to personal dignity and autonomy, are central to the 14th Amendment.” Women’s autonomy — or absolute self-ownership — required the right to exclude her child from her body. Furthermore, Casey claimed, as the dissent in Dobbs underscores, that such autonomy was necessary for women’s equal participation in economic and social life.

But another vision for women’s equality and liberty exists that challenges rather than accepts the ideal of autonomy. The 18th-century English philosopher Mary Wollstonecraft, author of “A Vindication of the Rights of Woman,” and her heirs who were in the 19th-century American women’s rights movement sought civil and political rights so they might better fulfill their responsibilities to others. As Wollstonecraft reasoned, “The only method of leading women to fulfill their peculiar duties is to free them from all restraint by allowing them to participate the inherent rights of mankind.”

So while Wollstonecraft viewed persons as individuals justly protected by rights, as she vied for equality, she urged both women and men not to dismiss their responsibility to others. For her, maternal and paternal responsibilities began not when the child was born, but when he or she was still developing in the mother’s womb. Achieving the kind of moral maturity that would regard service to and care of others as life-giving and fulfilling was life’s goal.

As the nascent child shares her mother’s body, the mother depends upon many others for her own sustenance and flourishing. This is the case in every pregnancy, of course. But the need of the expectant mother becomes more acute when she is poor or ill, or her life or health is endangered by the pregnancy. The woman with child means two vulnerable patients for doctors to care for and for insurance to support; capacious workplace accommodations and financial assistance; paternal duties expected, not ignored.

Without robust societal support of pregnant women and child-rearing families, too many women will be left to regard their unborn children as trespassers on their already taxed lives rather than unbidden gifts that open new horizons to them. These women need society’s utmost assistance — not abortion, or scorn.

Erika Bachiochi is a fellow at the Ethics and Public Policy Center, a conservative think tank, a senior fellow at the Abigail Adams Institute, and the author of “The Rights of Women: Reclaiming a Lost Vision.”