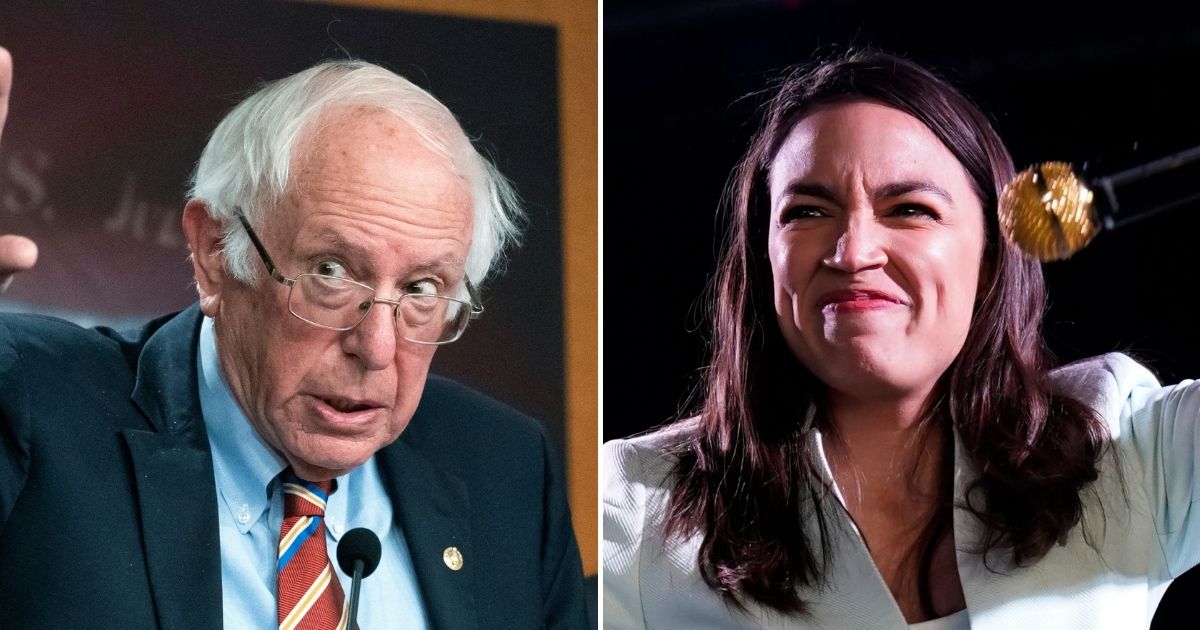 The left has gotten a lot of mileage out of accusing Fox News’ Tucker Carlson of echoing Russian President Vladimir Putin’s talking points. Perhaps they ought to start looking for that in their own ranks.

A socialist organization which counts both independent Sen. Bernie Sanders of Vermont and New York Democratic Rep. Alexandria Ocasio-Cortez as members has decried the war in Ukraine as “imperialist expansionism” and said the United States needed to pull out of NATO, according to the New York Post.

Despite this, the outage against the Democratic Socialists of America’s statement has gotten nowhere near the attention as the veritable jihad by the left against Tucker Carlson — one that’s been echoed by the establishment media. Not that this is any surprise. Here at The Western Journal, we’ve been chronicling the left and the media’s double standard for years — and we’ll continue doing so. You can help us bring readers the truth by subscribing.

“DSA reaffirms our call for the U.S. to withdraw from NATO and to end the imperialist expansionism that set the stage for this conflict,” the group’s statement read.

“While the failures of neoliberal order are clear to everyone, the ruling class is trying to build a new world, through a dystopic transition grounded in militarism, imperialism and war. Socialists have a duty to build an alternative.”

One sentence of the Feb. 26 statement from the largest socialist organization in America was given over to condemning the invasion and demanding diplomacy. The rest was given over to turgid socialist talking points so hackneyed they almost read as parody.

Consider the group’s declaration that they “stand in solidarity with the working classes of Ukraine and Russia who will undoubtedly bear the brunt of this war, and with antiwar protestors in both countries and around the world who are calling for a diplomatic resolution.”

“This extreme and asymmetrical escalation is an illegal act under the United Nations Charter and severely threatens the livelihoods and well-being of working-class peoples in Ukraine, Russia and across the region,” the DSA noted.

Do you support sanctions on Russia?

They also claimed there was “no solution through war or further intervention” and that the way to resolve it was an “immediate international antiwar response demanding de-escalation, international cooperation and opposition to unilateral coercive measures, militarization and other forms of economic and military brinkmanship that will only exacerbate the human toll of this conflict.”

Vladimir Putin hasn’t been much chagrined in the past by peace protesters or those “demanding de-escalation [and] international cooperation,” if the last two decades are any judge. But, hey, if we keep on trying, maybe he’ll stop before he takes the rest of the former Soviet republics, too.

As for “unilateral coercive measures” and “economic … brinkmanship,” do note that the only thing that can potentially persuade the Russian leader short of the threat of armed conflict — sanctions — both fall under this umbrella. The DSA, in other words, is demanding the world follow measures proven not to work and abandon all those which might.

Beyond that, the DSA stressed “the crucial need to accept any and all refugees resulting from this crisis” and claimed “[m]uch of the next ten years are coming into view through this attack.

“While the failures of neoliberal order are clear to everyone, the ruling class is trying to build a new world, through a dystopic transition grounded in militarism, imperialism, and war. Socialists have a duty to build an alternative,” the statement continued, before concluding: “No war but class war.”

Don’t Listen to the Left: Here’s What West Virginians Really Think of Manchin’s ‘No’ to Biden

When the DSA’s Los Angeles chapter responded in a tweet, saying “it’s a good statement, mike,” Gwin responded with a DSA statement from 2014 calling Ukrainian opposition to what was then a pro-Kremlin puppet government a “coup.”

You might want to reevaluate why you referred to the deaths of dozens of Ukrainians seeking democracy and basic freedoms in 2014 as a ‘coup’https://t.co/qfbg3GB27S

For what it’s worth, AOC and Bernie Sanders have both come out strongly against Russia’s actions and for economic sanctions — and all without demanding the United States withdraw from NATO.

But then again, neither has withdrawn from the Democratic Socialists of America or disavowed the statement, either. Given how shameful it is, that’s the least that two of the most powerful liberals in Congress can do. They’re certainly not averse to crowing loudly about the perfidies of Tucker Carlson and Fox News, after all. Perhaps they can do some angry shouting about an outrage that’s far closer to home.