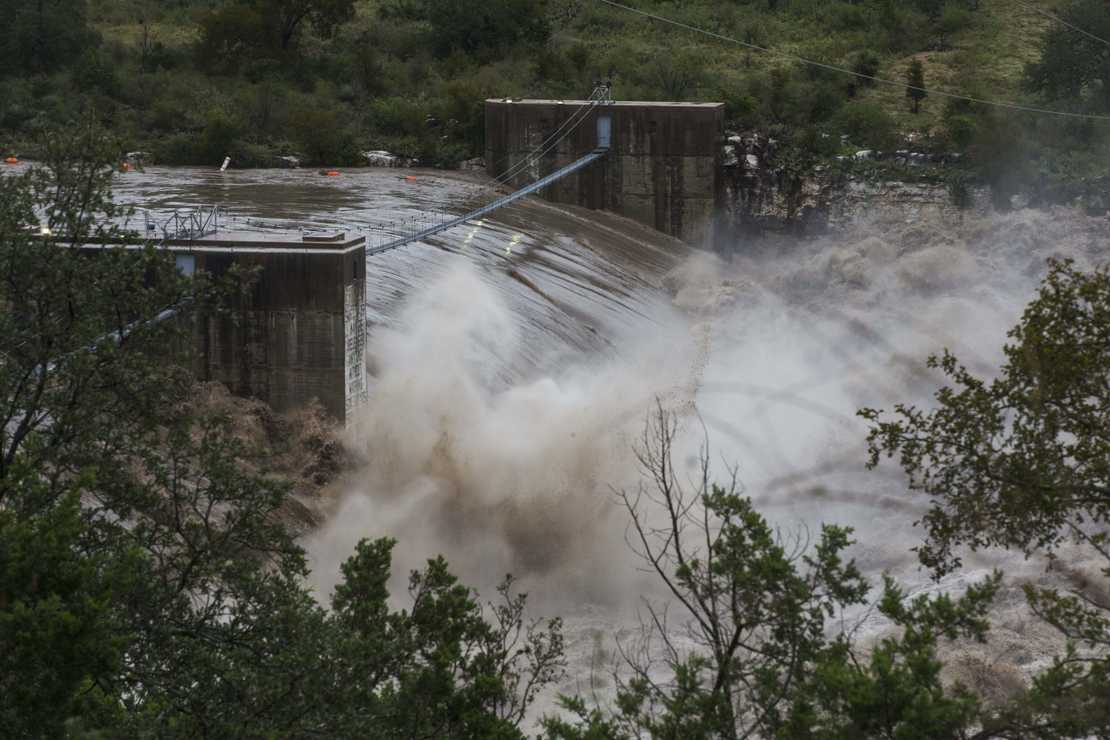 Californians have long been nervously waiting for “the big one” to hit. This has always been a reference to a literally ground-shattering earthquake up near magnitude 9 that could level significant parts of the state. (Some doom-porn enthusiasts have claimed large parts of the state might simply fall into the ocean.) But now there is a different sort of “mega” disaster on the horizon, at least according to one group of scientists. Rather than a megaquake, they are warning of the almost inevitable arrival of a megaflood that would wind up being “the most expensive natural disaster in history.” Such an event would trigger disastrous flooding across much of the state. And they say that it’s happened before many times and there’s another one coming, probably in the next forty years. (KCRA)

It’s not an earthquake. And it isn’t the mega drought. It’s actually the exact opposite. A megaflood.

A new study by Science Advances shows climate change has already doubled the chances of a disastrous flood happening in California in the next four decades. And experts say it would be unlike anything anyone alive today has ever experienced.

Daniel Swain, a climate scientist with UCLA and a researcher involved in the study, describes a megaflood as, “a very severe flood event across a broad region that has the potential to bring catastrophic impacts to society in the areas affected.”

If you read through the entire article you will see more references to climate change than you can shake a stick at. But the last one of these megafloods to hit California took place in the winter of 1861-1862. That was well before the full advent of the industrial age when man’s “carbon footprint” was almost entirely invisible. And the geological record indicates that this has happened to California countless times before that. The authors of the study seem to give a nod to that reality but insisted that climate change is now “speeding up” the process.

There is no denying that the 1862 floods were horrendous. Starting in December of 1861, torrential rains pounded the inland areas almost continuously for 43 days. In barely a week, the San Joaquin and Sacramento valleys were turned into “a vast inland sea.” Sacramento was under ten feet of water for months. At least 4,000 people died and many others were never found.

The cause of this rare event is “atmospheric rivers,” a term I hadn’t heard before this. They are narrow but heavy bands of air carrying the maximum amount of water possible across the Pacific. When they run into the mountainous interior area of California and begin to rise, they dump all of that water down the slopes and across the central inlands of the state. The damage can reach from San Francisco to Los Angeles.

So what can we do to prepare for this, now that we’ve been assured that it’s on the way? Not much, really. The reality is that we are still unable to effectively relocate millions or tens of millions of people in that short of a period of time. As a civilization, we’ve been aware of this problem for quite some time, but it’s such a huge challenge with no logistically feasible solution that we tend to ignore it.

It’s not all that different than the massive threat that looms over the residents of Washington and Oregon, along with parts of northern California and the lower Canadian Pacific coast. Located roughly 100 miles off the coast is a massive geologic fault known as the Cascadia Subduction Zone. When (not “if”) that fault snaps again, it will send a tsunami potentially more than 100 feet high and traveling at incredible speed straight to the west coast. It will take an estimated 15-20 minutes to reach land. Tens of millions of people will not be evacuated to higher ground in that period of time. Most of them will die. We have the geological record of the many times it’s happened in the past on a regular basis and some geologists believe we may be close to being overdue for the next one.

Unfortunately, sometimes Mother Nature can take some frighteningly violent turns and it’s been this way forever. There were earthquakes, floods, and tsunamis taking place long before people came down from the trees, to say nothing of when we started pumping oil out of the ground. And they aren’t going to stop. This beautiful Earth is our only home (at least for now), but sometimes she is a dangerously cantankerous mistress.